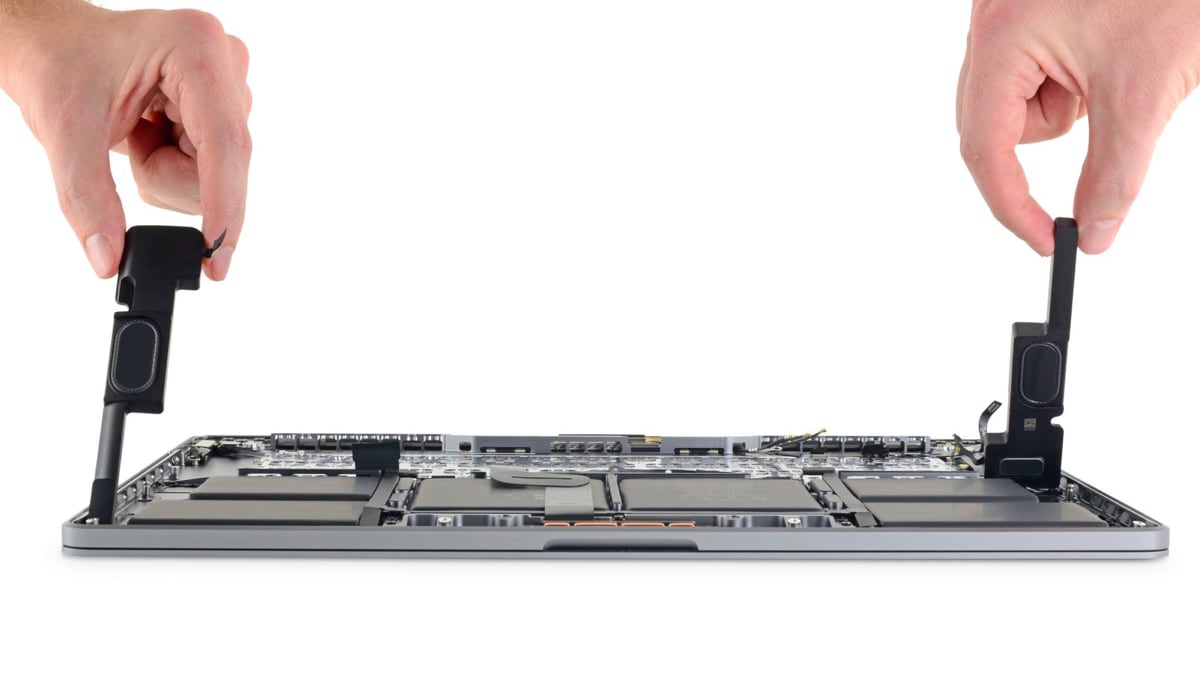 Apple launched the much-rumoured 16-inch MacBook Pro model last week, marking the return of scissor-style switches in a redesigned keyboard. iFixit confirmed the presence of a new keyboard design in its recent teardown. In case you’re wondering what else has changed, iFixit is out with its complete teardown of the 16-inch MacBook Pro model. While there are some fresh, welcome changes, some things still remain common with older MacBook Pro models.

The 16-inch MacBook Pro model features larger exhaust holes along with larger blades on fans that can push out 28 percent more air, promising a more efficient cooling system. The improved thermal system should be able to dissipate heat quickly.

However, the new keyboard frame of the 16-inch MacBook Pro is riveted in place. That will make it almost equally repairable as older butterfly keyboards, according to iFixit. But with new scissor switches, it’s probably less likely for these new keyboards to fail as frequently as the older keyboards.

iFixit’s teardown also revealed the new six-speaker system in the 16-inch MacBook Pro model along with the presence of three microphones. Besides, iFixit claims the 99.8Whr battery inside the new model is the ‘largest battery’ they’ve seen in a MacBook model. With all the new enhancements, Apple’s new 16-inch MacBook Pro model still scored a repairability score of 1 (out of 10) in iFixit’s teardown.

Huawei Plays Down Impact of New US License Extension

Yandex to Restructure Under Government Pressure