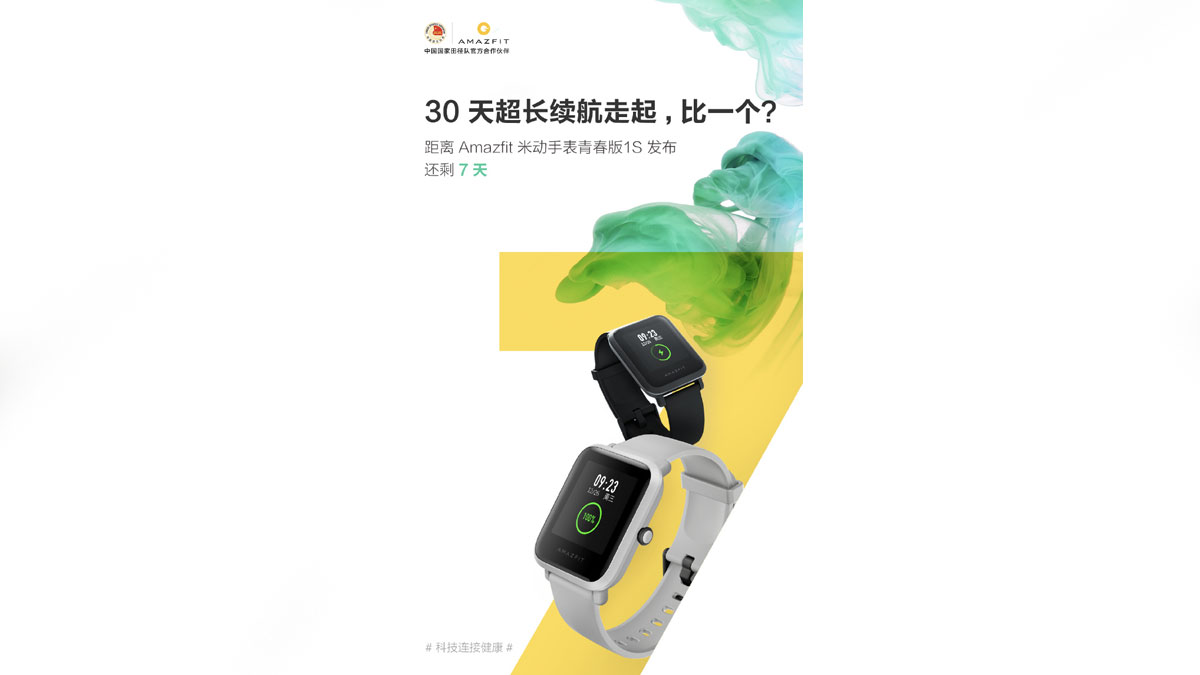 Xiaomi-backed Amazfit has been in the wearables market for quite some time now. We were impressed with the battery life on the Amazfit Bip Lite when we tested it out. Now, the brand is looking to launch a new smartwatch in the Chinese market called the Amazfit Bip Lite 1S. The company has teased that the product will deliver 30-day battery life. The new smartwatch is set to launch in China on April 30.

Amazfit has mentioned that the upcoming smartwatch will offer 30-day battery life on a single charge that is impressive if it delivers on that claim. The device also has silicone straps just like the Amazfit Bip Lite.

According to a report by GizmoChina, Amazfit Bip Lite 1S will come equipped with a barometer and compass. It is also said to have IP68 rating for dust and water resistance. Further, the smartwatch will be able to handle notifications from a few apps such as QQ, WeChat, and SMS.