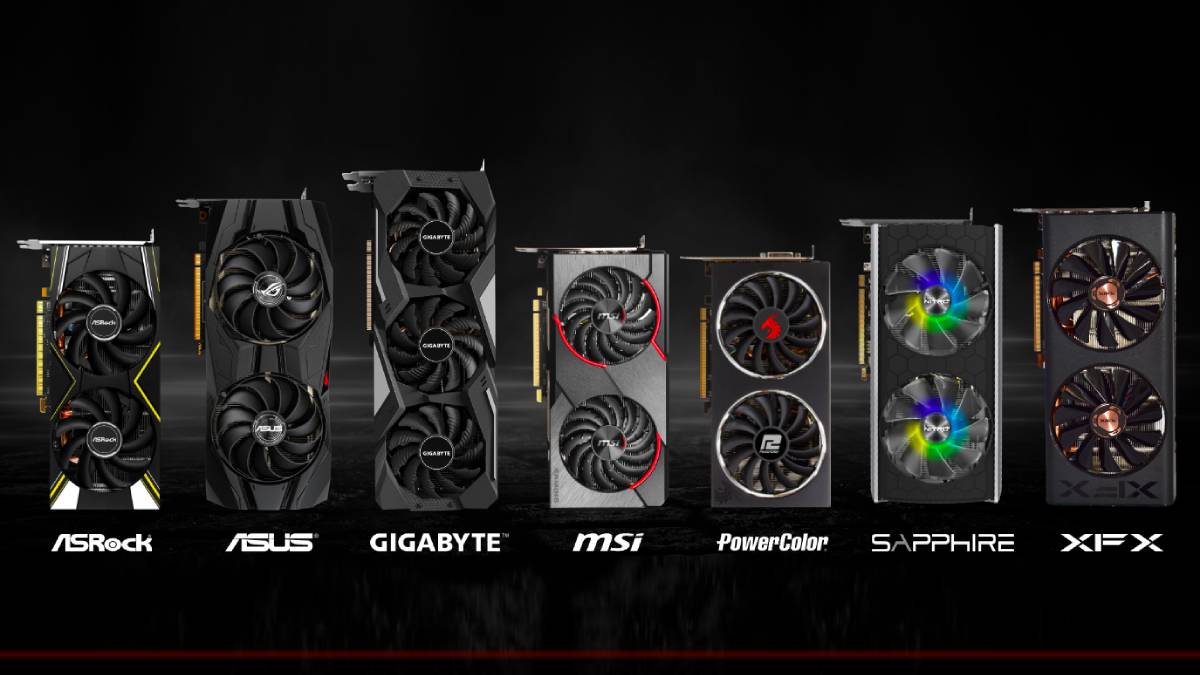 In India, AMD has announced indicative starting prices of Rs. 12,990 and Rs. 14,990 (both excluding taxes) for the 4GB and 8GB versions of the Radeon RX 5500 XT. Graphics cards in both configurations should be available from Asus, Gigabyte, MSI, ASRock, Sapphire, XFX, and PowerColor in various parts of the world starting today. Asus has announced that its customised Asus Dual Evo 5500 XT (8GB) model will be available priced starting at Rs. 17,500 in India, while a Strix series model (also 8GB) will cost Rs. 19,500 and go on sale a week from today.

AMD will not be creating a reference cooler, and so all graphics cards will be custom-designed versions. The company has shown off images of cards from all its AIB partners, and they appear to vary in size, but all feature either two or three fans. Partners will be free to modify clock speeds and power characteristics.

The Radeon RX 5500 XT GPU is built around the same RDNA architecture, 7nm manufacturing process, and PCIe 4.0 infrastructure as the higher-end Radeon RX 5700 series. The GPU features 1,408 stream processors clustered into 22 compute units. The reference boost clock is 1845MHz, while AMD’s “game clock”, or the speed that gamers should expect to see consistently, is 1717MHz. AMD has used 14GBps GDDR6 memory on a 128-but bus. The reference total board power requirement is 130W.

Compared to the three-year-old year old Radeon RX 480, AMD is promising 1.6X performance per Watt, that too from a much smaller physical GPU die. The company is looking to target those who are upgrading from a GPU of that age, especially esports gamers.

AMD is pitching this GPU against the Nvidia GeForce GTX 1650 Super, and promises up to 30 percent better performance in games across a variety of APIs, using Medium to High settings. The hardware also benefits from the recently announced Radeon Software Adrenalin 2020 Edition drivers and utilities.

Interestingly, AMD says that 4GB is still the ideal amount of VRAM for playing games at 1920×1080, but there are specific framebuffer-heavy titles, such as Borderlands 3, Wolfenstein II: The New Colossus, and CoD: Modern Warfare which will benefit significantly by having 8GB of RAM. The company suggests that gamers who aren’t going to upgrade after 2-3 years choose the version with more RAM just to be future-ready.

AMD has also refreshed its Raise the Game bundle, and so every buyer of a Radeon RX 5500 XT graphics card will receive Monster Hunter World: Iceborne Master Edition, as well as a three-month subscription to the Xbox Game Pass service. It is not yet known whether the latter will be applicable to buyers in India.