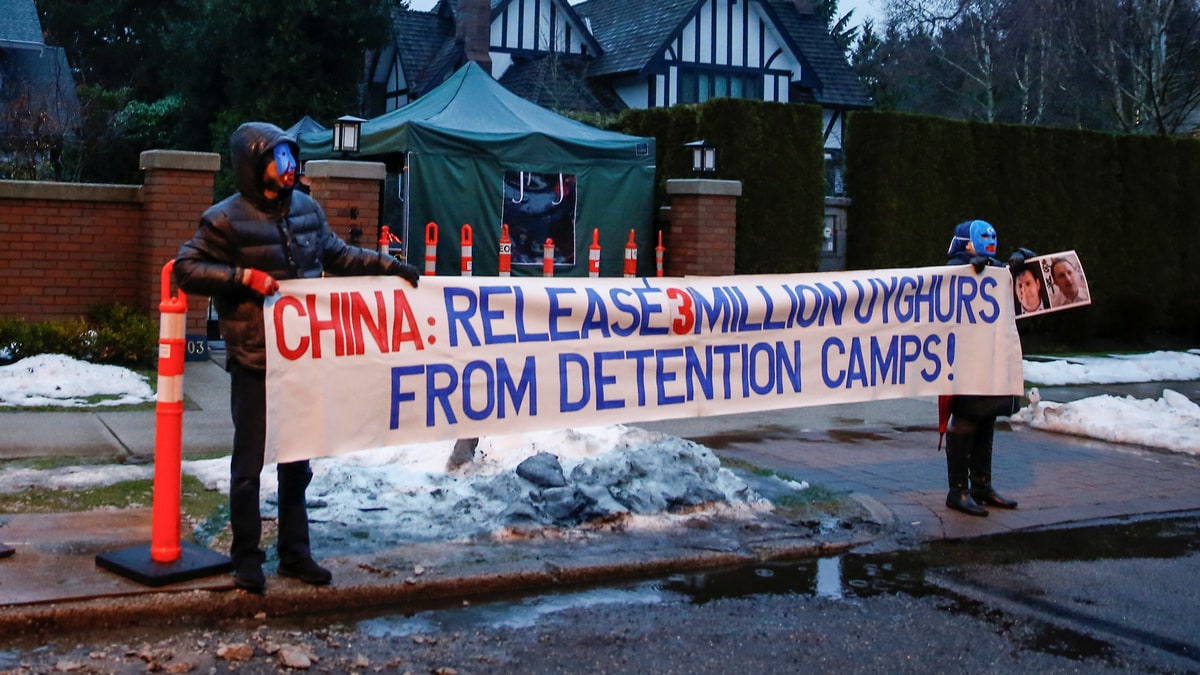 Tens of thousands of ethnic Uighurs were moved to work in conditions suggestive of “forced labour” in factories across China supplying 83 global brands, an Australian think tank said in a report released on Sunday.

The Australian Strategic Policy Institute (ASPI) report, which cited government documents and local media reports, identified a network of at least 27 factories in nine Chinese provinces where more than 80,000 Uighurs from the western region of Xinjiang have been transferred.

“Under conditions that strongly suggest forced labour, Uighurs are working in factories that are in the supply chains of at least 83 well-known global brands in the technology, clothing and automotive sectors, including Apple, BMW, Gap, Huawei, Nike, Samsung, Sony, and Volkswagen,” the think-tank said in the introduction to its report.

The ASPI report said the transfers of labour were part of a state-sponsored programme.

It says the workers “lead a harsh, segregated life,” are forbidden to practice religion, and are required to participate in mandarin language classes.

It also says the Uighurs are tracked electronically and restricted from returning to Xinjiang.

China’s Foreign Ministry on Monday said reports the government had violated the Uighurs’ rights were untrue.

“This report is just following along with the US anti-China forces that try to smear China’s anti-terrorism measures in Xinjiang,” spokesman Zhao Lijian at a regular press briefing on Monday.

The United Nations estimates over a million Muslim Uighurs have been detained in camps in Xinjiang over recent years as part of a wide-reaching campaign by Chinese officials to stamp out terrorism.

The mass detentions have provoked a backlash from rights groups and foreign governments, which say the arbitrary nature of the detentions violates human rights.

China has denied the camps violate the rights of Uighurs and say they are designed to stamp out terrorism and provide vocational skills.

“Those studying in vocational centres have all graduated and are employed with the help of our government,” said the Foreign Ministry’s Zhao, “They now live a happy life.”

The 83 global brands mentioned in ASPI’s report either work directly with the factories or source materials from the factories, it said, citing public supplier lists and the factories’ own information.

One of the factories, O-Film Technology Co Ltd, which has manufactured cameras for Apple Inc’s iPhones, received 700 Uighur labourers as part of the program in 2017, a local media article cited by the report said.

Apple referred Reuters to an earlier statement that said “Apple is dedicated to ensuring that everyone in our supply chain is treated with the dignity and respect they deserve. We have not seen this report but we work closely with all our suppliers to ensure our high standards are upheld.”

The other companies mentioned in the introduction to ASPI’s report – BMW, Gap, Huawei Technologies Co Ltd, Nike Inc, Samsung, Sony Corp, and Volkswagen did not respond to requests for comment on Monday.

O-Film Technology did not respond to a request for a comment either.

ASPI describes itself as an independent think-tank whose core aim is to provide insight for the Australian government on matters of defence, security and strategic policy.