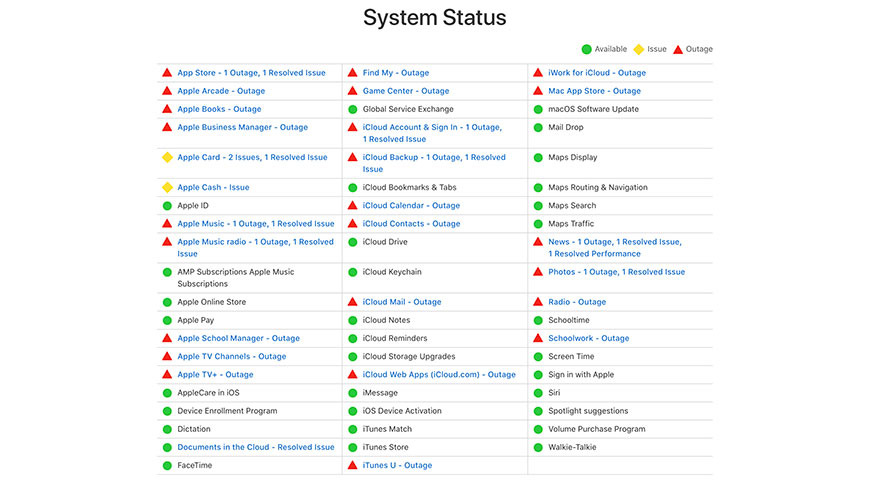 Trouble started at around 8 p.m. Eastern, according to Apple’s System Status webpage. As of this writing, some 25 services have been down for nearly two hours.

“Users are experiencing a problem with the App Store. We are investigating and will update the status as more information becomes available,” Apple said.

The company has not issued a statement on the matter and it is unclear what caused the widespread downtime.

Update 10:52 p.m. Eastern: All services have been restored and are functioning normally.