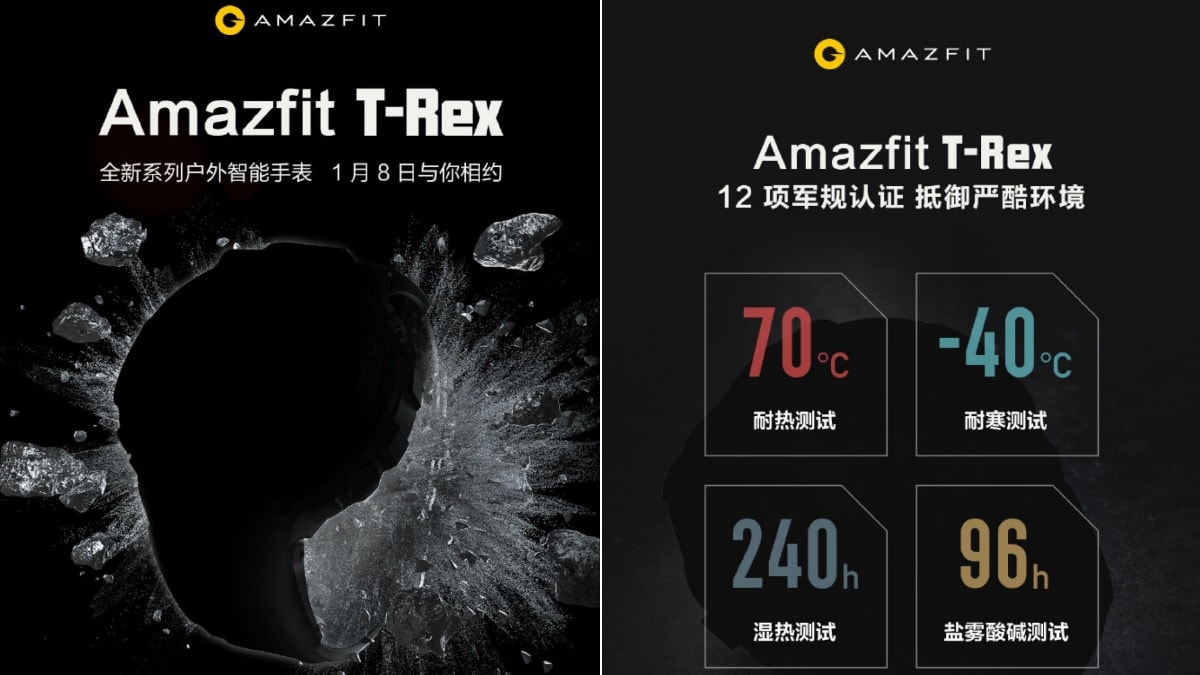 Xiaomi-backed Huami recently confirmed that it will launch the Amazfit Bip S smartwatch at CES 2020. But it appears that it won’t be the only Huami smartwatch to make its debut at the mega tech event in Las Vegas. Huami Technology has announced that the company will also launch a rugged smartwatch called the Amazfit T-Rex on day 2 of CES, which falls on January 8. The company’s teaser suggests that the Amazfit T-Rex will be the first in an all-new series of heavy-duty smartwatches. But prior to its debut, some live images claiming to depict the Amazfit T-Rex have surfaced online.

The Amazfit T-Rex will be the first in a series of new rugged smartwatches from Huami
Photo Credit: Xiaomi Today

But ahead of its official unveiling, some alleged live images of Huami’s Amazfit T-Rex smartwatch have surfaced online. The leaked images, which come courtesy of Xiaomi Today, show a black smartwatch with a visibly rugged build and a round dial sitting atop a thick body. The alleged Amazfit T-Rex’s display appears to be surrounded by four physical buttons for tasks like select and back. An array of sensors can be seen at the back, with one of them looking like a regular heart rate sensor. If the leaked images turn out to be the real deal, the Amazfit T-Rex smartwatch will have a bulky build and a wide wristband to go with its whole rugged smartwatch appeal.