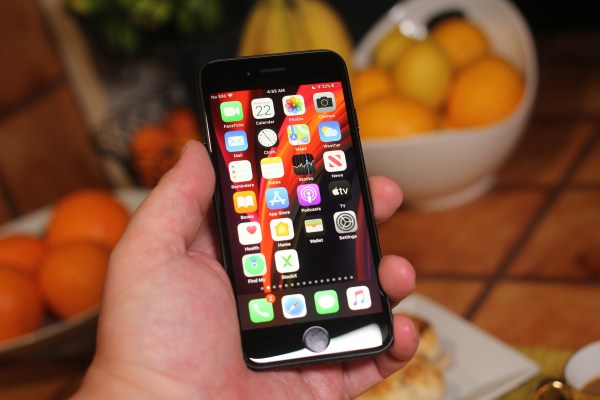 1. iPhone sales are down, ahead of uncertain times for the industry

Apple device sales have taken a hit, but the company’s services are doing swell, according to its latest earnings report. The iPhone, the longtime cornerstone of the company’s hardware portfolio, hit $28.96 billion in revenue for Q2, down from $31.1 billion from this time last year. The iPad and Mac lines saw drops for the quarter, as well.

In fact, a new Canalys report suggests that smartphone sales are down 13% globally.

2. NVIDIA’s top scientist develops open-source ventilator that can be built with $400 in readily-available parts

The mechanical ventilator design developed by NVIDIA’s Bill Daily can be assembled quickly, using off-the-shelf parts with a total cost of around $400 – making it an accessible and affordable alternative to traditional, dedicated ventilators which can cost $20,000 or more.

The company’s net sales were up 26% year-year-over. Of those sales, $41 billion was attributable to product sales and $33 billion to services (which includes AWS, but also streaming and other non-physical goods). CEO Jeff Bezos acknowledged the challenges the company is facing, but he also reiterated that it plans to double down on spending in Q2.

Walmart now hopes to capitalize on the increased demand for speedier delivery with the introduction of a new service that allows consumers to pay to get to the front of the line. The retailer confirmed today it’s launching a new Walmart Grocery service called “Express,” which promises orders in two hours or less for an upcharge of $10 on top of the usual delivery fee.

5. 5 tips for starting a business with a stranger

Co-founder and CEO Sam Pillar argues that his startup Jobber is proof that starting a company with a stranger isn’t just doable, it can even be an advantage. That’s because it allowed them to arrive at big decisions and have productive debate without the baggage and bias of a pre-existing relationship, establishing Jobber’s feedback-oriented culture. (Extra Crunch membership required.)

6. Cliqz pulls the plug on a European anti-tracking alternative to Google search

Cliqz, a Munich-based anti-tracking browser with private search baked in that has sought to offer a local alternative to Google powered by its own search index, is shutting down — claiming this arm of its business has been blindsided by the coronavirus crisis. However, the company is not closing down entirely, and a spokesman confirmed that Ghostery will continue.

Most online coding courses, either free or paid, essentially suggest you download a project or copy-paste code from their snippets going through their courses. Unlike JetBrains, they tend not to include Integrated Development Environments, which are more helpful in the learning process.