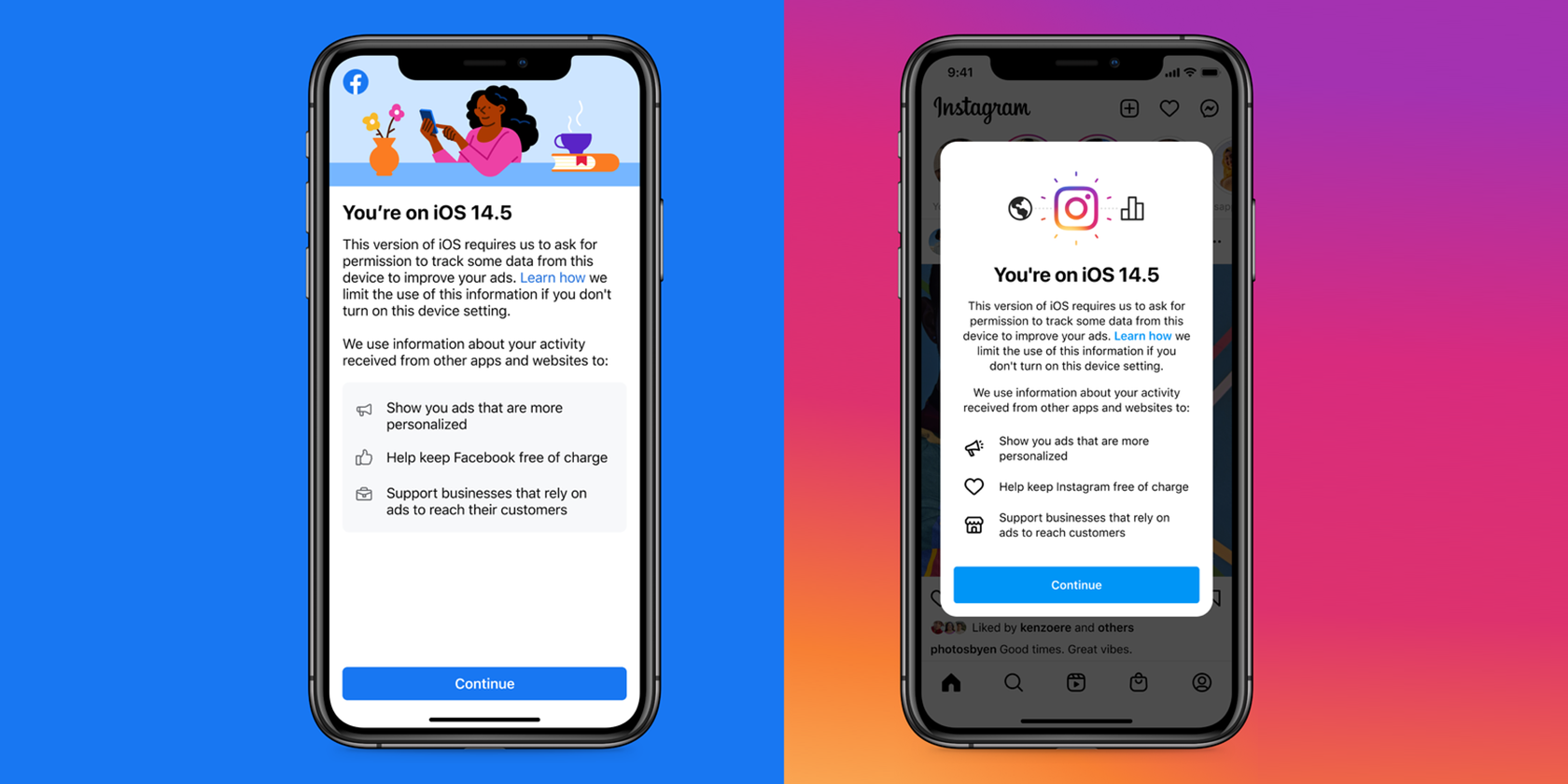 You’ve probably heard the phrase by now: “if you’re not paying, then you’re the product.” It’s sad but true—such is the real cost of social media.

Keeping this in mind, you start to see why Facebook remains in strong opposition of Apple’s’ new privacy options. Much of Facebook’s earnings probably come from personalized ads, after all.

Facebook Tries to Convince You to Enable App Tracking

In continued pushback against Apple’s iOS 14 privacy updates, the iOS apps for Facebook and Instagram have added a new notice. The pop-ups are near identical on both platforms, saying that the company (Facebook owns Instagram) uses info on your activity to help keep the app(s) “free of charge.”

Facebook made a blog post in mid-December 2020 about how it was taking a stand for small businesses, arguing the Apple’s new policies “force businesses to turn to subscriptions and other in-app payments for revenue.”

In February, that post was updated with a mockup of the Facebook notification that appeared before Apple’s security prompt. At the end of April, the post was updated a second time, with what seems to be a redesign and preview for Instagram, as well.

[Apple’s prompt] discourages people from giving their permission, and provides little detail about what this decision means. (…) We will show an educational screen before presenting Apple’s prompt to help people make an informed decision about how their information is used.

Why Does Facebook Oppose the Apple iOS 14 Update So Much?

The iOS 14 update added App Tracking Transparency, which requires all your apps that track user behavior to ask you for explicit permission to do so before anything else. You can tweak this setting for each individual app, or apply the same setting to all apps via the Settings menu.

So the new prompts on Facebook and Instagram are in place to convince you to not turn off user tracking. Otherwise, it’s implied you may have to pay to use these social networks in the future.

The new pop-up designs were first noticed by technology researcher Ashkan Soltani, who also notes in his Twitter thread that Facebook’s homepage once read “free and always will be.” Oh, the sweet potential irony.

That slogan was silently removed from the site in 2019, so clearly that isn’t the case anymore. We may soon see Facebook and Instagram adding premium features or versions of their apps—especially now that Apple’s latest updates just might significantly reduce how much income the company makes from advertisers.

Facebook allows you to convert your photos to 3D versions of themselves that can be viewed from different angles. Here’s how.