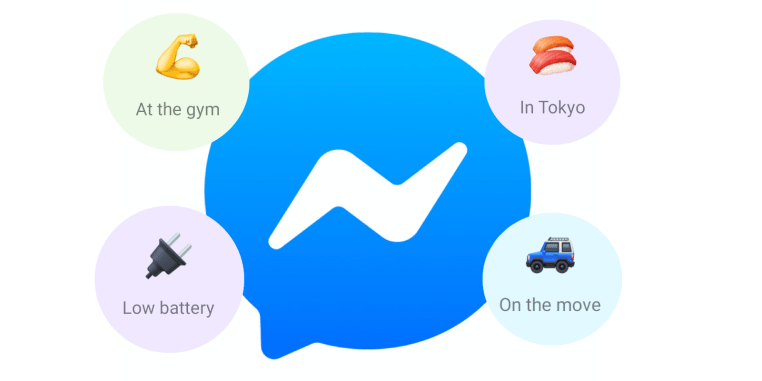 Facebook Messenger could soon automatically tell your closest friends you’re at the gym, driving, or in Tokyo. Messenger has been spotted prototyping a ported version of the Instagram close friends-only Threads app’s Auto Status option that launched in October.

The unreleased Messenger feature would use your location, accelerometer, and battery life to determine what you’re up to and share it with a specific subset of your friends. But instead of sharing your exact coordinates, it overlays an emoji on your Messenger profile pic to indicate that you’re at the movies, biking, at the airport, or charging your phone. 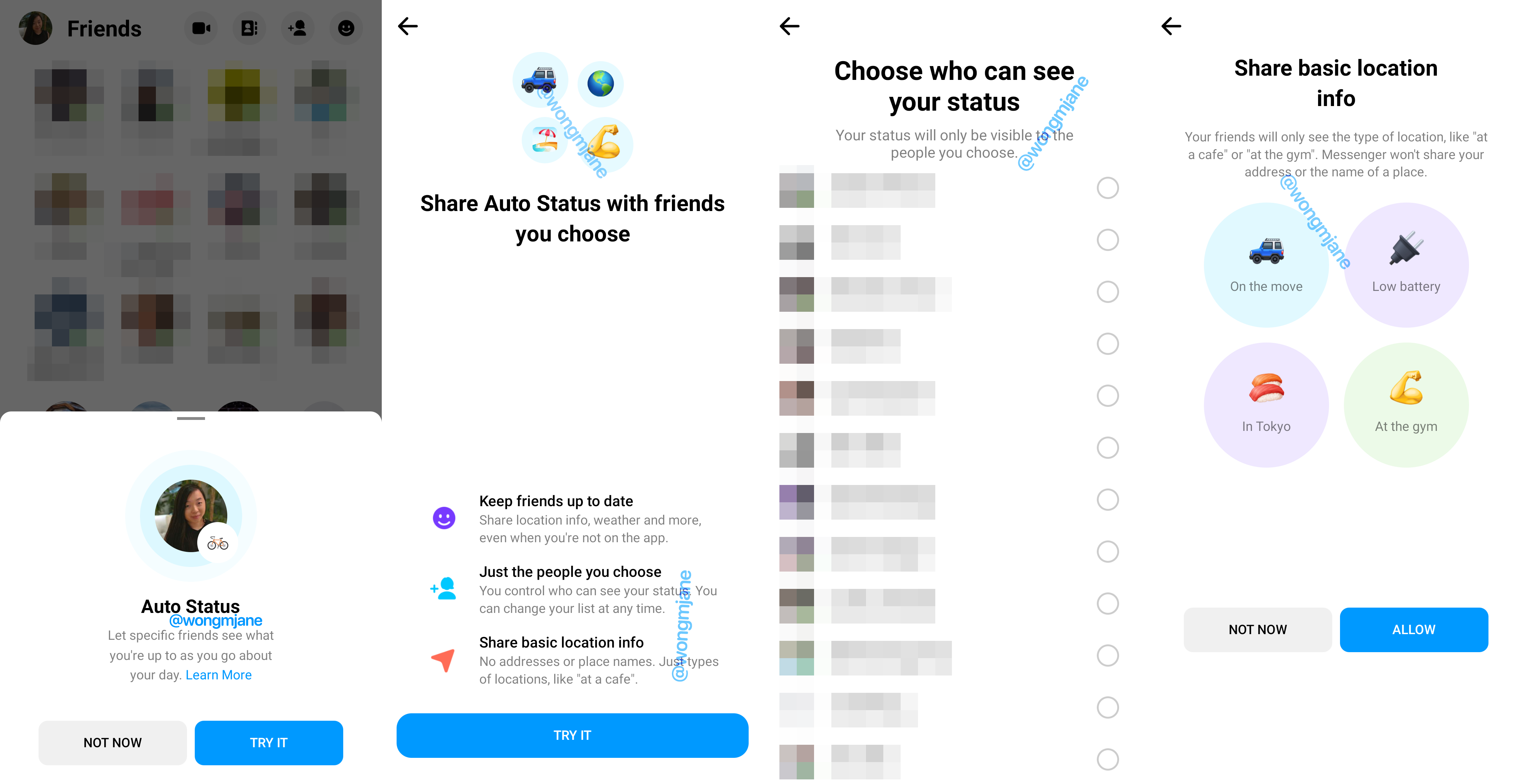 It’s unclear if or when Messenger might launch Auto Status. But if released, the feature could become Facebook’s version of the AOL Away Message, allowing people to stay in closer touch without the creepiness of exact location sharing. It might also help people coordinate online or offline meetups by revealing what friends are up to. Auto Status creates an ice breaker, so if it says a close friend is “at a cafe”, or “chilling” you could ask to hang out.

Facebook has been experimenting in this space since at least early 2018, when its manual Emoji Status was spotted. That allowed you to append an emoji of your choosing to your Messenger profile pic. Then in October Facebook introduced Auto Status, but only in the Instagram side-app Threads. 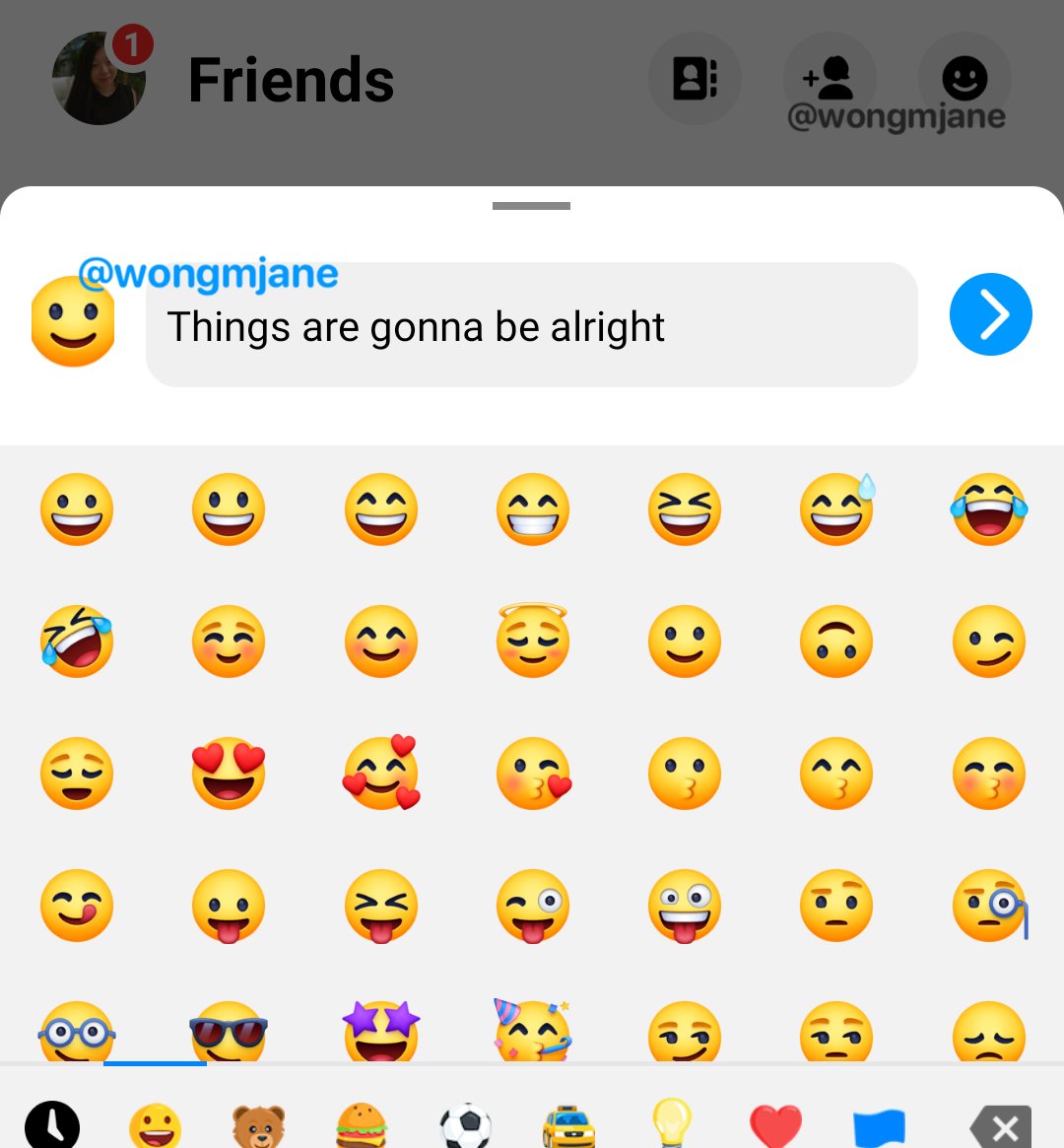 Some users were initially creeped out by the idea of Facebook relaying battery status. But Instagram director of Product Management Robby Stein explained to me that since you might not respond to a message if your phone goes dead or is left on the charger, it’s useful info to relay to friends who might be wondering what you’re doing. 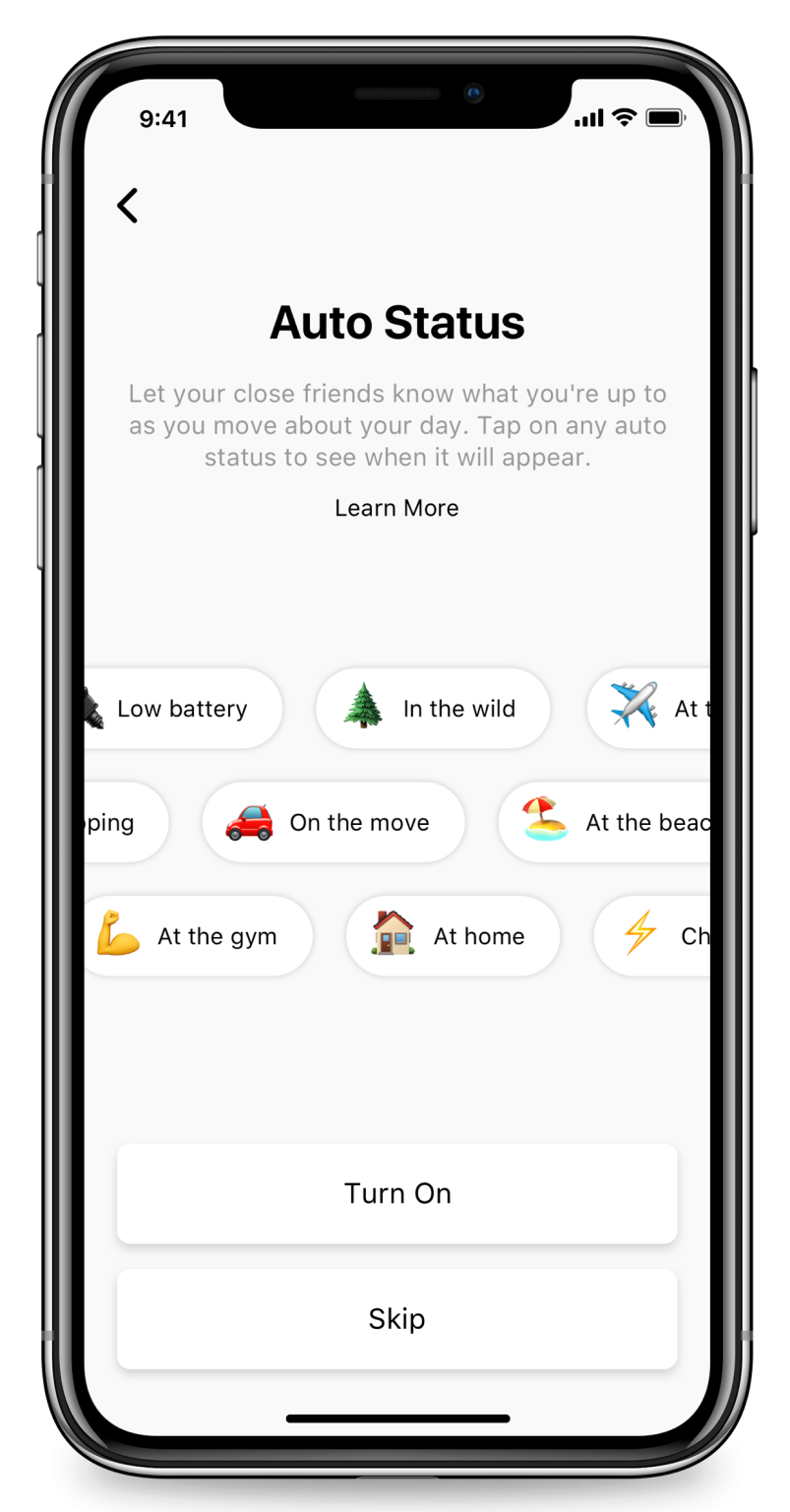 Then earlier this month, reverse engineering master and constant TechCrunch tipster Jane Manchun Wong revealed a new, unreleased version of Emoji Status hidden in Messenger’s Android code. Then today, Wong showed off how she similarly spotted Facebook trying to port Auto Status to Messenger. That would bring the feature to over one billion monthly users compared to the relatively small base for Threads.

With Auto Status, you can “Let specific freidns see what you’re up to as you go about your day. Share location info, weather, and more, even when you’re not in the app.” Auto Status is only visible to a special list of friends you can change at any time, similar to Instagram Close Friends. And the feature shares “no addresses or place names. Just types of locations, like “at a cafe”. Movement (driving, biking, walking), venue (at the movies, airport), cities  (in Tokyo), and battery status (low battery, charging), are some of categories of what Auto Status shares.

A Facebook Messenger communications representative confirmed to TechCrunch that the Auto Status feature was being prototyped by Messenger, noting that “We’re always exploring new features to improve your Messenger experience. This feature is still in early development and not externally testing.” The company also tweeted the statement.

One of the biggest unsolved problems in social networking and messaging remains knowing whether friends are free to chat or hang out without having to ask them directly. Reaching out at the wrong time only to be ignored or rejected can feel awkward, intimidating, and discourage connection later. But if you have a vague idea of what a close friend is up to, you can more deftly plan when to message them, and be more likely to get to spend time together in person or just online.

That could be a cure to the loneliness that endless feed scrolling by ourselves can leave us feeling.