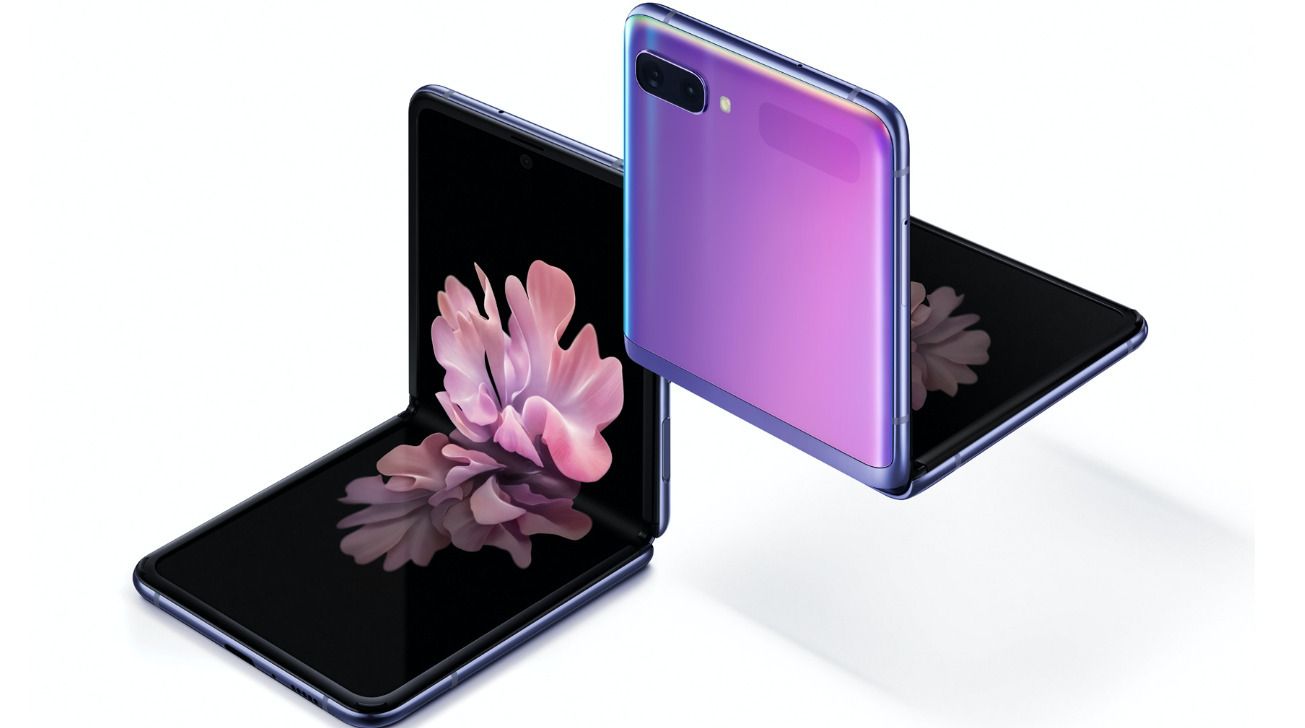 A foldable iPhone or iPad from Apple could include a flexible casing, one that can keep the mobile device’s screen and hardware protected while also coping with the rigors of opening and closing. 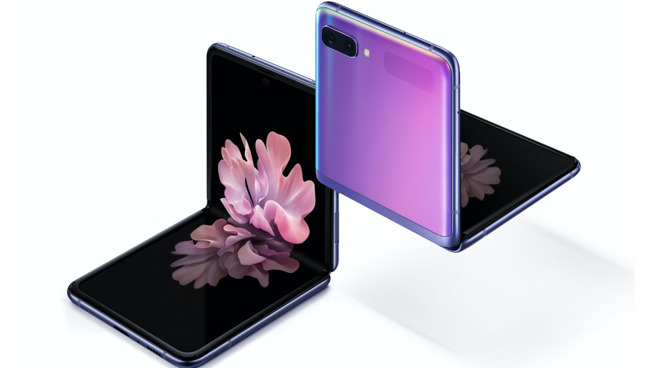 Major device producers like Samsung have created foldable smartphones, with the design challenge largely consisting of working out how the display can be made to flex without breaking over long periods of use. Along with the screen, companies also have to work out ways to house the device, with a chassis and cover that protects but still allows the crucial function of bending and straightening out to work.

In a patent granted by the U.S. Patent and Trademark Office on Tuesday, a “Foldable cover and display for an electronic device” offers how such a smartphone could be created with a flexible display, as well as a cover that can permit the folding action to take place at designated locations.

For the filing, Apple suggests the use of flexible cover sheets and a flexible display layer within the same device, coupled to each other. The two layers are configured to be able to move between two different configurations when folded and unfolded, with the cover layer bending at specific points dubbed a “foldable region.”

An example of how far Apple’s patent concept could bend the cover and the display of a proposed device.

The continuous layer section could be treated to have a variable thickness, to enable it to fold at specific points. This may also include the addition of relief features on the interior or exterior side to allow the material to move, filled with a softer material to provide some support while still remaining malleable.

The use of relief structures and filler is to deal with compressive stress, where a material is pressed down but has nowhere to move to due to the presence of other material, namely itself. The relief takes material away to leave spaces, which allows the material to move more freely without getting in its own way.

The use of panels within the device could also provide extra strength in areas that remain solid and inflexible, while leaving gaps in areas where the device will be able to fold. Again, filler material with more advantageous properties could be used between the strengthening support panels.

By using layers, this could end up with Apple producing a device cable of being bent both with the display on the inside of the fold and the outside, depending on how the relief structures are produced. In theory, this could turn into a multi-fold design, where a device could be folded with two bends, a zig-zag fold similar to a brochure. 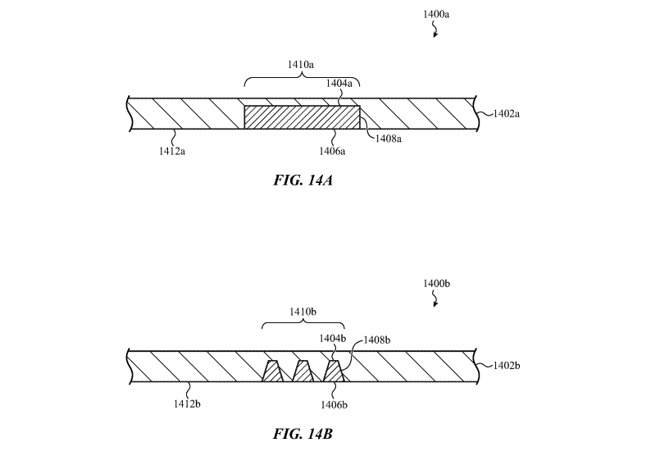 An example of relief cut-outs that are filled with an alternative material, enabling flexing and compression.

The filing itself is not entirely new to Apple, as it is a refinement of an earlier patent of the same name. The previous patent was filed in 2018 and having the same list of inventors: Christopher D. Jones, Dale N. Memering, and Christopher C. Bartlow. There doesn’t appear to be much in the way of differences between the earlier patent and the newer version, as they deal with the same general concepts and mechanics.

Apple files numerous patent applications on a weekly basis, but while the existence of a filing does not guarantee the concept will appear in a future product or service, it does indicate areas of interest for Apple’s research and development efforts.

Apple has long been linked to the development of a folding display, including working with LG Display in October 2017 to create such a screen. There have also been patent filings by Apple that could allow the creation of wrap-around displays, and even foldable phones that could clip onto clothing.

As for the mechanics of a folding display, Apple has proposed mechanisms to ease the stress on flexible display sections, as well as a heating system to minimize damage by folding in cold temperatures.