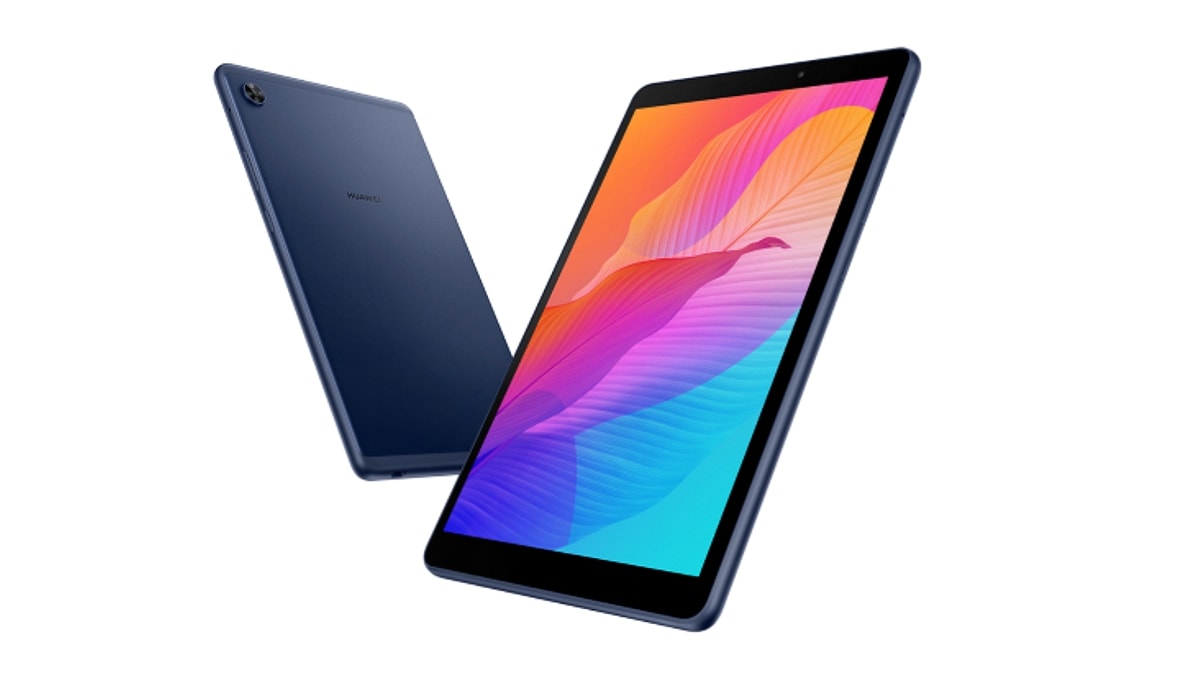 Huawei Matepad T8 has been launched in Romania, alongside the Huawei Y5p and Huawei Y6p phones. The budget-friendly tablet comes in a single Deep Sea Blue colour option and has a traditional design aesthetic. It has thick bezels on all sides, with more significant ones on the top and bottom portions of the display. There is a single camera at the back with no fingerprint sensor support in sight. Few specifications of the MediaPad T8 tablet are known at the moment as availability is set for next month.

The Huawei MatePad T8 is priced at RON 500 (roughly Rs. 8,400) in Romania, and is slated to be available next month, Romanian sites Mobzine and Mobilissimo report. The tablet is offered in a single Deep Sea Blue colour option.

As for specifications, the Huawei MatePad T8 runs on Android-based EMUI 10 that offers smart functions for ease in navigation and usage. It comes with four modes for eye protection for safer use by children. It features an 8-inch HD+ (800×1260 pixels) display and an 80 percent screen-to-body ratio. The tablet is powered by the MediaTek MTK8768 octa-core processor paired with 2GB of RAM. Internal storage options include 16GB and 32GB, and there is support for additional storage expansion via a microSD slot.

The MediaPad T8 has a large 5,100mAh battery that is rated to offer up to 12 hours of video playback, 12 hours of web browsing. It is touted to last for up to 3.5 weeks in standby mode.