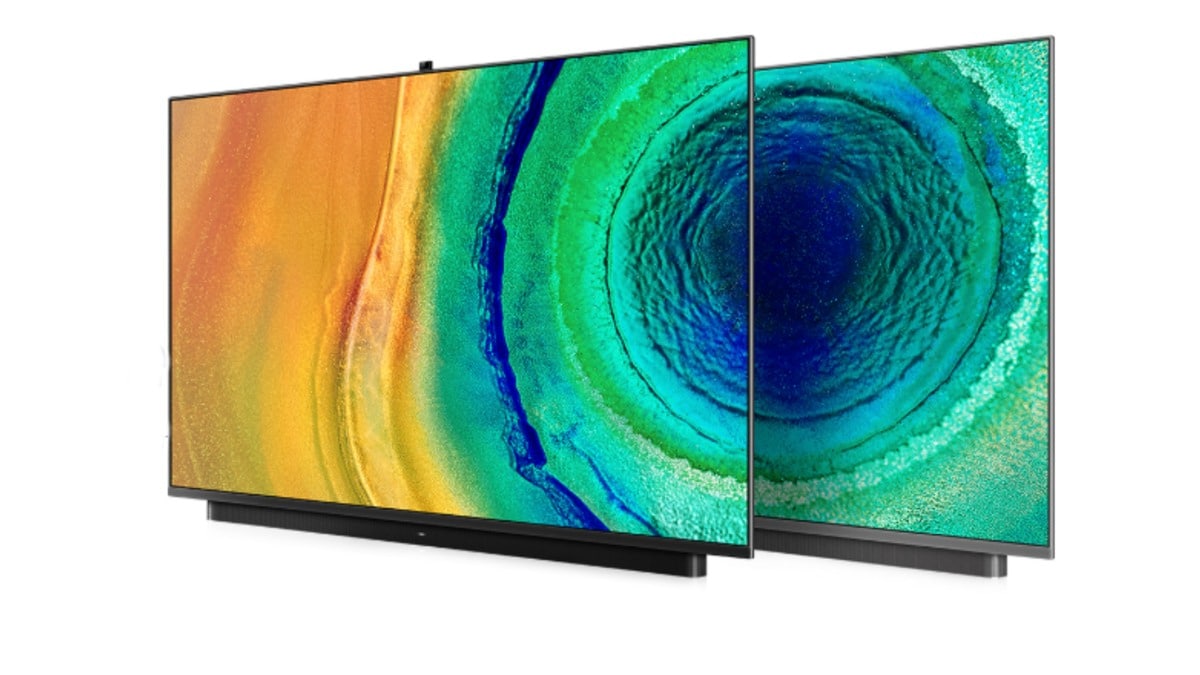 Huawei Smart Screen V55i TV on Friday made its debut in China alongside the Nova 7 5G-series smartphones. The television features a three-sided bezel-less design with a 4K LCD screen. It is powered by quad-core Honghu Smart SoC, paired with 4GB RAM and 64GB of integral storage. The television has eight speakers onboard and comes with a smart remote with voice assistance. The smart TV also has a pop-up HD camera and supports an AI fitness 2.0 function that can be activated through voice commands like ‘I want to exercise’.

Huawei Smart Screen V55i is priced at CNY 3,799 (roughly Rs. 41,000) and will go on sale in Interstellar Black and Silver Diamond Grey colour options. The TV will be available on Vmall in China starting April 26.

According to a Weibo post by the company, . Huawei Smart Screen V55i sports 2.6mm narrow bezels, and a 55-inch 4K LCD display that supports 90 percent DCI-P3 wide colour gamut and MEMC motion compensation technology. It is powered by Honghu quad-core smart chipset that packs two Cortex-A73 cores and two Cortex-A53 cores. Mali-G51 GPU is also integrated inside, and the TV packs 4G of RAM and 64GB of onboard storage.

The Huawei Smart Screen V55i TV also has a low-light pop-up camera that is capable of 1080p HD video calls. The camera sits inside the TV spine when not in use and reveals itself when the need arises. The V55i is equipped with a smart audio system and packs a 2.4L large sound cavity speaker to bring an upgraded audio experience. The smart remote control offers voice control feature, and the TV has an AI fitness 2.0 function that is able to detect movements based on the demonstrations.

There is also a smart cross-screen feature that allows you to project your mobile screen on to the TV. The Smart Screen V55i TV is just 6.9mm thick, and comes with four 10W speakers and four 2W speakers. Lastly, the TV packs various ports like HDMI 2.0, 3-in-1 AV, DTMB, and USB 3.0.

Alongside the TV, Huawei also launched the Nova 7 5G, Nova 7 SE 5G, and Nova 7 Pro 5G. The three phones offer a quad camera setup at the back and hole-punch displays.