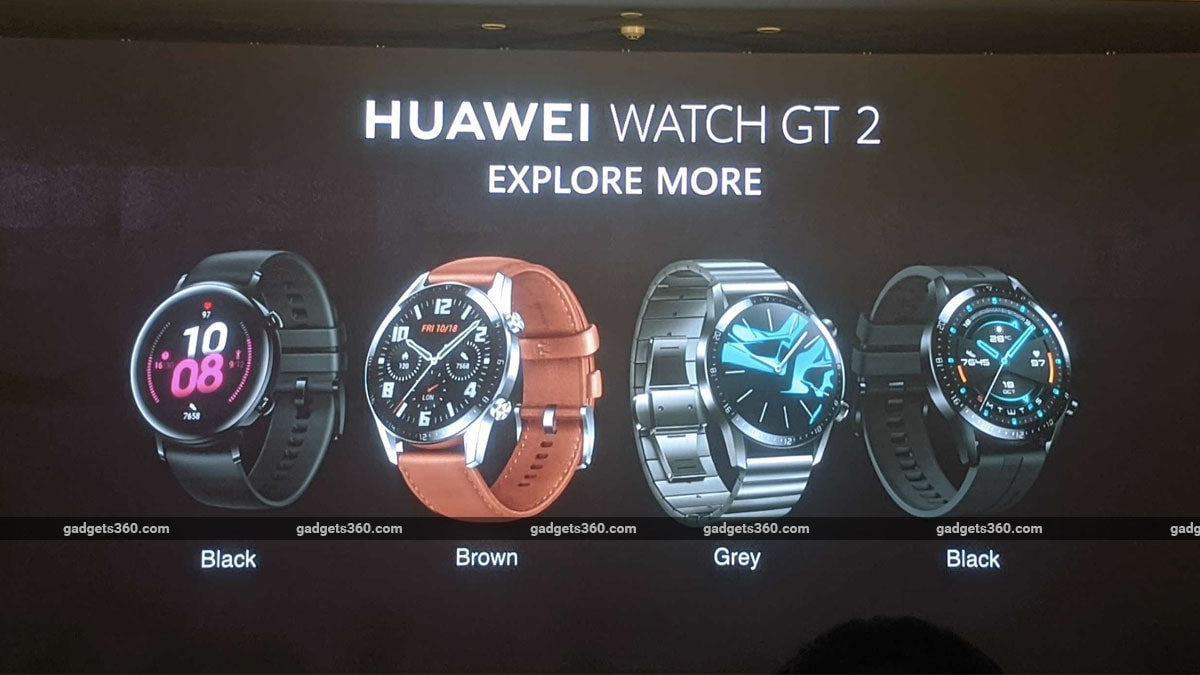 Huawei Watch GT 2 was launched in India on Thursday. The new smartwatch is the successor of the Huawei Watch GT that the company launched earlier this year. Huawei launched the Watch GT 2 internationally in September and was teasing the launch of the product in India. The highlight of the new smartwatch is two weeks of battery life along with features such as stress monitoring, heart-rate tracking, and sleep tracking among others. The new Watch GT 2 comes in two dial and sports an AMOLED display.

Huawei has only revealed the price of the 42mm variant and has mentioned that availability and offers will be announced at a later date.

Huawei’s Watch GT 2 is powered by a Kirin A1 SoC which has been launched exclusively for wearable devices. The 46mm variant of the Huawei GT 2 packs in a 455mAh battery while the smaller 42mm variant houses a 215mAh battery. Huawei claims 14-day battery life for the 46mm variant while the 42mm has a claimed battery life of 7 days. Charging is done via a magnetic charging thimble that’s supplied with the watch. Since the Watch GT 2 has a speaker, users can also answer a call right from the Watch GT 2.