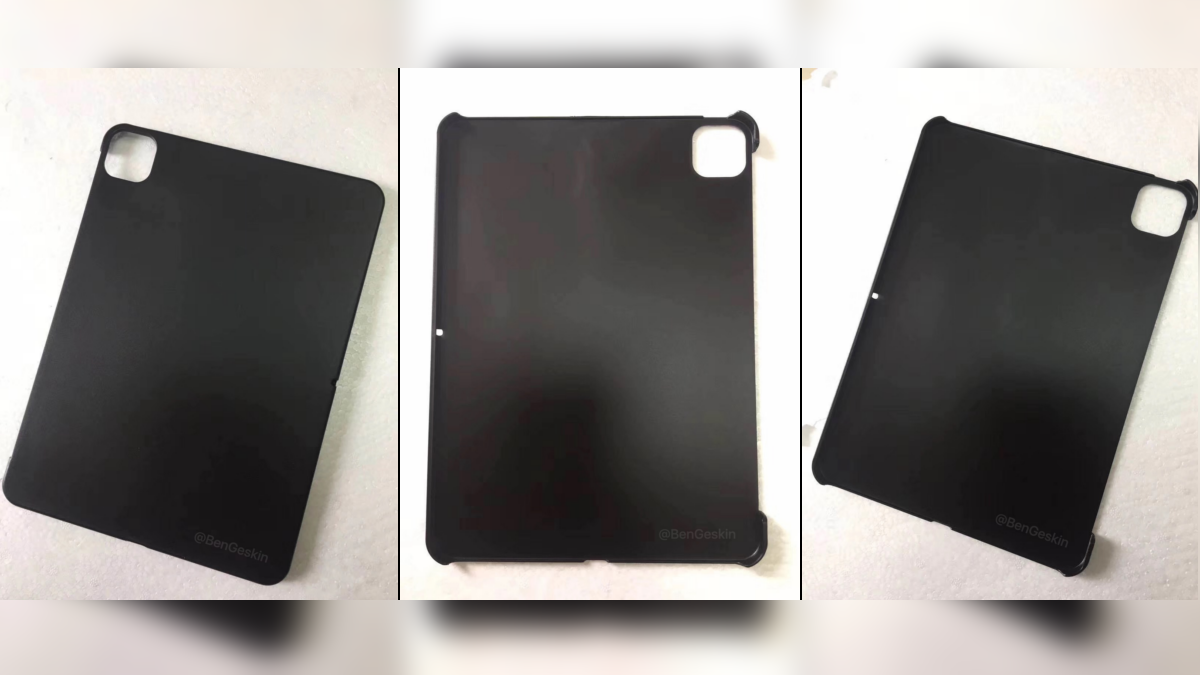 Apple is reportedly working on a new refreshed iPad Pro and some photos for its suspected case have surfaced on Twitter which gives an idea of what the refreshed iPad Pro will look like. The images show a square cut out on the back where the cameras would be, similar to the iPhone 11 Pro. The supposed case has raised bumpers on two of the edges, a cutout for the charging port, and a cutout for the alert slider.

The images shared by tipster Ben Geskin on Twitter also fall in line with the leaked renders that surfaced late last year, suggesting a triple rear camera system for both the 11-inch and 12.9-inch iPad Pro models. Previous reports suggest that the refreshed iPad Pro will have a triple camera setup with support for 3D sensing for augmented reality (AR). This will reportedly allow the new iPad Pro to use TrueDepth camera technology found on the front facing cameras on iPhone models, on a larger scale and it will be able to measure depth up to 8-10 feet away from the iPad.

While there is no update on the release date of the refreshed iPad Pro from Apple, we previously reported that it could be unveiled alongside the much awaited iPhone SE 2 – which is currently rumoured to launch on March 31. When it comes to design, previous leaks have shown there will not be any major design changes compared to the 2018 iPad Pro and that both the refreshed models will retain Face ID.

The first iPad Pro model was launched in 2015 with a 12.9-inch display, and its 9.7-inch version came in 2016. Apple released the second generation iPad Pro in 2017, followed by the final refresh in 2018. Last year, the Cupertino, California based company did not release a new iPad Pro but worked on software and renamed its operating system for the tablet to iPadOS. It enabled customers to use their iPad tablets more like laptops rather than tablets by adding mouse support and a file manager.