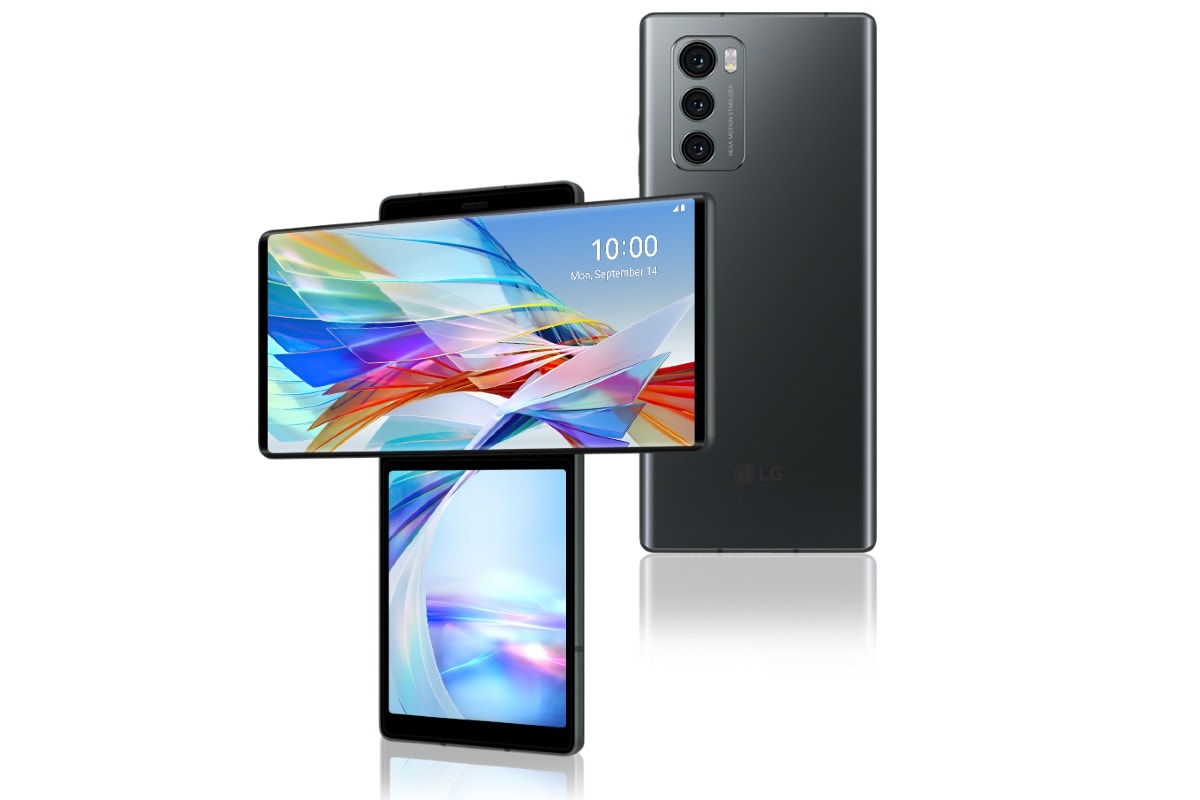 LG Wing is getting a new software update that will make it easier to use its two screens. The update will allow users to send apps quickly from one display to the other with a ‘Send’ or ‘Fetch’ button. LG has also added media controls for apps on the second screen. Separately, a report claims that the uniquely designed phone sold less than 50,000 units in South Korea since its launch in October while the company had hoped to sell around 2 million units.

A software update for the LG Wing smartphone is rolling out through Verizon. It carries the firmware version F100VM10d and brings with it the November 2020 Android security patch. With the update, apps, folders, and widget names will be displayed on the second home screen as well.

To send an app from the LG Wing’s second screen to the main screen or vice-versa, select the Fetch or Send button from quick settings or swipe with three fingers on the screen that displays the app you want to move. In case the content of the moved app is not fully displayed, you can click on the Restart app button that will be displayed on the bottom right for five seconds after you move an app.

The update for the LG Wing brings QR code scanning directly from the camera app. It is also said to simplify Wi-Fi setup. The update changes the colour of the 5G icon and adds an additional default wallpaper. The phone also gets a ‘Bubble Guide’ that prompts users to “touch and hold this thumbnail” to have a quick preview of the photo they have just clicked on camera mode.

If you haven’t gotten a notification on your LG Wing unit yet, you can download the update by clicking on Settings > About Phone > Software updates > Check for Update > Download Now.

In the meanwhile, a report by Herald Corporation says that the domestic sales of the LG Wing, which is the company’s first product under the Explorer Project, are a little over 30,000 units till date. The phone reportedly sold only 20,000 units in South Korea in the month of October when it was launched. The report estimates the sales volume of the LG Wing to be just 10 percent of the Samsung Galaxy Note 20, which was launched around the same time.

iPhone 12 Pro Series Is Amazing, but Why Is It So Expensive in India? We discussed this on Orbital, our weekly technology podcast, which you can subscribe to via Apple Podcasts, Google Podcasts, or RSS, download the episode, or just hit the play button below.