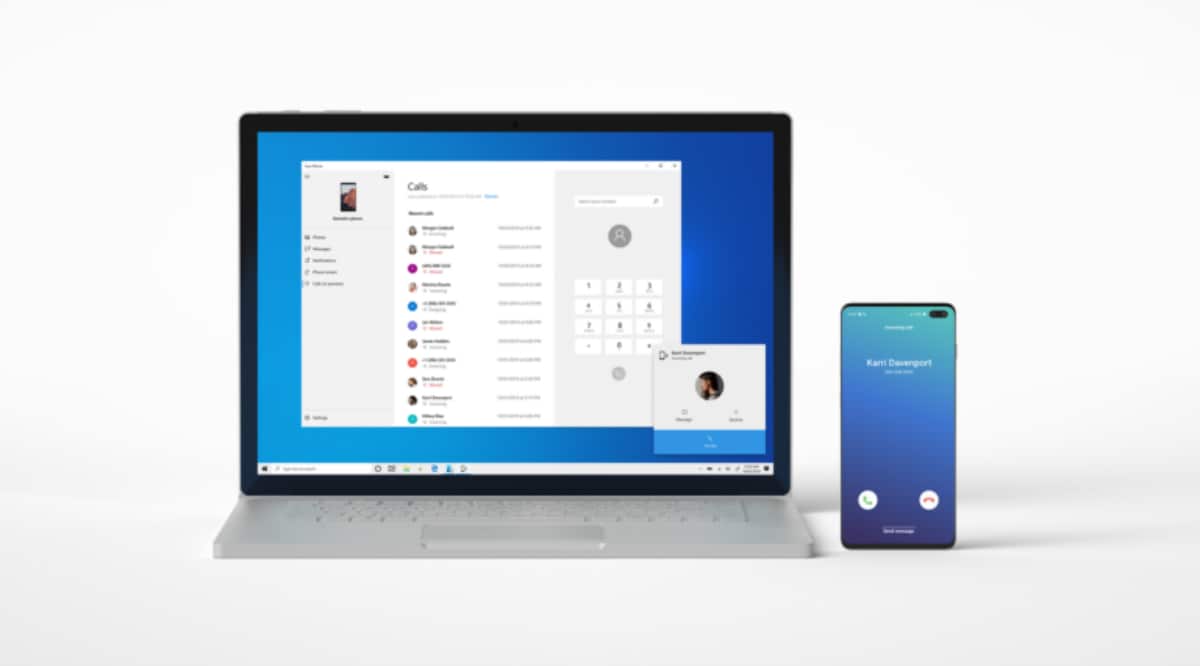 Microsoft has introduced calling support in the Your Phone app. The feature was tested for a few months by Windows Insider members, and it has now rolled out to the general public. This feature will allow users to make and receive calls on their PCs using the Your Phone app. Compatible users should be able to dial a number to make a call, check call history, and seamlessly transfer calls between the PC and phone. Essentially, this feature will allow users to avoid picking up their phones while working on the PC.

Microsoft has announced the general availability of the Your Phone app calling feature via the Windows Insider Twitter handle. The feature was in testing for a while, and now it has rolled out for all compatible Windows 10 users. As mentioned, this feature first arrived with Windows 10 preview build 18999 for Insiders (20H1) sometime in October, and was tested for a few months before being rolled out to the public.

Users can now use the Your Phone app on the PC to answer incoming calls on your phone, via your PC. You can even make calls using the in-app dialler and accessing the contact list. If you do not wish to answer the call, you can decline these phone calls via the PC and even send a custom text when you decline. The phone call history will also be accessible via the PC, and just like the phone, clicking on a recent call will auto populate the number within the dialer screen. Users can even transfer your calls between PC to phone seamlessly, in case you wish to stand up from your seat to move around.

The technical requirements to use the calling feature are – Android 7 Nougat on the phone with the Your Phone app installed from Google Play. The Windows 10 PC needs to have Bluetooth support as well.