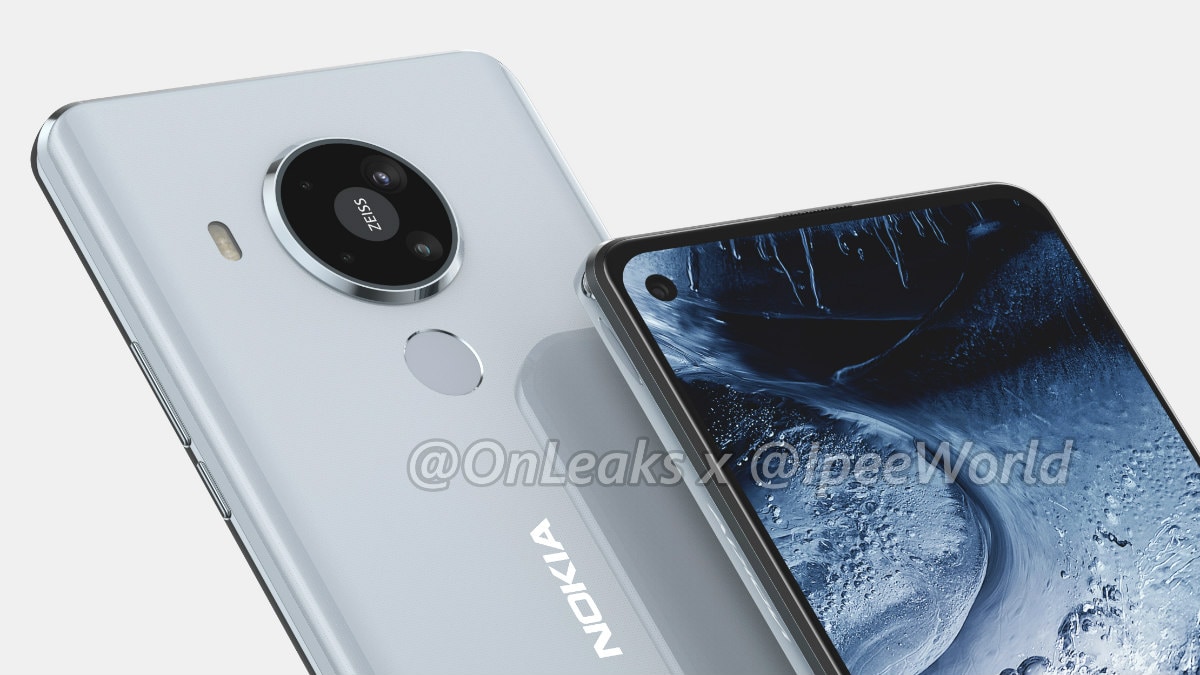 Nokia 7.3 alleged renders have been surfaced online and they show the smartphone from all angles, suggesting a quad rear camera setup as well as a hole-punch display. It was earlier reported that the Nokia 7.3 would be launched at IFA 2020 but later, another report claimed that the phone will be launched in the fourth quarter of 2020. While there is no confirmation about its debut, rumourmill suggests it will be a 5G smartphone.

Renders of the Nokia 7.3 was shared by noted tipster Steve Hemmerstoffer, also known as OnLeaks, who collaborated with IPEEWorld. In the renders, we can see a flat display with a hole-punch cutout in the top left corner. The Nokia branding is spotted on the chin. The power button and volume rockers are located on the right side.

The bottom side of the smartphone sports a USB Type-C charging port, a mic, and a speaker. The 3.5mm audio jack is located at the top. On the back, there is a quad camera setup placed inside a circular camera module. The dual LED flash is on the left side of the module, and a circular fingerprint scanner is seen just below the camera module.

The Nokia 7.3 may be a 5G phone and feature a 6.5-inch full HD+ display with a hole-punch cutout. The IPEEWorld report claims that the smartphone will be powered by the Snapdragon 690 SoC. In the camera department, the Nokia 7.3 is expected to feature a 48-megapixel primary sensor and a 24-megapixel selfie snapper. It may pack a 4,000mAh battery with support for 18W fast charging. The back of the phone is expected to be plastic and not glass. According to the latest rumour, the Nokia 7.3 will measure roughly 165.8 x 76.3 x 8.2mm. The Nokia 7.3 was supposed to launch at IFA 2020 but later it was reported that the phone will debut in the fourth quarter of 2020.