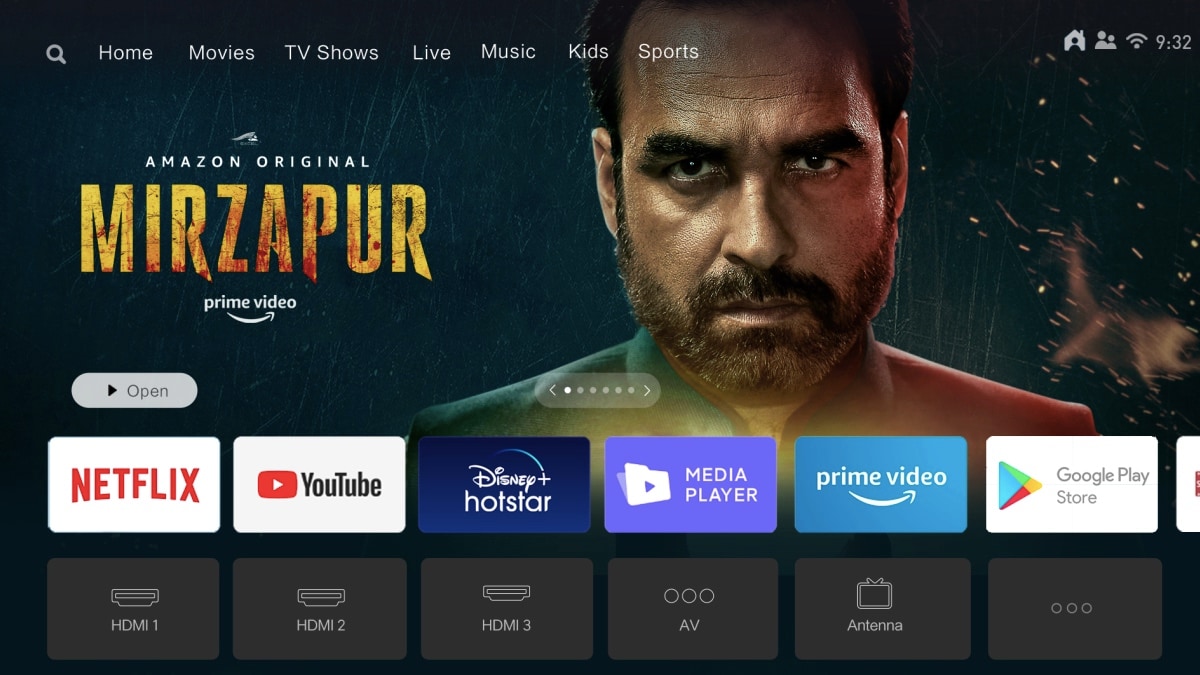 Xiaomi has announced a software update for PatchWall 3.0, which will bring new features to the launcher for the Mi TV range in India. PatchWall is the company’s special launcher which sits on top of the core Android TV software, and runs as an alternate user interface for users to offer what the company calls a content-first smart TV experience. The new features include a new user centre, a carousel for viewing title posters, and new live TV channels added to directly stream from PatchWall itself.

PatchWall 3.0, the latest version of the launcher for Mi TVs, was released earlier this year, and comes with new features and improvements over the previous version, including UI enhancements for the design and layout, new content partners, live TV channels, and deeper integration with Disney+ Hotstar. The launcher runs on top of Android TV on most Mi TV models, and users have the option to use the stock Android TV launcher as well.

User Centre is the first new feature released as part of the update. This allows users to create a personalised space for content within PatchWall, including a custom watchlist and recommendations based on user preferences. The next key feature is Immersive Carousel, which is said to improve the look and feel of the posters within the content recommendations.

The most useful of the new features is the addition of new live TV channels, available to stream directly through PatchWall 3.0. New content comes from various live TV providers, including Hungama, ABP, Republic TV, EpicOn, HoiChoi, and SunNXT. Content in South Indian languages gets a particular boost with the new update. Live TV content, typically available through cable TV or DTH subscriptions, was already available with the introduction of PatchWall 3.0; the new update adds more content partners for this feature.

Although Xiaomi hasn’t provided further details on the roll-out of the new features, these will likely come in the form of an OTA update in the coming days for Mi TV users. All televisions currently running PatchWall 3.0 are slated to get the update with the new features.

Why do Indians love Xiaomi TVs so much? We discussed this on Orbital, our weekly technology podcast, which you can subscribe to via Apple Podcasts, Google Podcasts, or RSS, download the episode, or just hit the play button below.