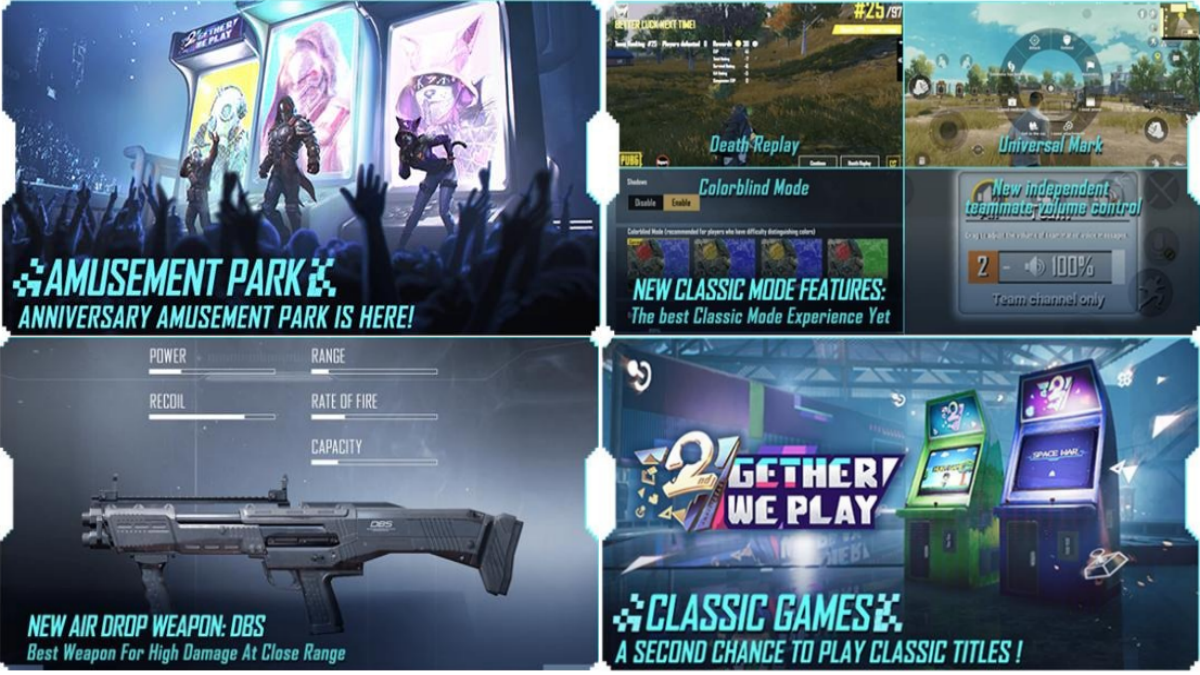 PUBG Mobile has received a new update – 0.17.0 – that adds a host of new features and improvements to the highly popular multiplayer game. It adds a 2nd Year Anniversary: Amusement Park Mode in Classic Erangel, an Arctic Mode, new weapon, Hardcore Mode, Death Replay, and Colorblind Mode. The update will take 1.69GB on Android and 1.95GB on iOS devices. The company has stated that players will not be able to play with each other if they are on different versions of the game.

According to the details shared on the company’s website, the 2nd Year Anniversary: Amusement Park Mode in Classic Erangel will be available from March 12. It will allow players to enter Amusement Park Mode during matchmaking for Erangel and this will have old school amusement parks appear in three locations on the map. There will be interactive arcade machines that will be activated by using tokens. There will be games and attractions like Hunt Game, What’s in the Box, Space War, and Shooting Range. Players can also try out Trampoline and Reverse Bungee games while in PUBG Mobile. Also, the amusement parks will have high-rise Reverse Bungee machines which will allow players to be launched in the air and then use their parachute to glide.

A new weapon, the DBS Shotgun, will now be available in air drops. This update also allows players to individually adjust the volume of each player on the team. There are Universal Marks that will let players mark locations, vehicles, supplies, doors, and death crates.

PUBG Mobile has finally added the Death Replay, which will give players a chance to see how they were killed. The Graphics Settings have also been updated with a Colorblind Mode.

Hardcore Mode makes a return with the 0.17.0 update and can be found in the Arcade Mode selection screen. Players who like playing Vikendi can experience Arctic Mode that is coming soon. In it, players will have to keep a track of their body temperature or they will lose health.

Season 12 of Royal Pass named 2gether We Play! will be made available on March 9 that will also bring some changes to the game. The patch notes state that those who update their game before March 6 will get 50 Silver, 2,888 BP, and a 3 day Anniversary Pan Skin.

There are several other additions and changes to the game, along with firearm balancing and other improvements that have been listed in detail on the official website. This is a huge update in terms of both size and features. You will have to update the game from the Play Store on Android devices and the App Store on iOS devices.