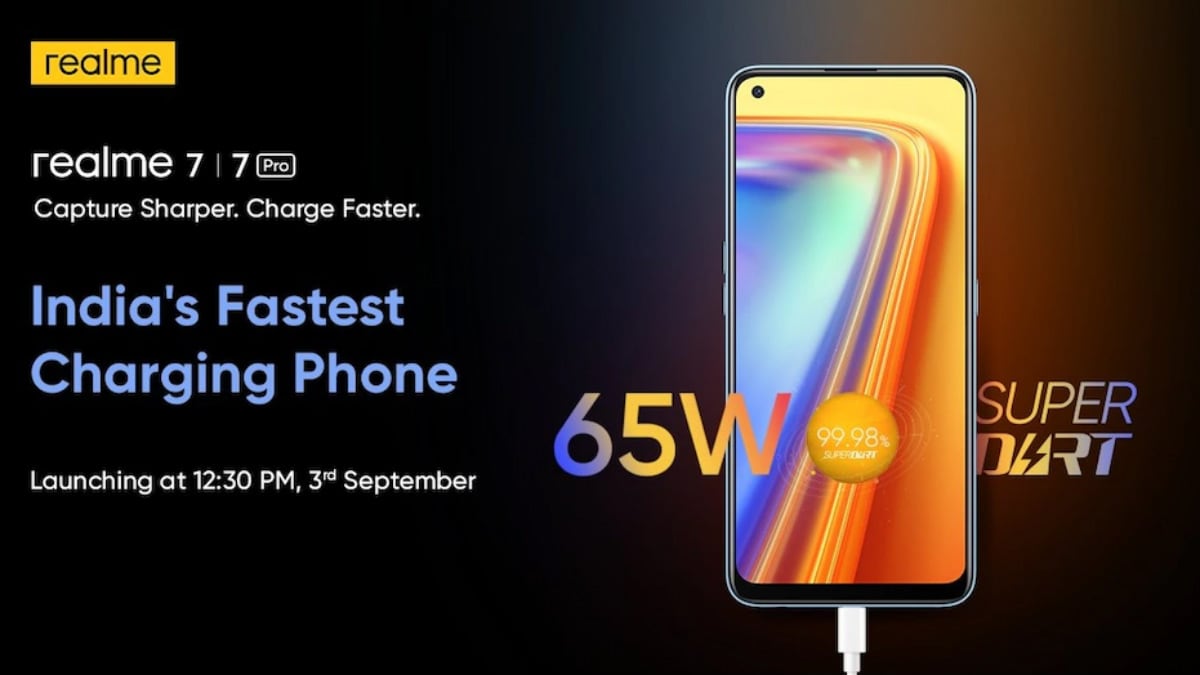 Realme 7 series’ gaming capabilities are being boasted of by the company’s India CEO. The executive posted a short clip on Twitter in which he is playing PUBG Mobile on one of the upcoming smartphones that belong to the Realme 7 series. He has covered the phone however, so we can’t see the design of the phone. The Realme 7 series consists of the Realme 7 and Realme 7 Pro smartphones, and are scheduled to launch on September 3. The phones will be launched in India before any other market.

Realme CEO Madhav Sheth shared a 10-second clip on Twitter. He is seen playing PUBG Mobile on the phone that belongs to the Realme 7 series. It is neither mentioned nor clear which phone, the Realme 7 or the Realme 7 Pro, is being teased in the video. We can just see the back panel with multiple cameras on the top left corner.

There is no visible fingerprint sensor on the back, which could mean that the Realme 7 series phone will come with an in-display sensor. Since the power button protrudes, it will not likely double as a side-mounted sensor. Further, Sheth also mentions that the Realme 7 series is first being launched in India. He also says that the company will continue to “introduce #TechTrendsetter products to mid-range too”.

The official specifications of the Realme 7 and the Realme 7 Pro are not out yet, however, tipster Mukul Sharma has leaked the specifications of both the smartphones in the Realme 7 series. He claims that the Realme 7 will sport a 6.5-inch full-HD+ IPS display with 1,080 x 2,400 pixels resolution, 90Hz refresh rate, and 120Hz touch sampling rate. The Realme 7 is said to be powered by the MediaTek Helio G95 and have two RAM and storage configurations, 6GB + 64GB and 8GB + 128GB. For photography, the Realme 7 is expected to come with a quad rear camera setup that includes a 64-megapixel Sony IMX682 primary sensor, an 8-megapixel sensor with an ultra-wide-angle lens, a 2-megapixel portrait sensor, and a 2-megapixel macro shooter. On the front, the phone could have a 16-megapixel camera. The phone is claimed to house a 5,000mAh battery with support for 30W fast charging.

Tipster Mukul Sharma claims that the Realme 7 Pro will feature a 6.4-inch full-HD+ Super AMOLED display with 1,080 x 2,400 pixels resolution. The phone is said to be powered by the Snapdragon 720G SoC and come in two configurations – 6GB + 128GB and 8GB + 128GB. The phone may be backed by a 4,500mAh battery with support for 65W fast charging. When it comes to camera, the Realme 7 Pro may come with a quad rear camera setup that includes a 64-megapixel IMX682 sensor, an 8-megapixel sensor with an ultra-wide-angle lens, a 2-megapixel portrait sensor, and a 2-megapixel macro shooter. The front camera is said to be situated in the hole-punch cutout seen in the official launch event invite, and may feature a 32-megapixel sensor.

Redmi Note 8 or Realme 5s: Which is the best phone under Rs. 10,000 in India right now? We discussed this on Orbital, our weekly technology podcast, which you can subscribe to via Apple Podcasts or RSS, download the episode, or just hit the play button below.