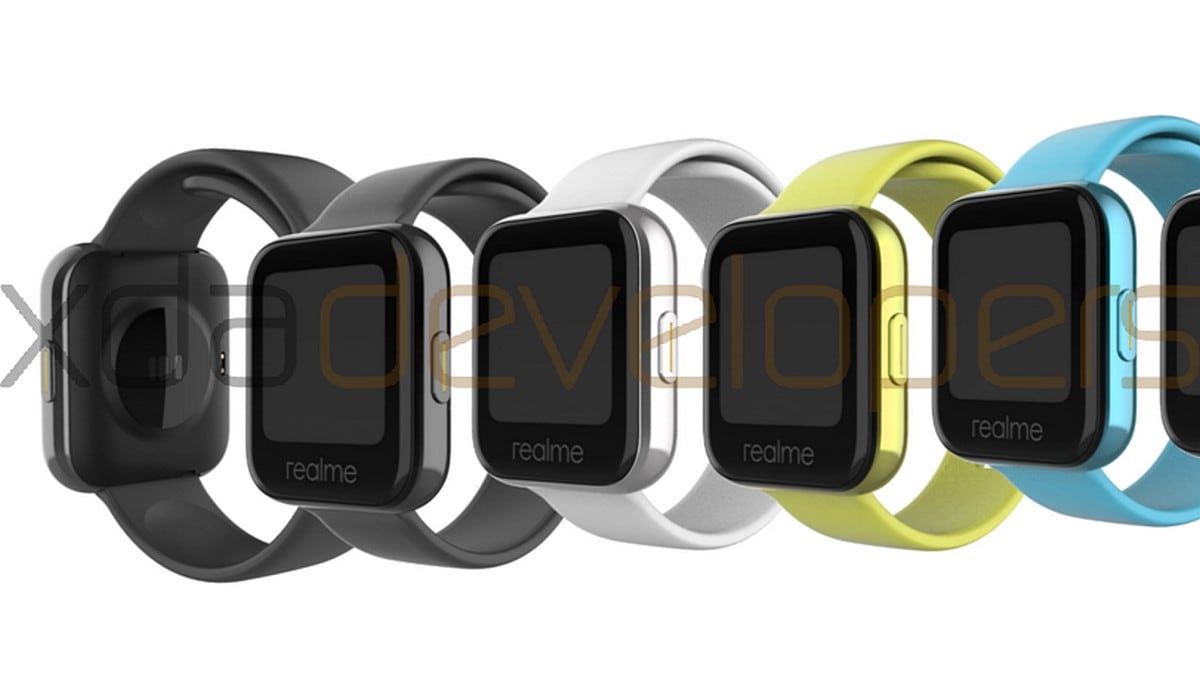 Realme Watch or whatever ends up being the final branding of Realme’s first smartwatch is already confirmed to be coming to India. The company’s India CEO revealed the upcoming launch of the smartwatch last month; however, the executive didn’t share anything about the smartwatch. Now, a new report claims to tip the design and specifications of the upcoming Realme Watch, including its display size, battery capacity, and some other features. However, as the company is yet to officially announce these details, take them with a pinch of salt.

If a render shared by XDA Developers is any indication, the Realme Watch will sport a square design, much like the Apple Watch. It will have thick bezels and the Realme branding will be present below the display. There seems to be a single button on the right side that will presumably be a multi-purpose button. The report also says it will be used for unlocking the watch and navigation. The image also shows multiple colour options for the Realme Watch, including black, blue, white, and yellow. The charging pins on the back can also be seen.

Reportedly, there are going to be five watch faces preloaded on the smartwatch, but the companion app should allow users to download several other watch faces.

According to the report, the Realme Watch may come with a 1.4-inch TFT LCD display with 320×320 pixels resolution. There may be 24-hour heart rate monitoring built-in as well. It is expected to pack a 160mAh battery that, the publication claims, will offer about 7 days of backup with the 24-hour heart rate monitoring. The report also adds that the Realme Watch will come with IP68 dust and water resistance and have Bluetooth v5.0 support. The sensors will include accelerometer and a blood oxygen sensor; however, the report adds that there will be no GPS onboard and instead of Google’s Wear OS, the Realme Watch will run a proprietary operating system.

The XDA Developers’ report goes on to state some of the functions that can be expected from the Realme Watch. These include exercise tracking, sedentary reminders, water reminders, weather data, sleep data, heart rate data, and data related to step counting. Further, the Realme Watch may support Hindi, as can be seen in one of the images shared by the publication.

As of now, there is no official announcement from Realme regarding pricing or availability of the Realme Watch.