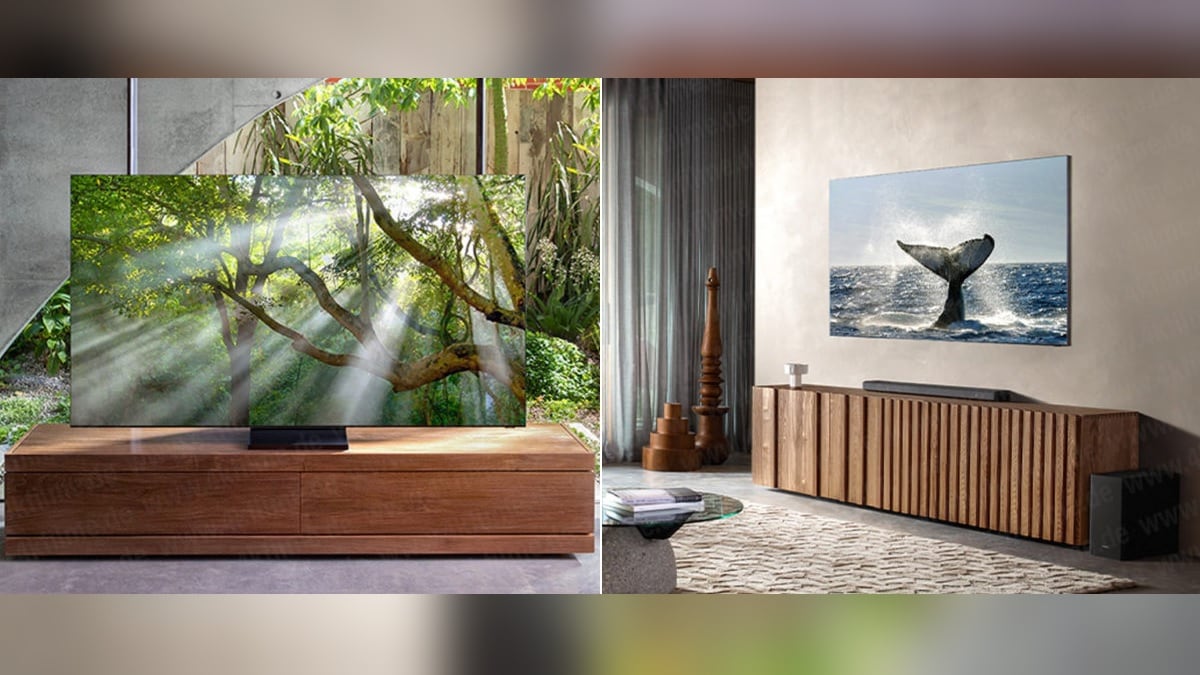 Samsung is tipped to launch the world’s first truly bezel-less or frameless TV at CES 2020. Prior to its official debut though, the first alleged renders of what is claimed to be Samsung’s upcoming truly bezel-less 8K TV have surfaced online. The leaked images, which are claimed to be marketing material for Samsung’s 8K frameless TV, show a device with non-existent side and top bezels, and a very thin chin at the bottom. The photos also point towards a ‘No-Gap-Wallmount’ design for Samsung’s upcoming 8K frameless TV, which is set to debut at CES 2020.

Talking about 8K TVs, Samsung has joined hands with the 8K Association (8KA) to launch a certification program for 8K TVs. The criteria for a product from any brand to qualify as a certified 8K TV includes a panel resolution of 7,680 x 43,20 pixels or above, peak brightness of over 600 nits, image transmission over HDMI2.1 standard, and High Efficiency Video Codec (HVEC) support. Once a product has been validated by 8KA, member companies such as Samsung can market their 8K certified TVs.