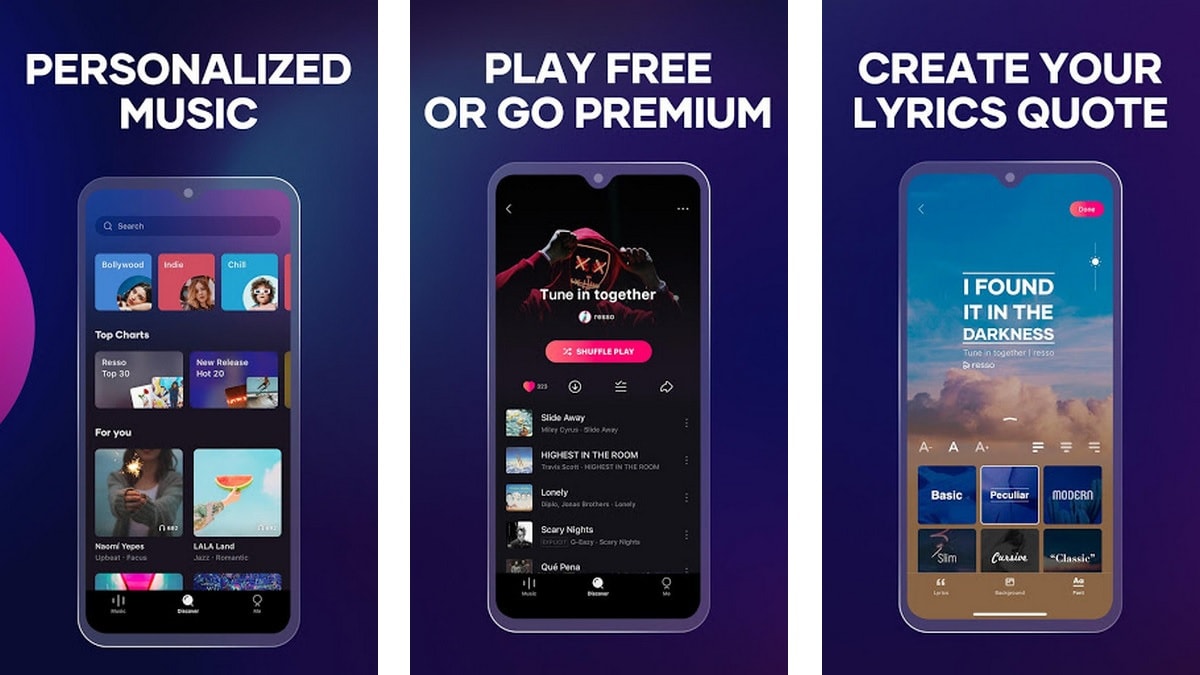 TikTok owner ByteDance is testing a new music app in emerging markets as it tries to pull off another global sensation akin to its viral video-sharing service.

Called Resso, the new app is now available in India and Indonesia, two of Asia’s most populous countries and places already keenly familiar with TikTok. Since an initial launch six months ago, Resso has been installed by about 27,000 users across the iOS App Store and Google Play, according to data compiled by Sensor Tower, which said the numbers indicate promotion of the app began in earnest at the end of November.

ByteDance, the world’s most valuable startup, has been quietly developing the app to challenge the likes of Spotify and Apple Music in countries where paid music services have yet to garner large audiences.

“The dilemma for all three companies is how to monetise a price-sensitive user base with low relative incomes,” said Michael Norris, research and strategy manager at Shanghai-based consultancy AgencyChina. “At the moment, it’s a race for active users in the developing world. Commercial realities will be put aside, at least for now.”

Unlike Spotify, Resso displays real-time lyrics and lets users post their comments under individual songs. They can also generate music-accompanied GIFs and videos, emulating a favorite feature of TikTok. The app offers a monthly paid subscription service, which costs Rs. 119 in India, the same as Spotify. Premium Resso users will be able to download music and listen ad-free.

Yet there are still no rights deals with the world’s three largest music companies — Warner Music Group Corp., Universal Music Group and Sony Music Entertainment — which control the vast majority of popular music and whose catalogs would be crucial for Resso to catch on globally, according to people familiar with the matter.

Record companies credit TikTok with minting a new generation of music stars, including Lil Nas X, the singer of “Old Town Road.” As it has attracted hundreds of millions of users with their music, however, those companies are now demanding ByteDance increase the licensing fees it pays.

“Resso is currently in a beta testing phase,” a Resso representative said in a statement. “We are optimistic about its long-term prospects but we are still very early in the process and only in a limited number of developing markets.”

ByteDance was valued at $75 billion last year in part because investors are confident about its reputation as a mobile app factory. But the seven-year-old startup is still on the lookout for its next major breakout hit after TikTok and news aggregator Toutiao, its first signature app. With the paid music app, ByteDance is also looking to expand its revenue stream beyond advertising to counter a slowing home economy that has dampened advertisers’ appetites.

A rare global feat for a Chinese Internet company, TikTok has been installed nearly 1.5 billion times since launching in 2017. New US users grew 38 percent to 11.6 million in the third quarter, according to Sensor Tower, up from 8.4 million a year earlier.

But its Chinese ownership has become a lightning rod for criticism as tensions rise between the US and China over trade and technology. American politicians and teen users alike have expressed concerns about the app’s handling of user data and censorship of politically-sensitive expression.

Testing out Resso in its chosen markets gives ByteDance the breathing room to scale up the service slowly and out of the intense spotlight that’s placed on its other services.