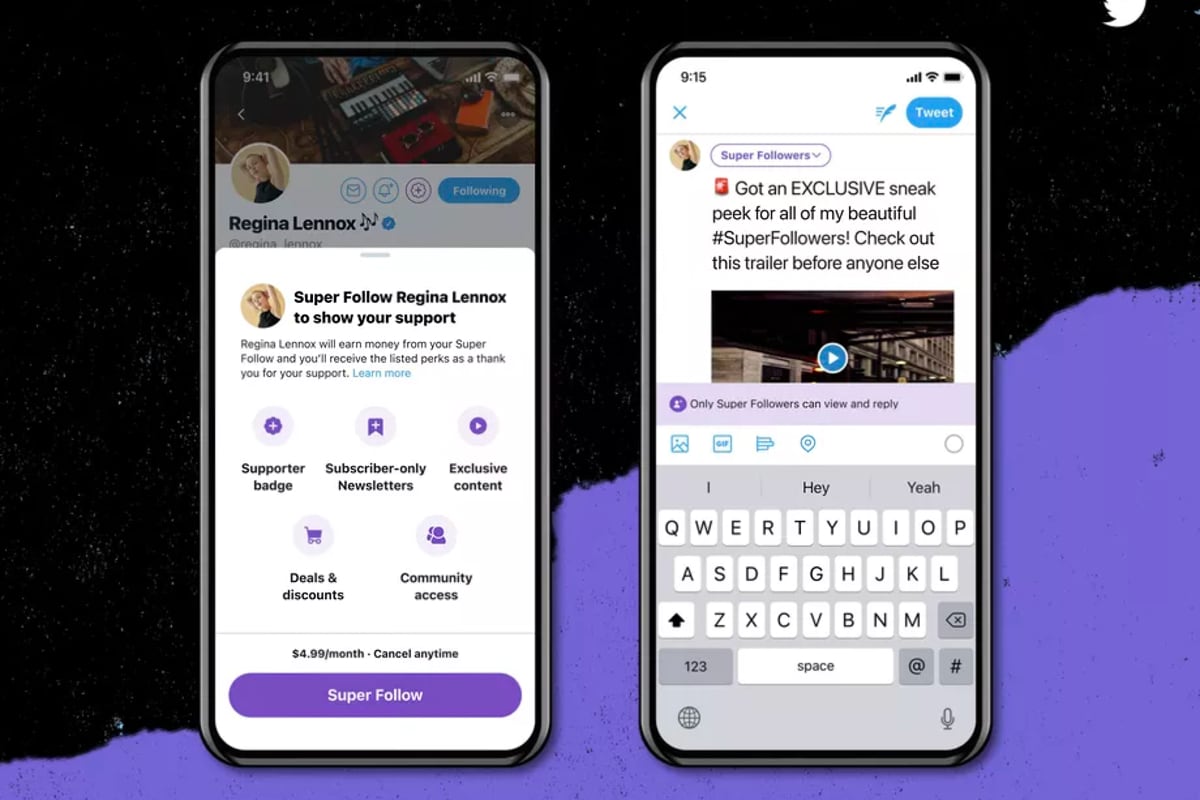 Twitter announced new features at its annual Analyst Day event, the most notable being a new tool called Super Follows subscriptions. This new subscription service will allow creators and publishers monetise through Twitter for exclusive tweets and content. Followers who pay for the Super Follows subscription will gain access to exclusive content, deals and discounts, community access, and more. Furthermore, Twitter is also looking to introduce a new Communities feature that will allow users to create, discover, and join micro-communities based on their interests.

The new features were announced as part of Twitter’s Analyst Day keynote where the company also revealed its intention to double total annual revenue from $3.7 billion (roughly Rs. 27,003 crores) in 2020 to $7.5 billion (roughly Rs. 54,746 crores) or more in 2023. Super Follows, and all the other features are intended to help Twitter reach its revenue and users goals. The company is exploring the option to allow creators and publishers to offer Super Follows subscription to its fans, enabling them to be directly supported by their audience.

Twitter shared screenshots that suggest it looks to charge users $4.99 per month (roughly Rs. 360)  for Super Follows subscription. However, CNBC reports that Twitter Product Lead Kayvon Beykpour said that the price point will be customisable based on accounts and that Super Follows should roll out some time this year itself. The subscription will unlock a series of perks for followers like supporter badge, subscriber-only newsletter, exclusive content, deals and discounts, and community access as well. Creators can use this service to exclusively tweet content only for subscribed users and monetise through the platform. Twitter is also working on Communities that will let users create groups around specific interests like cats, plants, social justice, and more. This is somewhat similar to Facebook Groups that is a thriving tool for micro-communities to engage with one another. Beykpour reportedly said that the company will start experimenting with this feature later this year. 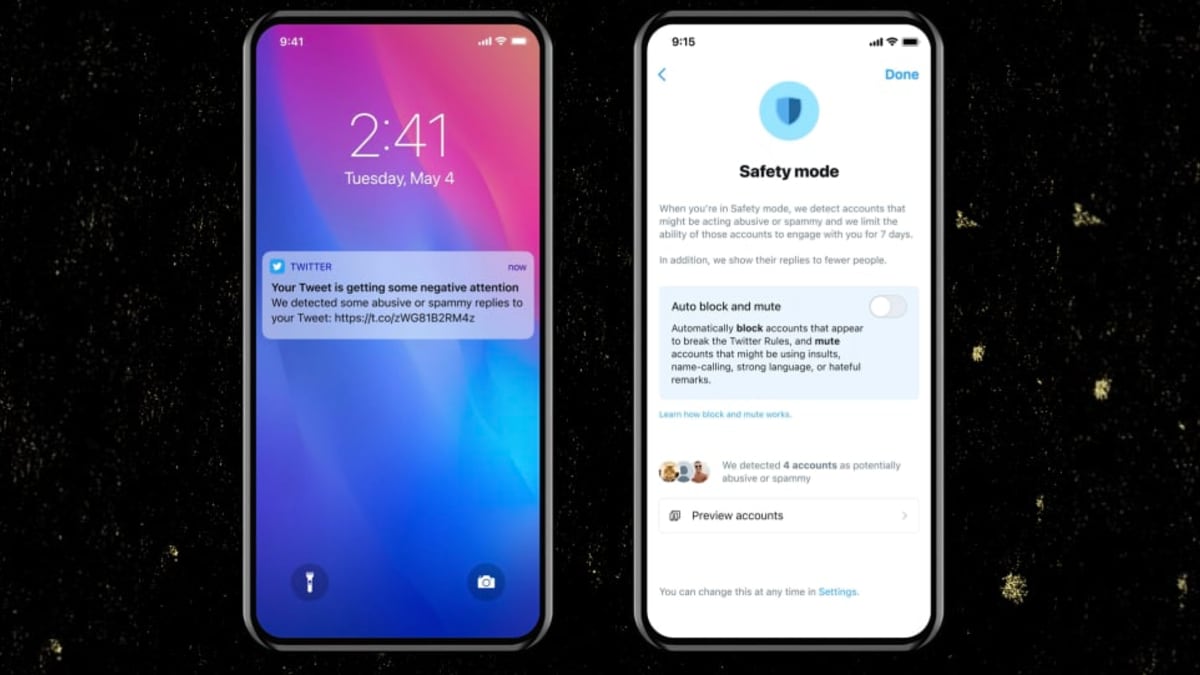 Twitter also briefly teased a new feature called Safety Mode. This feature, when turned on, will automatically detect accounts that are acting spammy or abusive with the user and limit their interaction for seven days. The shared screenshot reads, “Automatically block accounts that appear to break the Twitter Rules, and mute accounts that might be using insults, name-calling, strong language, or hateful remarks.” Twitter did not reveal rollout roadmap for this feature.

With spread of misinformation on social media increasingly becoming an important topic of discussion, Twitter is working on a new feature called Birdwatch to combat the issue. It looks to allow users to add context to tweets that seem to offer misleading information in the form of notes at the bottom of the tweet. 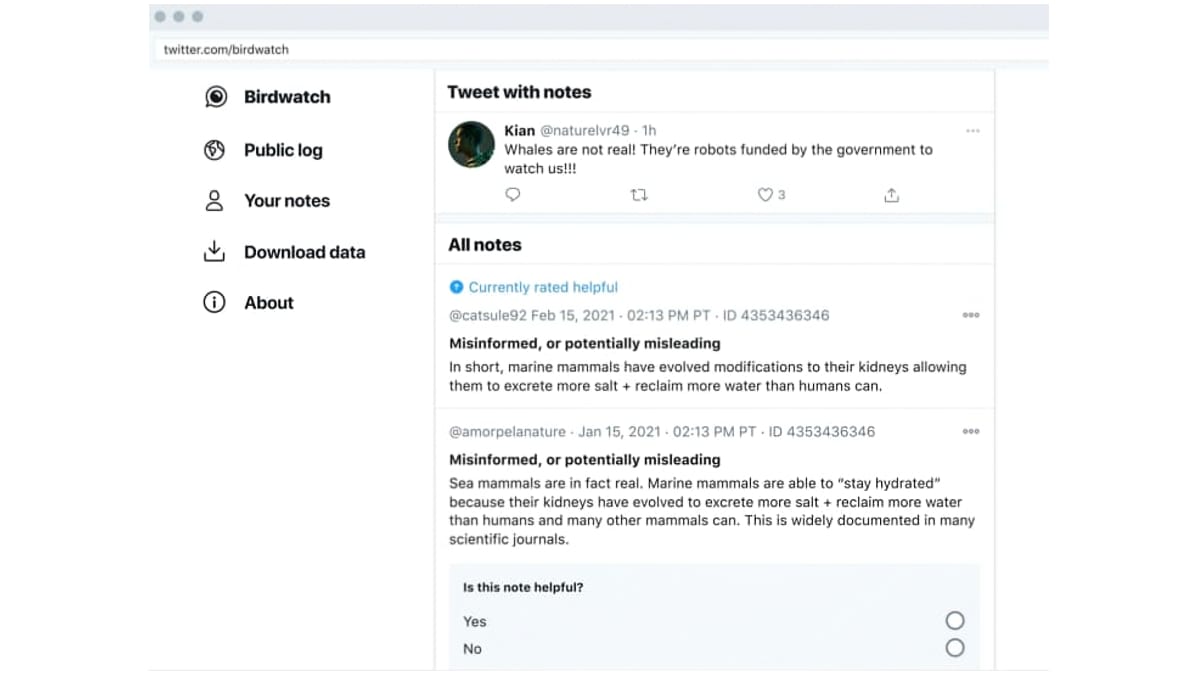 “Birdwatch is a more scalable, Wikipedia-like model where an open community of contributors can collectively determine when context should be added to a tweet and what that context should say,” Beykpour said during the event. For instance, if a user casually tweets that whales are not real, other users could add notes to offer more context to an unknowing reader.

Twitter chief Jack Dorsey also announced that Twitter looks to double development velocity by the end of 2023, which means doubling the number of features shipped per employee that directly drive either monetisable daily active users (mDAU) or revenue. The company aims to reach at least 315 million mDAU in Q4 2023, marking an approximate 20 percent compound annual growth rate from the base of 152 million mDAU reported in Q4 2019.