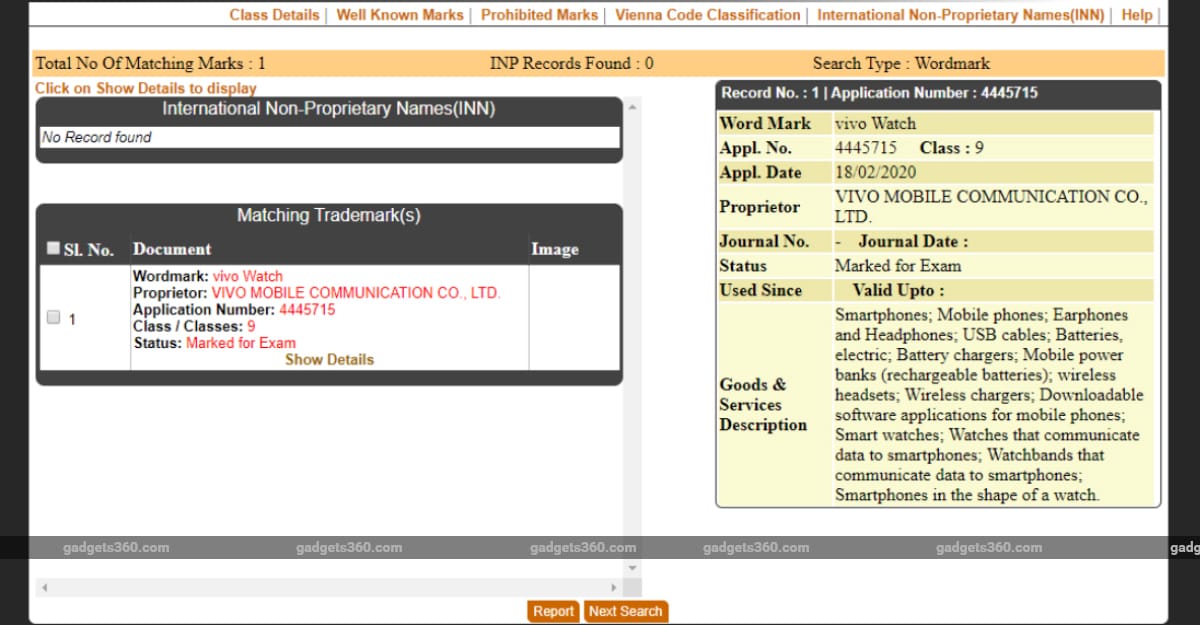 Vivo smartwatch has been rumoured to be in development for some time now. Back in February, Vivo Watch branding was spotted on multiple trademark websites, however, the device was never confirmed by the Chinese tech company. Now, a notable tipster on Weibo is suggesting the that the company is working on its smartwatch but unfortunately, no details including the name or specifications are known right now. It is also important to note that since Vivo has not confirmed this development, it is advised to take the information with a pinch of salt.

The development of the Vivo smartwatch was tipped by a notable tipster, Digital Chat Station (translated), who in the post claimed that “The Blue Factory” – hinting at Vivo – was entering the smartwatch market. But as mentioned earlier, the post does not contain any other information about the smartwatch, so we have to wait for some time until the company officially releases details about it.

To recall, back in February, the EUIPO, a European trademark website listed a Vivo smartwatch under the name Vivo Watch. Although the post did not highlight any information about the watch, it was speculated that the device will eventually arrive in Europe. Similarly, the same device was also listed on Intellectual Property India site that further hinted at the smartwatch’s arrival in the country. Currently, there is no record about the Vivo Watch on the India trademark website, anymore.

It is also unclear, that whether the Vivo Watch is the same smartwatch that the tipster is referring to. More information about the device is expected from the company in the near future.

Among other smartphone makers recently entering the smartwatch market, Oppo had introduced its first smartwatch last month. Dubbed as Oppo Watch, the smartwatch is offered in two sizes – 42mm and 46mm – and is powered by Qualcomm Snapdragon Wear 2500 SoC.

Will OnePlus 8 series be able to take on iPhone SE (2020), Samsung Galaxy S20 in India? We discussed this on Orbital, our weekly technology podcast, which you can subscribe to via Apple Podcasts or RSS, download the episode, or just hit the play button below.