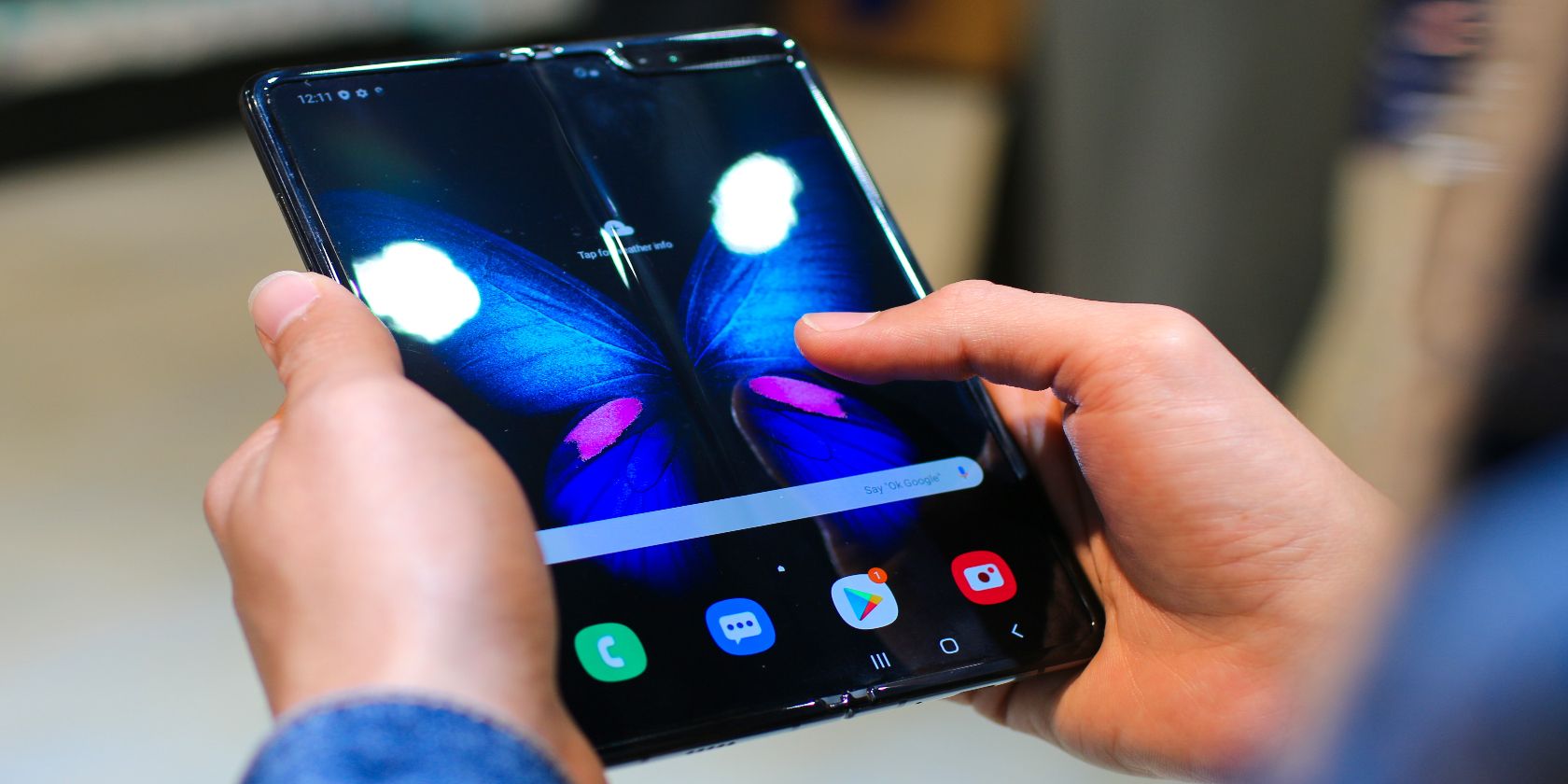 The foldable phone has been through a long and bumpy road. Here’s a rundown of that journey.

Foldable phones were a dream for OEMs and consumers alike for years. Samsung was showcasing concepts and false trailers of the technology since 2013. It remained a pipedream until 2019 when the first truely foldable smartphones were released. Now, in 2021, it’s safe to say that the foldable phone is in a very different place than it was back in those days. Here’s a brief history of the foldable smartphone.

The early days of the foldable phones, and flexible screens in general, are hard to pin down. A handful of companies were working toward their own takes on the technology. We have Samsung to thank as one of the companies that showed us what life on a foldable screen could be like.

In late 2013, the two Korean tech giants, Samsung and LG, brought phones to the market that had subtle curves to their displays. One was the Samsung Galaxy Round and the other was the LG G Flex. Both phones employed flexible screen technology to give them their trademark curves.

The concepts differed in some key ways—the most notable thing being the orientation of the curves. The G Flex had a horizontal curve while the Galaxy Round had a vertical one. The applications of these curves wasn’t to introduce consumers to the thought of a foldable phone.

The Flood of Foldable Phone Concepts

It wasn’t long until the world was introduced to the concept of a phone that folds, bends, and rolls to suit consumers’ needs. A bunch of fun and ambitious experiments were developed by tech companies that offered a look at what they wanted to be the mainstream foldable device.

Even though the technology was years from being a thing, companies like Samsung and Lenovo kept consumers’ palettes wet showing off these experiments. Here are just a few of those experiments.

Samsung seemed to be right on the money in predicting the foldable phone’s destiny. Back in 2013, the company released videos showing their idea of the foldable phone. One notable video was one that was shown off at CES that year.

This video showed the classic model of a phone that folds outward to become a tablet. This is the DNA that resides in phones such as the Galaxy Fold series, the Huawei Mate X series, and the Xiaomi Mi Mix Fold.

In 2016, Lenovo made a splash by showing off some of its ideas for what a foldable smartphone should be. At their event, Lenovo Tech World, the world was introduced to a phone that, like the Huawei Mate X (first generation) folded outward to extend its external display.

While that was impressive, especially for 2016, perhaps the most interesting concept was their phone that didn’t fold, but wrapped. It would bend backwards to wrap around your wrist, making for a rather odd looking smartwatch.

The Drasphone is perhaps unknown to most people. It was a concept that hit the scene around 2015. It took the folding phone concept to new heights. The typical folding smartphone has one hinge—the Drasphone had three! Because of that, it could be folded in a zig-zag fashion.

Phones That Folded (But Not Really)

In a time that the foldable phone concept was in this weird, half-baked phase, some companies stepped up to deliver foldable phones that didn’t actually fold. Fed up with elusive concepts and trade show floor show-and-tell, ZTE went and brought a phone that was a foldable in spirit, at least.

The phone was called the ZTE Axon M, and it was a phone that had the form factor of the Galaxy Fold, but instead of one screen, it had two screens on either side.

Not too long after, LG came up with its own take on that mentality. Starting with its V50, the company started adding secondary screen attachments to its phones. It was a case that would open and shut like a Galaxy Fold. Of the phones that released with this new case, the LG G8X was the best alternative to a foldable phone.

The first foldable phone to hit the market was the Samsung Galaxy Fold. The Galaxy Fold series represents the classic application of foldable phones, having a phone fold out into a tablet. Not long after that announcement, Huawei came onto the scene and launched its foldable phone, the Mate X.

The two phones were similar, but very different in the way they folded. The folding screen on the Galaxy Fold lies on the inside and unfolds when you open up the phone. The screen on the Mate X, by contrast, wraps around the outside of the phone and would straighten when the device is opened. After that, Motorola introduced us to the clamshell foldable phone with the Razr 2020.

These phones really showed what foldable phones could do. Not only that, but they showed how easy it is to wreck a foldable phone’s screen. Not long after these phones hit the market, there were numerous reports of malfunctioning screens across all three lines of phones.

Gaps between the screen and the chassis of the phones was the cause of the issue, just enough for dirt particles or other foreign objects to enter the device. Users would open their devices to find particles under the screen, dead pixels, and unresponsive regions of the display. Only adding to the headaches was the fact that the screens were so soft that fingers would leave indents.

These issues hit the companies hard and caused most people to lose confidence in the foldable phone.

Related: How to Care for Your Foldable Phone

Today, the foldable phone is in a very different place. Gone are the screen issues that plagued the early devices. Samsung and Huawei have been working on reducing the gap between the screen and the chassis.

Not only that, but other companies are jumping on the foldable phones hype train. Xiaomi has developed its Mi Mix Fold, and TCL (at the time of writing this article) is planning on bringing a foldable phone to the market. This paints a pretty picture for foldable phones as we look toward the future.

Companies are planning on creating larger foldable devices. Imagine a tablet that unfolds into a bigger tablet, or a fully unfoldable TV. Rumors suggest that Samsung is in the process of making the former. We’ve barely tapped the potential of foldable display technology.

Another thing to look forward to is the decrease in entry price. Getting into the foldable ecosystem will set users back $1000 at the very least. As the technology becomes more accessible, the prices of foldable phones will see a decline, either because the technology will become cheaper to manufacture or more older generation devices will become available.

The future looks bright for the foldable phone!

Origins, Growth, and Success: The History of Samsung

How did Samsung turn from a fridge manufacturer into a smartphone giant? Here’s what you need to know about Samsung’s history.