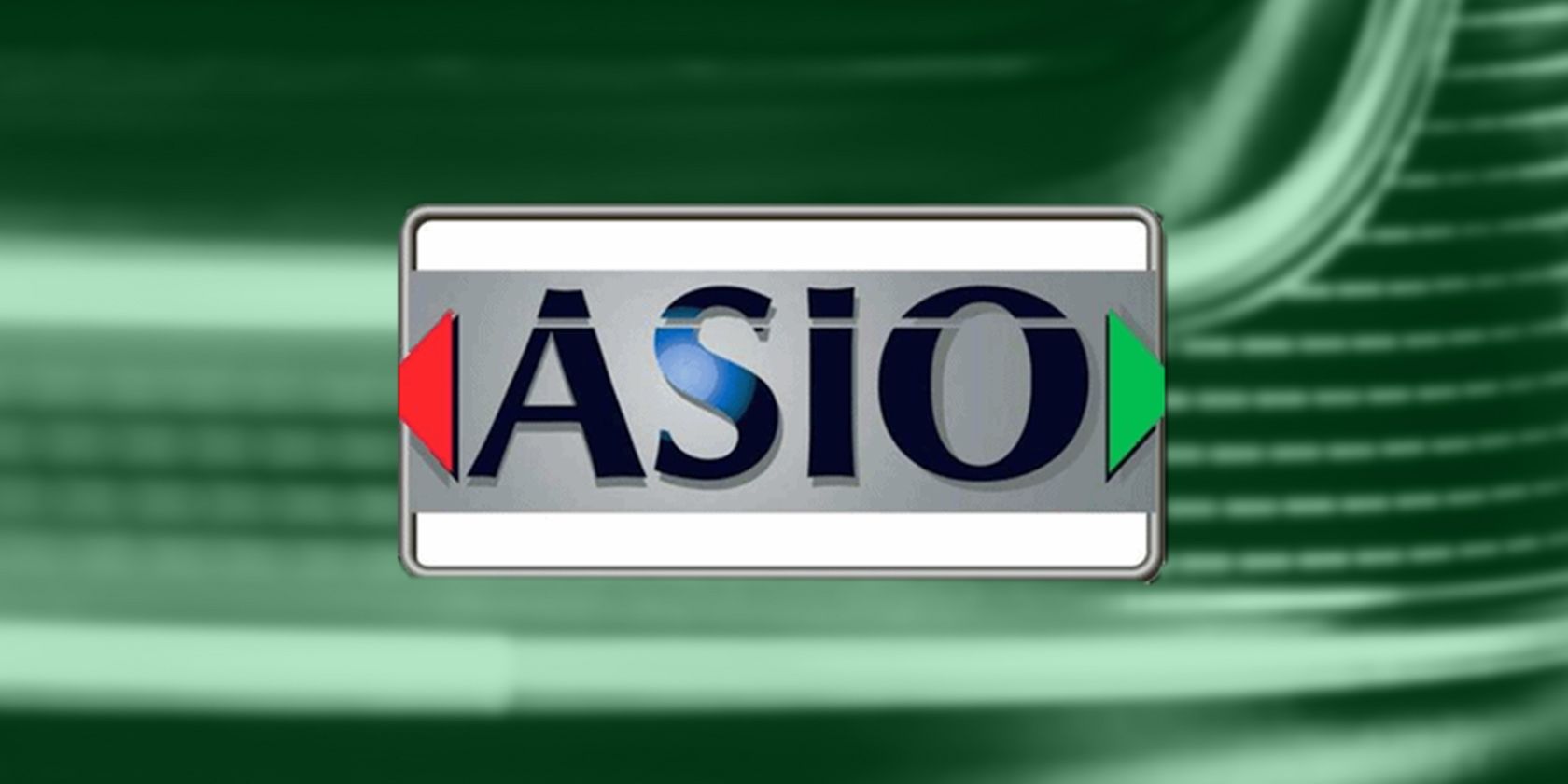 If you’ve worked with digital and electric musical instruments, you’ve probably heard of ASIO. But if not, and you’ve come across the acronym, read to learn what ASIO is and how it works.

ASIO is a sound card driver protocol created by the German music company Steinberg, who also develop Cubase, the popular audio workstation. ASIO is a familiar name for anyone who’s worked with digital audio recordings because it gives music producers a way to get direct access to their audio devices.

Most professional sound cards and production software come with their own version of ASIO preinstalled on them, but you can install ASIO drivers separately as well.

ASIO drivers are currently available solely on Windows, but an experimental version called WineASIO available allows you to install ASIO on Linux systems through Wine.

ASIO isn’t available on macOS, but this is because Mac systems use an API called Core Audio which makes the services that ASIO provides pointless since Core Audio doesn’t have the drags of Window’s DirectSound.

Related: Use Wine on Ubuntu to Run Windows Software

DirectSound’s role as an intermediary between you and your audio device presents you with many features, but these features often prove to be superfluous for the professional user. This is because the processes and layers that DirectSound forces an audio signal to go through give rise to one of the worst things a music producer would want to deal with: latency.

Related: Free VST Plugins Every Musician Should Have

When you have your instrument jacked into your computer, you expect a note to be played whenever you play it and not half a second later. Staying on tempo or articulating a rhythm becomes more challenging than it should be when you’re dealing with unwanted latency.

When digitally recording audio, the audio is first captured in an analog format. It’s then converted to a binary format where it can be stored on a hard disk. Between these two main processes lay a bundle of extra processes that are mostly affiliated with DirectSound.

Every extra process that the audio signal has to go through adds a tiny bit to the overall latency, and when these processes bundle together, the latency becomes significant. This significant latency, in turn, becomes bothersome when you’re recording music with your device.

Now that you know what causes the latency, you can probably conclude that one obvious method to cut down on latency would be to short-circuit the extra layers that DirectSound forces the audio signal through. You’re absolutely right, and ASIO does exactly that.

What Does ASIO Actually Do?

ASIO allows audio software to gain direct access to the audio device by bypassing the normal audio pathway through DirectSound. By skipping the unnecessary layers of DirectSound, ASIO diminishes the speedbumps on the route from your audio device to your computer and significantly reduces latency.

Aside from low latency, ASIO allows you to see all of the available channels on an audio device and not just the stereo channel that Windows shows you. With this feature, you can unlock the multi-channel capabilities of your audio device.

Finally, one last major benefit of ASIO is that it delivers bit transparent outputs. The audio signals received through ASIO are not compressed or resampled, meaning you receive higher fidelity than if you were using DirectSound.

With ASIO, you can skip the many unnecessary layers of DirectSound and get high-fidelity audio with low latency while also gaining access to multi-channel on your audio device. However, ASIO alone isn’t enough for making music. You’re going to need some good software to go with it too.

Amir is a pharmacy student with a passion for tech and gaming. He also plays the electric guitar and loves listening to indie rock bands.