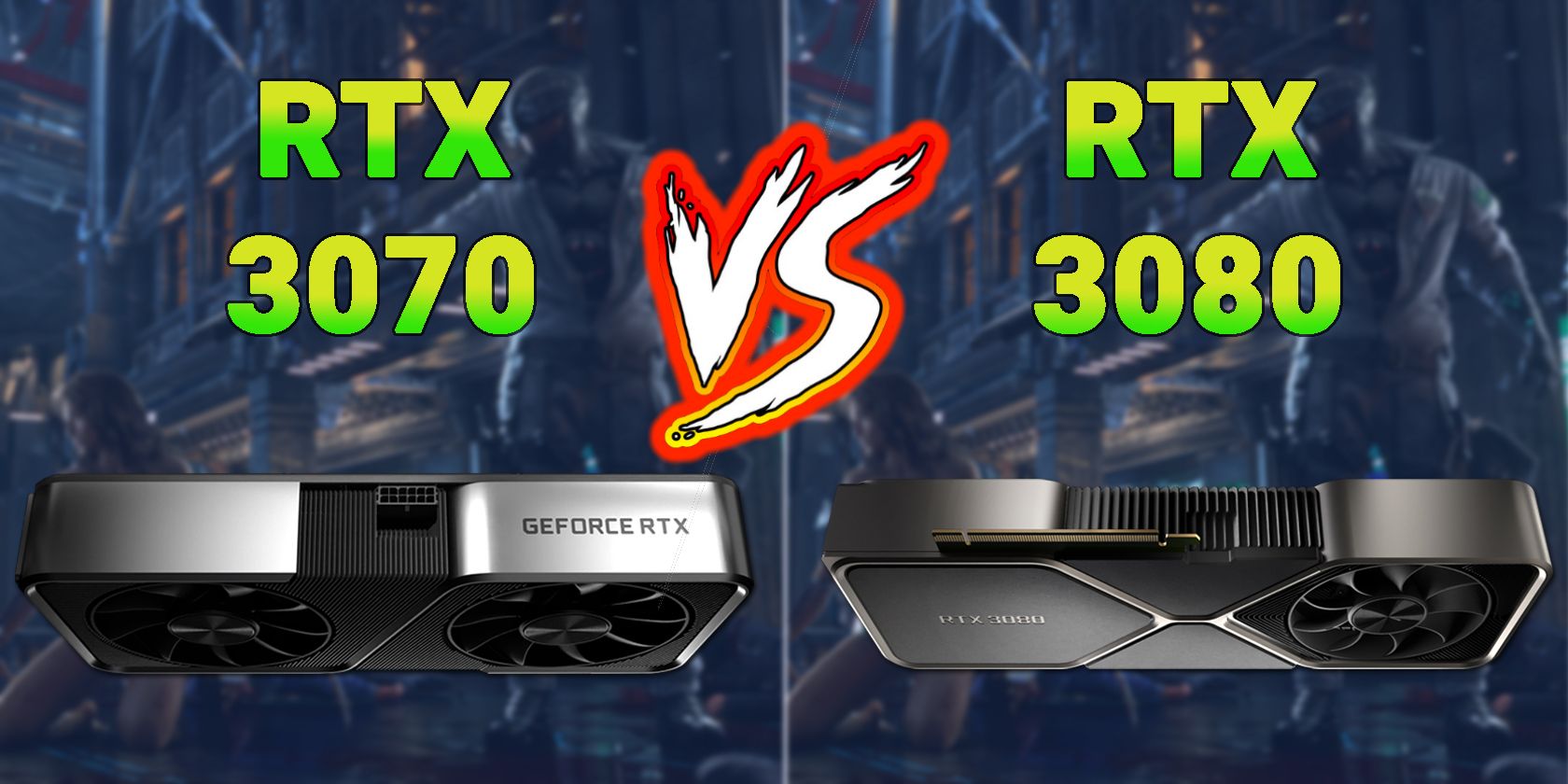 Nvidia’s new 30-series GPUs represent the first major performance leap in graphics technology in at least half a decade.

To hear Nvidia’s own claims, the flagship RTX 3080 roughly doubles the performance of the outgoing RTX 2080. The RTX 3070, meanwhile, supposedly outperforms the reigning 2080 Ti at a fraction of the price.

Most PC owners don’t upgrade their hardware every single generation, though, making Nvidia’s comparisons a bit abstract. So what should someone in the market for a new GPU buy when faced with the decision between the Nvidia RTX 3080 vs. the RTX 3070?

Nvidia’s 30-Series GPUs: What Do the Specifications Tell Us?

While the spec sheet never offers us the whole picture, we can use it in this case to make some preliminary observations.

First off, the RTX 30-series of GPUs is built on a new 7nm manufacturing process, which has allowed Nvidia to cram even more transistors onto the GPU. As a result, the RTX 3080 has more than double the number of processing cores when compared to its predecessor.

A significant drawback of the RTX 3080, however, is its increased power consumption. This is especially important when comparing it against the RTX 2080, which had a 30 percent lower thermal design power (TDP). If you’re upgrading an older system, this increased power draw means that your existing power supply may not be good enough for the RTX 3080.

The price, meanwhile, remains unchanged between the two generations—which is a massive selling point for the RTX 3080. If Nvidia’s performance claims about the RTX 3080 are true, you’re essentially getting two 2080s for the price of one this generation. This is precisely why there is still so much hype over the 30-series GPUs, months after launch.

By far, the best way to prove the viability of a GPU is to see how well it does in its primary application: gaming. The following benchmarks come from Tom’s Hardware’s comparison of the two cards, at 1080p and 1440p resolutions.

Unless upgrading from the previous generation, these numbers should satisfy just about anyone looking for a new GPU.

Depending on the games you play, this performance gap may justify splurging on the RTX 3080. If you’re willing to sacrifice some graphical fidelity, the RTX 3070 may not be a bad choice either.

However, there’s more nuance to deciding between the 3080 and 3070—mainly revolving around the remainder of your system’s hardware.

If you’re one of the 67 percent of people still running a 1080p-class display, there’s only one way to describe the RTX 3080: Overkill. As you can see in the charts above, the performance difference between the RTX 3070 and RTX 3080 is minuscule.

This is because, at lower resolutions like 1080p, the GPU is simply too powerful relative to the other components in your build, like the CPU. Even with AMD’s Ryzen lineup of processors putting out impressive gains year-over-year, they’re not quick enough to keep up with the RTX 3080 at 1080p.

If you do choose to run an RTX 3080 at lower resolutions, the chances are that it’ll only be utilized to a fraction of its full potential. While the performance headroom will be useful in upcoming games, it’s probably not worth springing the extra money for, especially when the RTX 3070 exists.

However, that statement quickly turns around when you introduce higher-resolution displays and virtual reality gaming. Over the past few years, 1440p and 4K resolution displays have become increasingly affordable and accessible to the average gamer. Many of them are even capable of high refresh rates, all the way up to 165Hz.

If you own a 1440p 144Hz display or are looking to buy one in the future, the RTX 3080 is perhaps the best bet for you. While it does cost an appreciable amount more than the RTX 3070, it will offer a staggering performance upgrade and should outlast its smaller sibling.

The same applies to demanding applications such as virtual reality gaming and video editing. In the case of the former, the latest VR headsets from Valve and Oculus have internal display resolutions that are far higher than most monitors.

This means that your GPU will definitely see hefty utilization figures while playing newer VR games like Half-Life: Alyx and Star Wars: Squadrons.

The RTX 30-series has a few more tricks up its sleeve that simply aren’t found on the previous generation’s GPUs.

This includes Nvidia Reflex, a feature that Nvidia claims will reduce system latency to improve your reaction time in competitive multiplayer games. While Reflex will eventually be backported all the way back to Nvidia’s 900-series GPUs, the feature reportedly works best on the newest hardware.

While reviewers have arrived at mixed conclusions about Nvidia Reflex’s effectiveness, it’s a feature worth turning on since it comes with a little performance penalty.

If you’re serious about competitive games, the feature may even be worth upgrading for. Nvidia will also gladly sell you its GSync Ultimate monitors for an extra advantage, but you can also pick up a regular GSync compatible monitor since they’re cheaper and more readily available.

Related: What Is NVIDIA G-SYNC Technology? Will It Revolutionize Gaming?

Other benefits include using streaming tools such as Nvidia Broadcast and RTX Voice, which use machine learning techniques to boost audio and video quality. These features are useful outside gaming applications, too, given that meetings and conferences have moved online in the past year.

Whether or not these features are compelling is a matter of personal preference. However, s an overall package, there is no denying that both the RTX 3070 and 3080 GPUs are a gigantic step up over the previous generations.

The bill won’t go into effect unless five other states enact similar restrictions.