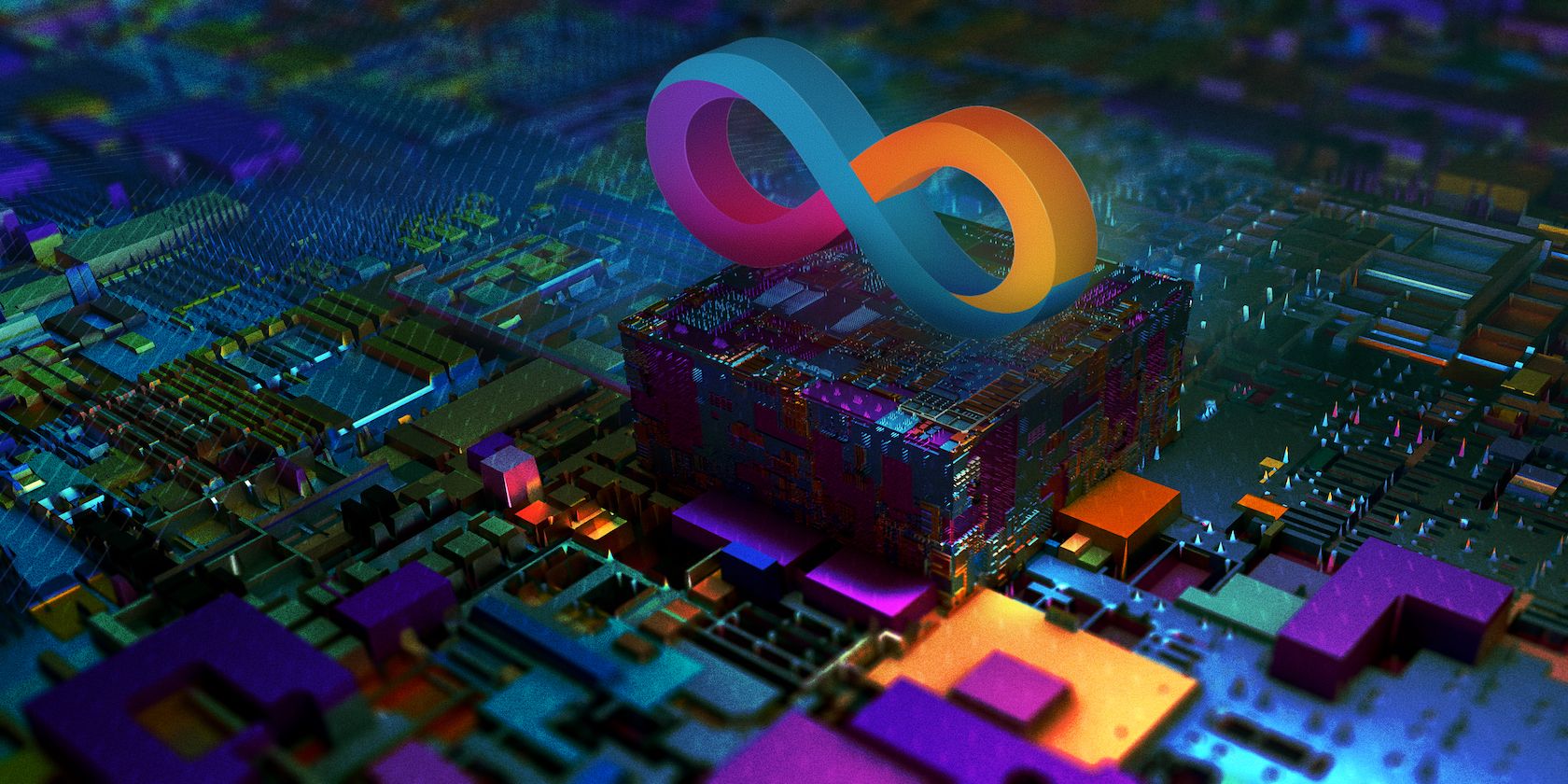 So far, 2021 has been a significant year for cryptocurrencies. Most mainstream coins have achieved greater valuations, with large institutions and companies like Tesla adding their considerable support to what was once a fringe technology.

In early May, there another cryptocurrency launched. Known as the Internet Computer, it has become one of the world’s most valuable cryptocurrencies in just two days. This is partly a reflection of the buoyant market conditions and a sign of confidence in the ideology behind it.

The Internet Computer intends to create a blockchain-based decentralized computing system, but can it really achieve those goals?

What Is the Internet Computer?

The Internet Computer is a blockchain-based smart contracts platform and an associated cryptocurrency known by its ticker symbol, ICP. According to the developer’s website, the Internet Computer “extends the functionality of the public Internet so that it can host backend software, transforming it into a global compute platform.” More plainly, the company hopes to create a decentralized cloud computing platform.

Most people’s day-to-day interaction with cloud services is for storage, using Dropbox, Google Drive, and iCloud. However, utilities like Amazon Web Services (AWS) serve as computer replacements, primarily for businesses. Companies can rent space on AWS servers, and they don’t need to worry about the maintenance or infrastructure. This significantly reduces running costs but means storing all of your data and software on Amazon’s infrastructure.

The Internet Computer would recreate some of this experience, allowing companies to host software and data across a network of connected computers worldwide. This is known as decentralization, where no single hosting company or server stores all of the data. There’s a strong case that you should be decentralizing your personal data, too. Instead, it’ll be supported by the blockchain and the ICP token. The tokens can be traded, and owners can participate in the Internet Computer’s liquid democracy-style voting system.

As of May 12th, 2021, ICP has a market cap of $37.5 billion, making it the ninth-largest cryptocurrency by market cap. At its peak on the first day of trading, it had a market cap of over $90 billion. This is extraordinary given that it has only been available for just two working days. While some fluctuations are inevitable in the cryptocurrency market, ICP has remained relatively stable at a market cap of around $40 billion since the evening of May 10th.

Why Is the Internet Computer Worth So Much?

Although it’s not a household name, AWS has become the backbone of the internet. Most apps store data on Amazon’s servers, and many critical internet-based services rely on AWS. Many businesses have become dependant on Amazon’s services, allowing them to scale quickly without investing vast sums in hardware and infrastructure. This offers the opportunity for many developers to turn a project into a viable business with lower risk for investors.

According to Amazon’s 2020 financial reports, AWS generated over $45 billion in revenue across the year, a significant proportion of the company’s entire income. As a result, it’s easy to see why investors would be excited at the Internet Computer’s potential as an AWS alternative. There’s also been increasing criticism of the Big Tech companies like Apple, Amazon, Facebook, Google, and Microsoft.

Politicians and activists around the world claim that these businesses have achieved near-monopoly status and abuse that position to assert their dominance. There is even talk of legal changes to require the breakup of these incredibly valuable but much-maligned tech companies. Given the increasing unrest about the Big Tech business model, there’s been a surge in interest around decentralization.

These factors account more generally for why people would be interested in a decentralized internet and cloud computing platform. Still, there are other factors involved in the Internet Computer’s enormous market cap. The world is currently gripped by a cryptocurrency boom, where mainstream options like Bitcoin, Ethereum, and Z-Cash are thriving. Bitcoin is now even accepted as a form of payment and has recently been integrated into PayPal and Apple Pay.

This exuberance is despite the extremely environmentally damaging impact of Bitcoin mining. According to CoinMarketCap, there are currently 9,457 cryptocurrencies available with a combined market cap of almost $2.5 trillion. Recent weeks have seen substantial price increases in Bitcoin and joke currencies like Dogecoin following tweets from the influential tech billionaire Elon Musk. These valuations have become so extreme that some have suggested that we’re in the middle stages of a cryptocurrency economic bubble.

DFINITY is the development company behind the Internet Computer. The company, formally known as the DFINITY Foundation, was originated in 2016 by founder Dominic Williams. Before the Internet Computer, Williams had developed the successful online game, Fight My Monster. After founding the company, he successfully led the DFINITY Foundation in multiple funding rounds.

To date, the Internet Computer is one of the most well-funded cryptocurrency projects, having raised almost $160 million pre-launch. Large investment and venture capital funds have contributed, too, including Andreessen Horowitz. The venture capital firm is best-known for its substantial early investment in Facebook and other social networks. Included in its active portfolio are notable tech companies like Airbnb, Coinbase, and Substack.

Like many blockchain startups, the DFINITY Foundation is a not-for-profit research organization. The company is currently based in Switzerland, with research centers and teams in the US, Japan, Germany, and the UK comprising almost 200 team members.

Is the Internet Computer Viable?

Decentralized computing is a growing interest to many, but the principles have been around since the late 1970s. Well-known applications like Tor are decentralized, as are peer-to-peer networks, including BitTorrent. As there is no central location for the data or application, they are resilient and cannot be easily shut down, making them favored by activists or those living under oppressive regimes.

Despite this, centralization and monopoly power have come to dominate. To many people, services operated by large technology firms like Facebook, Google, and Amazon, are the internet. These companies have become globally influential and immensely wealthy. Decentralized networks and protocols are a significant risk to their business model, and it’s not likely that they would be willing to allow a distributed network like the Internet Computer to undermine their operation.

These are societal hurdles, and attitudes may shift over time, allowing space for the Internet Computer to thrive. However, at present, it’s hard to tell whether ICP has the technical capability to scale into a leading decentralized platform. Despite vast sums of funding, there is little practical application of the Internet Computer at the moment. The currency only just launched, and it’s not entirely clear how the DFINITY Foundation has invested its considerable capital.

Similarly, decentralized systems have failed to capture the interests of the majority of internet users before. Often, they are complex and challenging to use. The same could be said of most technology, but the current mainstream internet is straightforward enough for an everyday user to get involved. The Internet Computer already has an overwhelming amount of complex terminology, including the Network Nervous System, ICP Utility Tokens (the tradable cryptocurrency), Neurons, and Canisters.

The extent to which the Internet Computer reduces monopoly power is also debatable. The DFINITY Foundation is responsible for developing the platform, a single company with responsibility and a potential failure point. At this point, it’s also not clear how much of the platform with be open-source. In theory, the Internet Computer will be hosted primarily by independent data centers, as they have the resource and hardware to sustain it.

To incentivize their participation, investors and data centers are rewarded with the ICP token, which can be traded and converted into fiat currency. While this may seem practical, it is only viable for as long as the ICP currency has a high value. If the costs start to outweigh the value of ICP, then it would be a loss-making venture for the data centers upon which the platform relies.

Viewed another way, you could also see this as an exercise in passing off the costs of running a cloud platform onto those involved rather than the DFINITY Foundation. Amazon invests substantial amounts of money into AWS, and users find value in the service and are willing to pay for it.

The Internet Computer model is based around the value of the currency. If it decreases, then the project is unviable. If it increases, DFINITY holds almost a quarter of all current ICP tokens. As a result, they generate income without bearing the infrastructure costs.

The Future of Computing

As the Internet Computer is so new, it’s hard to tell at this stage whether it’ll be able to fulfill its grand ambition. However, the sky-high valuation, combined with the incredible rise of meme-based currencies like Dogecoin and Shiba, suggests that a price correction may be inevitable.

For now, the Internet Computer is a speculative asset.

If DFINITY can back up its ambition with market-leading technology, then perhaps that may change. Even in that case, there are still some significant, potentially insurmountable hurdles to overcome before we can start using the Internet Computer-based decentralized internet.

Dogecoin isn’t the only meme crypto out there. Dive into Garlicoin, Baguette Token, Elon Gate, and more.

James is MakeUseOf’s Buyer’s Guides Editor and a freelance writer making technology accessible and safe for everyone. Keen interest in sustainability, travel, music, and mental health. BEng in Mechanical Engineering from the University of Surrey. Also found at PoTS Jots writing about chronic illness.