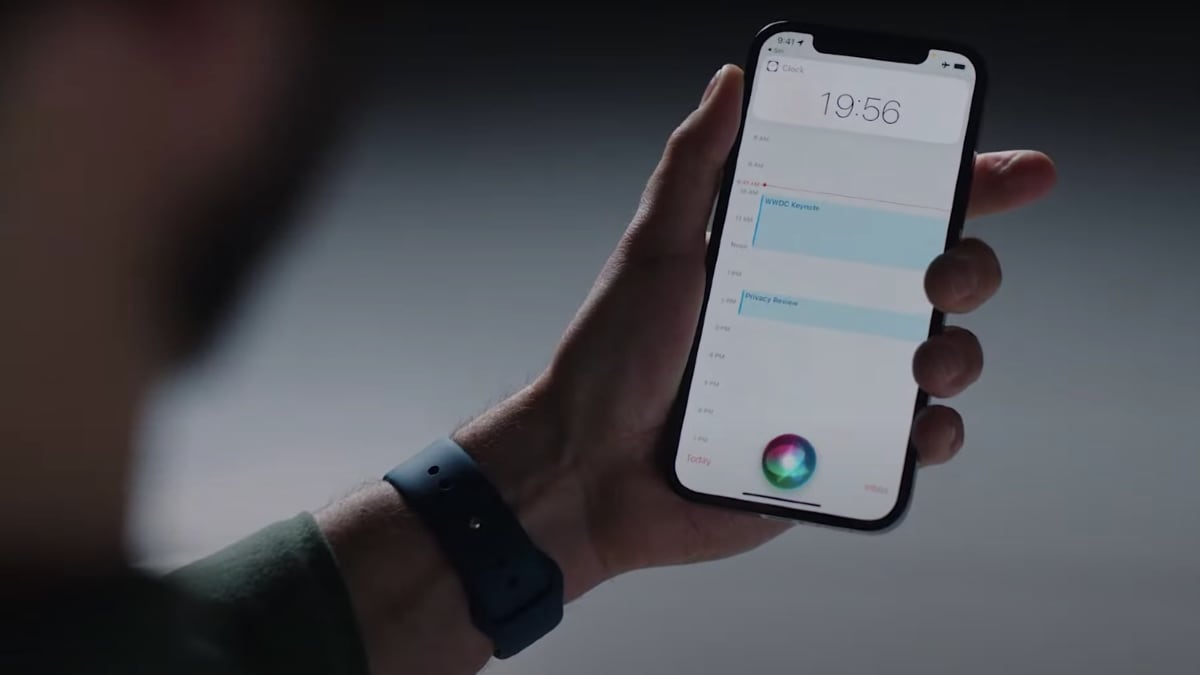 WWDC 2021 keynote saw several announcements from Apple that highlight what’s coming this year on the software side for iPhone, iPad, Mac, and Apple Watch users. The announcements included the preview of iOS 15, iPadOS 15, macOS Monterey, and watchOS 8. However, apart from the major developments, the company announced some supplementary details that are mainly around its offerings including Siri, AirPods, and Apple TV. Apple also didn’t get time to announce details around things like an inbuilt authenticator and enhanced tracking via Find My network. We’re thus covering all such announcements here.

Apple’s Siri has so far been exclusive to Apple devices — unlike Google Assistant and Amazon’s Alexa that are both accessible on third-party devices as well. However, this trend seems to be changing soon as Apple at the WWDC 2021 keynote announced the arrival of Siri on third-party devices. It will be enabled through HomeKit that will allow accessory makers to enable the “Hey Siri” command on their devices. However, users will require a HomePod or HomePod mini to pass on their voice commands to third-party devices. This is in contrast with how many non-Google and non-Amazon devices support Google Assistant and Alexa, respectively.

The details available on the iOS 15 Preview website reveal that the HomePod devices need to run on the HomePod software version 15.0 or later to enable the new experience.

In addition to its access via third-party devices, Siri has been updated with the ability to process a list of requests without an Internet connection. These requests could be for accessing preloaded features and apps, including Timers & Alarms, Phone, Messaging, Sharing, App Launch, Control Audio Playback, and Settings. The change will come through on-device processing that is also touted to help make Siri faster to respond. It will also allow Apple to gain an edge over the competitors and address privacy concerns around unwanted audio recordings being stored by companies offering voice assistants.

The arrival of iOS 15 is enhancing user experience on AirPods by bringing new features. These include a ‘Conversation Boost’ that is limited to the AirPods Pro and is aimed to help people facing problems in hearing others, especially when they are in a crowded place. Apple said that the feature will allow the true wireless stereo (TWS) headphones to isolate the voice of the person at the foreground, by offering specific sliders on the connected iPhone or iPad screen to adjust ambient noise.

AirPods also received the ability to let users ask Siri to tell them what notifications are appearing on their screen. This feature is called ‘Announce Notifications’ and is in extension to the existing option to read out messages and texts via AirPods. Apple has also provided support for announcements based on location-based tasks recorded in Reminders and Time Sensitive notifications. Further, the notification messages will be read out on the basis of Do Not Disturb and Focus settings.

The feature to announce notifications is limited to AirPods (2nd generation), AirPods Pro, and AirPods Max in the US English language.

Further, AirPods Pro and AirPods Max have received Find My support to let users find their lost headphones directly using the Find My network. The headphones will be able to play a sound when they are called out using the Find My app — no matter whether they are in their case or are placed separately. There will also be separate alerts to notify users when they are about to leave their AirPods behind.

Both AirPods Pro and AirPods Max have also received spatial audio support — backed by Dolby Atmos music support along with Apple’s dynamic head tracking. It will be available to Mac and Apple TV users.

Although it did not get space to receive an official announcement during the keynote, an integrated password authenticator in iOS 15, iPadOS 15, and macOS Monterey is available to offer better security. “If a site offers two-factor authentication, you can set up verification codes under Passwords in Settings — no need to download an additional app,” the company noted on its site.

The inbuilt authenticator takes on the likes of Google Authenticator, Authy, and Microsoft Authenticator and would give no reason to Apple users to go for any third-party solutions.

Find My network remains useful when iPhone is off

Apple is silently enhancing the Find My network with the ability to locate a lost iPhone when it is turned off. This will be helpful especially if your missing iPhone does not have enough battery to stay active or has been turned off by a thief until you’re able to track its location. The location tracking feature will also work when the phone settings are reset to default.

Users after installing iOS 15 on their iPhone will receive a notification about the new experience once it reaches low battery for the first time, 9to5Mac reports. The feature seems to be enabled by default, though users have the option to disable it from the Find My settings.