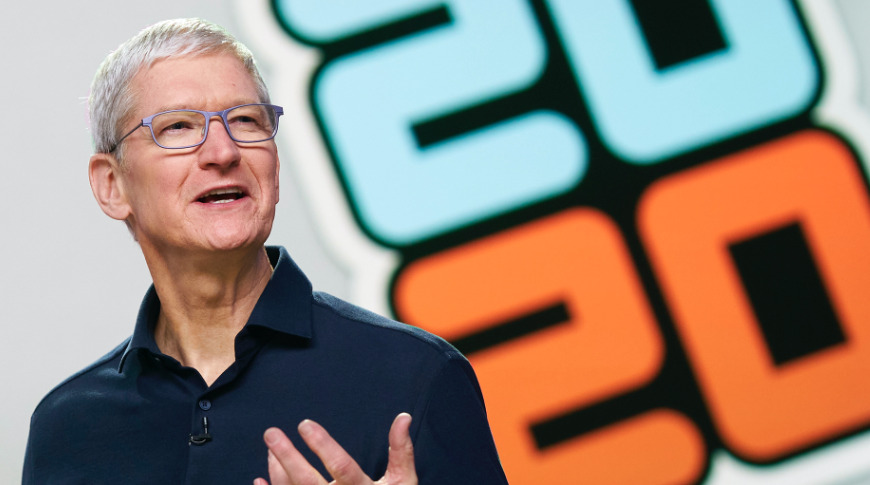 It will be WWDC and its “historic” announcement of the move to Apple Silicon that will be remembered, but there was so much more going on in June 2020 for Apple.

Apple is very good at judging how to present itself. In June’s WWDC 2020, it managed to give us an extremely well-made keynote show, and managed to pull off every bit of hype that it always does. “This is going to be truly a unique week delivered unlike any that we’ve done before,” said Tim Cook.

But in what must always ultimately be a promo video, Apple also addressed issues head-on. The first was the coronavirus itself, which Apple starkly talked about. Where most technology presentations have simply been cancelled or postponed, Apple went ahead with a radical revamping of its annual WWDC, but it wasn’t about to ignore the situation.

Instead, that revamping extended far beyond the glitzy keynote video as Apple rethought and reworked how the whole week’s developer sessions went. Everything was still about how great Apple is, though, and that’s a hard sell at the best of times.

So coming out with balloons and “magical” thinking would have felt painfully out of tune. Yet Apple did go all the way up to “historic” and it was able to, because it built to that from a somber, sober start. 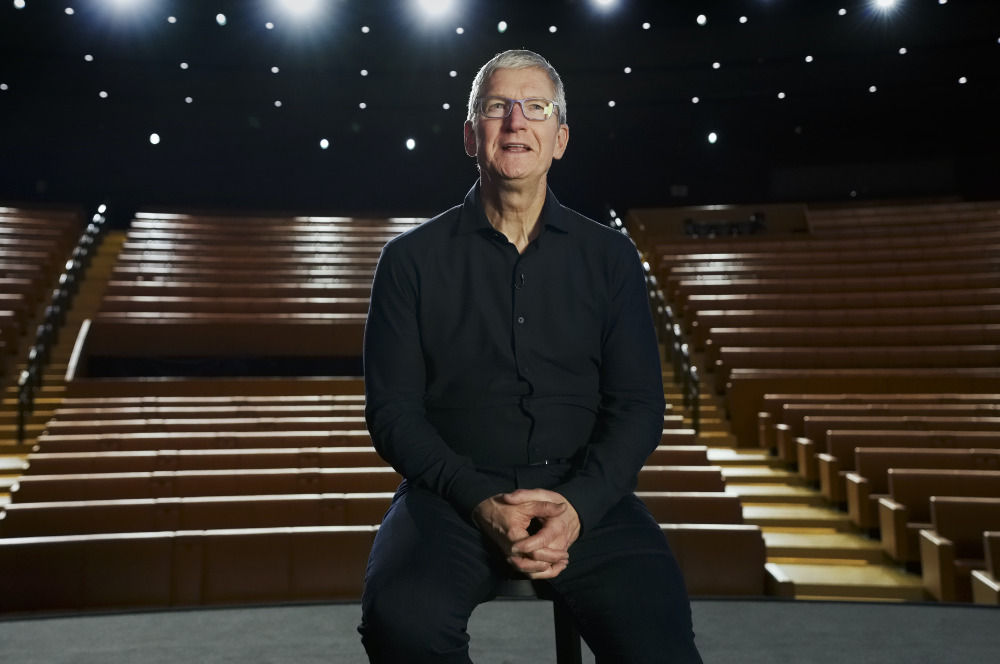 Some firms would’ve tried to hide the empty seats. Apple used them.

When Tim Cook stepped out onto that familiar stage and we were shown the rows of empty seats, it was Apple acknowledging the reality of our situation. And then when Cook sat on a stool to talk to us, it was the most gigantic of American corporations speaking with a personal voice, directly to us as individuals.

“To start, I want to address the topic of racism inequality and injustice, and to recognise the pain being felt throughout our nation, especially in our black and brown communities,” said Cook. “After the senseless killing of George Floyd. And while the events of this past month are sadly not new. They have caused us to face long standing institutional inequalities and social and justices.”

Whether or not a sales presentation is the obvious place to make social and political commentary, that’s what Apple did and it worked. As a show, it began with cold reality that meant everything felt steeped in the real world instead of some hyped advert.

It worked as a start to the show because it enabled us to feel good going off into macOS Big Sur, iOS 14, and all of the rest. But it also worked because it was a continuation of what Apple had been doing all month, including the renaming of its Apple Glasgow store. 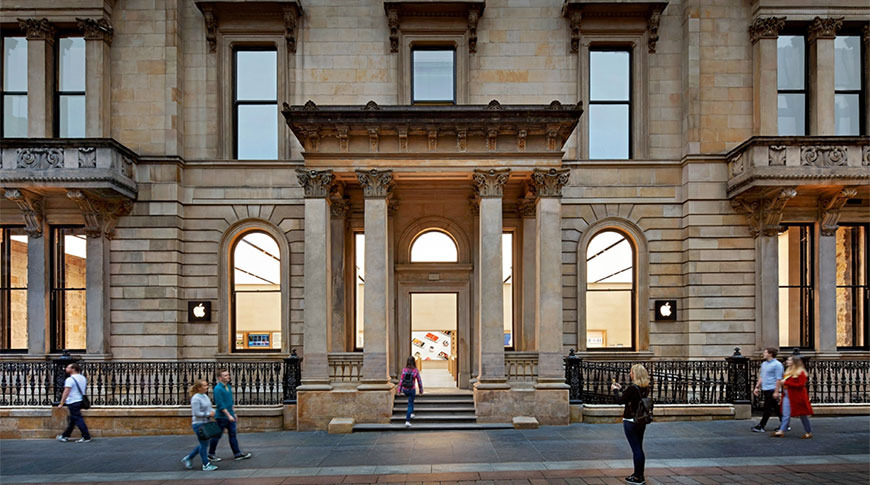 “Two weeks ago,” continued Cook, “we announced Apple’s racial equity and justice initiative with a commitment of $100 million. Starting in the United States, and expanding over time… This initiative will challenge systemic barriers that limit opportunity for communities of colour in the critical areas of education, economic equality and criminal justice.”

He followed that description of Apple’s new initiative, by tying it into WWDC and the developer community. Cook talked about Apple’s new developer entrepreneur camp for black developers.

“We want to do everything we can to foster the brightest lights, and best ideas at Apple. Our mission has always been to make the world a better place, and we’re committed to being a force for change,” he said.

Analysed like this, you can see the steps that Cook and Apple chose to take that started off this keynote — and that care is just one reason this was a genuinely exceptional production. But just watched straight, seen as this personal chat, it was actually moving.

And whether or not Cook actually managed to launch social responsibility, he certainly set off WWDC perfectly. From that quiet start, the show never stopped and we raced through what felt like a ceaseless cascade of important announcements.

Even the most detailed account of everything Apple announced, though, couldn’t be complete — because we kept learning more int he week of WWDC sessions that followed. AppleInsider talked with developers about how the whole event was for them.

As each of those learned more from developer sessions, and as each of them pressed Apple for more details or more answers, Apple itself moved forward. Craig Federighi talked publicly about specific feature details such as how users will now be able to interact with Siri, or not.

We also learned this month that — at least allegedly — Apple may well have stuck with Intel at least a while longer, if it weren’t for Skylake. Intel’s problems with that were reportedly the last straw for Apple.

If Apple achieved nothing else in June, it so definitely did this. Before June, we all expected a move to making an ARM Mac, and we thought it might be a rough ride.

In truth, it still will be, but Apple has sold us all on the idea that it is an inevitable necessity, that it will result in better Macs, and also just quite simply that there’s no question it will happen. No one doubts that Apple will pull this off, and we are all so convinced that it’s possible to think the move is easy. It would later make some missteps with macOS Big Sur that maybe brought back some doubts for us, but in general it has delivered on its many promises.

If you think that’s simple, either because Apple has a lot of money or because it’s done this major move twice before, the former President of Microsoft’s Windows Division, Steven Sinofsky, does not. He could barely contain himself.

Amidst all the details, installing pre-release, and commentary (including my own) I want to take a moment to reflect on #WWDC putting it in context of the past two decades. Quite simply, what we’re seeing is some of the most remarkable product engineering over time in history. 1/ pic.twitter.com/hTrQ1R7Pgv

It wouldn’t be a month with a day in it, though, if Apple weren’t simultaneously being praised and criticized. For June, the major criticisms came from the European Union, which has launched anti-trust probes into the App Store and Apple Pay.

Complaints over the App Store dominated the news cycle before WWDC, with justifiable complaints about inconsistencies in its approvals process. And arguably with equally understandable but less justified attempts to get around paying Apple’s fees.

Every side of every argument about the App Store seemed to coalesce around the new Hey email app, though by the end of June, those appeared to have been pretty easily resolved after all. We might soon forget Hey email, but the App Store was in for a bumpier ride for the rest of the year.

Apple did say, after enough pressure from developers, that it was listening to them about the App Store. But it also defended itself, and overall looked likely to use its usual strategy of riding out the storm. 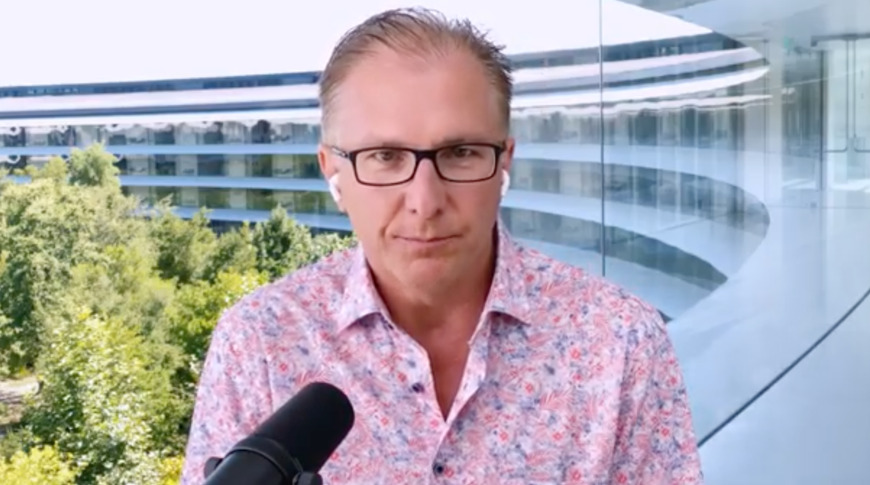 Maybe it’s just because it can afford to wait, but both now and throughout its history, Apple has tended to take longer-term views, and let the heat of the day burn itself out. Unless you’re somehow being affected by an Apple decision, that has to be good because it seems central to every achievement the company makes.

And that includes Apple Silicon. After all of the software demonstrations where done during the WWDC keynote, Federighi concluded that part of the presentation by saying that “these changes are only the beginning.”

“For years now, down deep below the surface,” he continued, “we’ve been working on something truly profound.” Then Tim Cook was off into his introduction of Apple Silicon.

Apple is always working on the future and it seems it is always thinking strategically. If you ever doubt its abilities and its successes, June 2020 had another example of just how hard it is to out-Apple this company, as Microsoft entirely gave up on its Microsoft Stores.

Mind you, Apple shouldn’t get complacent. It might be hyper-successful, it might quite literally have more cash than certain nations, but June came with a warning.

While everyone wonders whether next June’s WWDC will be online or not, the scary truth is that the real question is whether Apple will still exist. Tim Cook and the rest can only hope that it survives the current suit claiming “$2 priceless trillion” in damages after some iPhone repair. With luck, Apple will make it to July 2020 at least.