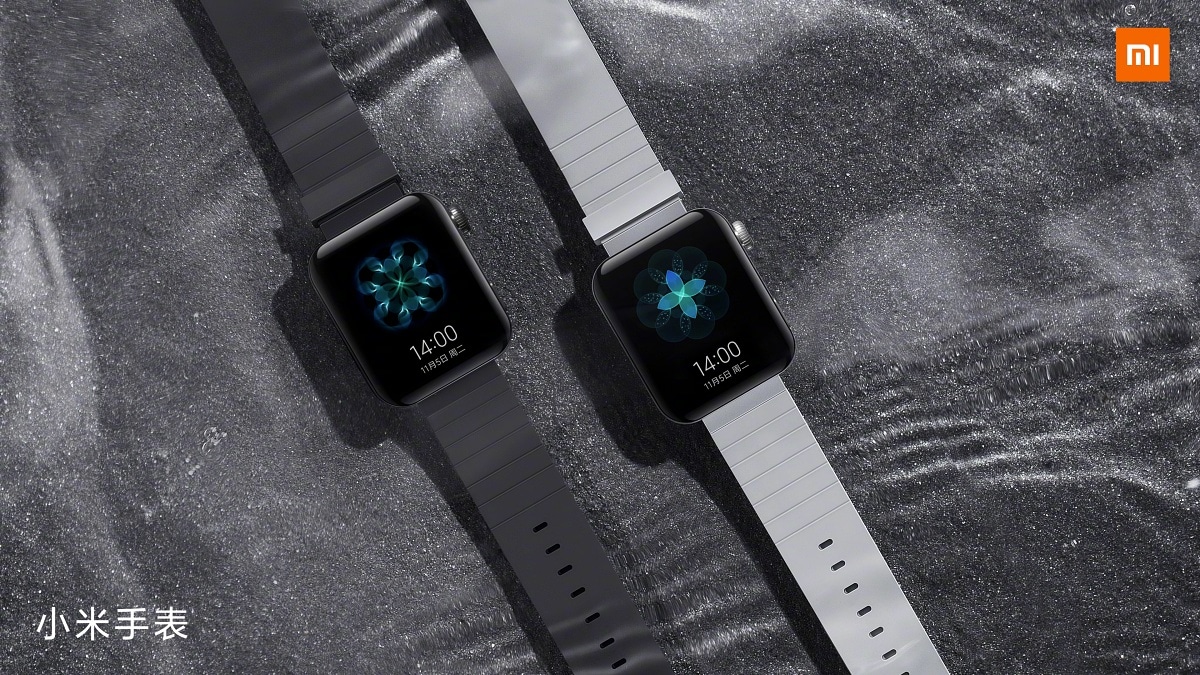 Just a day after revealing that it is working on a smartwatch, Xiaomi has offered the first glimpse of the device to the world. Sporting a design that seems inspired by Apple Watch, the Xiaomi Watch (Mi Watch?), or whatever the final branding of the smartwatch is, will be offered in Black and Silver colour options. Mijia, which is a part of Xiaomi ecosystem and seems to be the manufacturer of Xiaomi Watch, has also shared some details about the smartwatch.

A Weibo post by Xiaomi CEO Lei Jun showcases the upcoming Xiaomi Watch. Jun has also noted that Xiaomi Watch will be offered in Black and Silver colours. The image shows the smartwatch to be sporting a 3D curved glass on the front as well as a crown on the right. 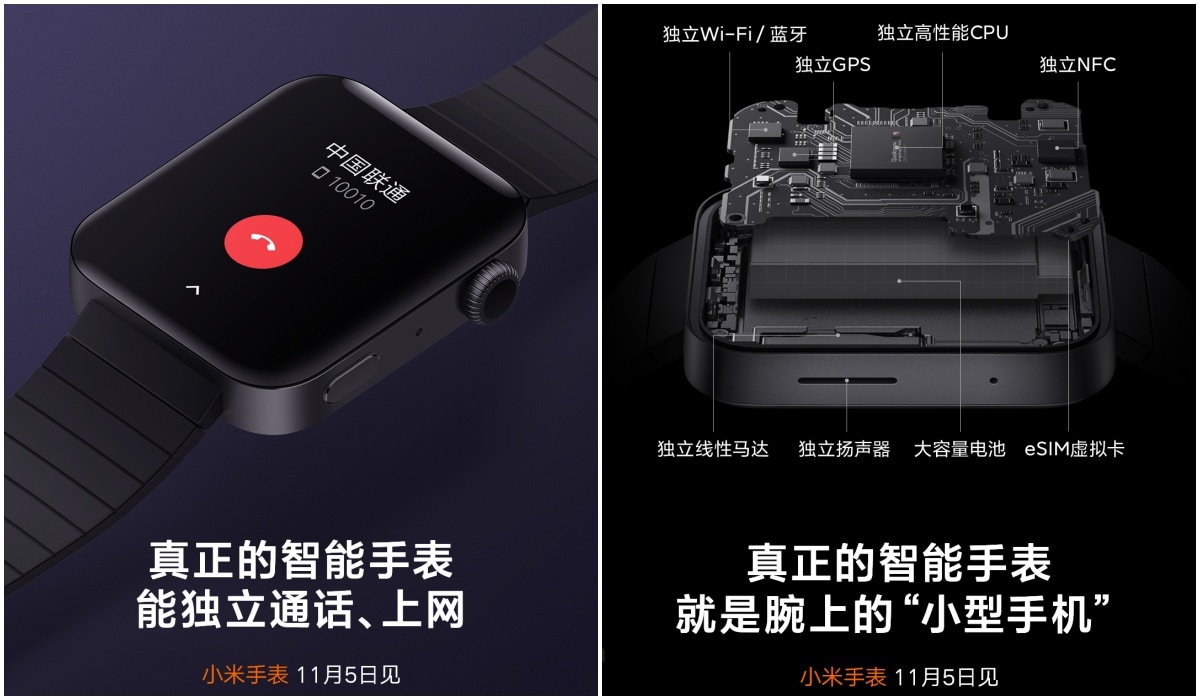 Xiaomi Watch will be unveiled on November 5 in China
Photo Credit: Weibo/ Mijia

The Xiaomi Watch will also include GPS, NFC support, Wi-Fi connectivity, a large battery, and a speaker. The onboard SoC seems to be Qualcomm’s Snapdragon Wear 3100, as one can see in the promo image. No other details are available at this point, but a previous leak had indicated that Xiaomi was working on a Wear OS-powered smartwatch. It is quite possible that the upcoming Mi Watch is the same smartwatch.

In other Xiaomi news, Xiaomi TV team is teasing that at least one model in the upcoming Mi TV 5 series will have a 4K Quantum Dot screen with NTSC colour gamut as high as 108 percent. Both Xiaomi Watch and the new Mi TV Series 5 will be unveiled on November 5, alongside the new Mi CC9 Pro smartphone.