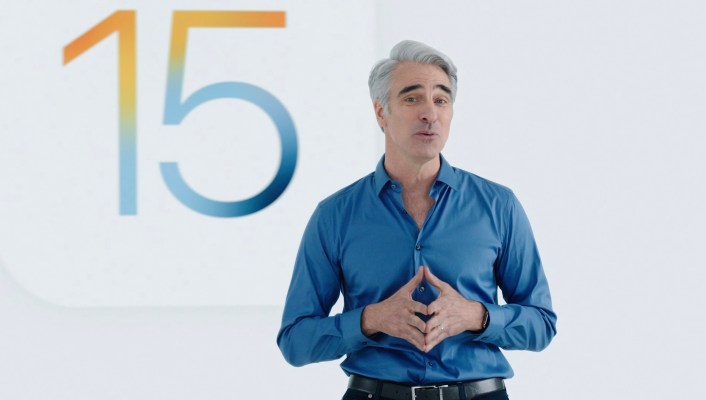 During the virtual keynote of WWDC, Apple shared the first details about iOS 14, the next major version of iOS that is going to be released later this year. There are four pillars with this year’s release: staying connected, focusing without distraction, using intelligence and exploring the world.

“For many of us, our iPhones have become indispensable,” SVP of Software Engineering Craig Federighi said. “Our new release is iOS 15. It’s packed with features that make the iOS experience adapt to and complement the way you use iPhone, whether it’s staying connected with those who matter to you most. Finding the space to focus without distraction, using intelligence to discover the information you need, or exploring the world around you.”

FaceTime gets a bunch of new features

Apple is adding spatial audio to FaceTime. Now the voices are spread out depending on the position of your friends on the screen. For instance, if someone appears on the left, it’ll sound like they’re on the left in your ears. In other FaceTime news, iOS now detects background noise and tries to suppress it so that you can hear your friends and family members more easily. That’s an optional feature, which means that you can disable it in case you’re showing a concert during a FaceTime call for instance.

Another FaceTime feature is ‘Portrait mode’. Behind this term, Apple means that it can automatically blurs the background, like in ‘Portrait mode’ photos. In case you want to use FaceTime for work conferences, you can now generate FaceTime links and add it to a calendar invite. FaceTime will also work in a web browser, which means that people without an Apple device can join a FaceTime call.

FaceTime is a big focus as Apple is also introducing SharePlay. With this feature, you can listen together to a music album. Press play in Apple Music and the music will start for everyone on the call. The queue is shared with everyone else, which means anyone can add songs, skip to the next track, etc.

SharePlay also lets you watch movies and TV shows together. Someone on the call starts a video and it starts on your friend’s phone or tablet. It is also compatible with AirPlay, picture-in-picture and everything you’d expect from videos on iOS.

This isn’t just compatible with Apple TV videos. Apple said there will be an API to make videos compatible with SharePlay. Partners include Disney+, Hulu, HBO Max, Twitch, TikTok and more. Here’s a screenshot of the initial partners: 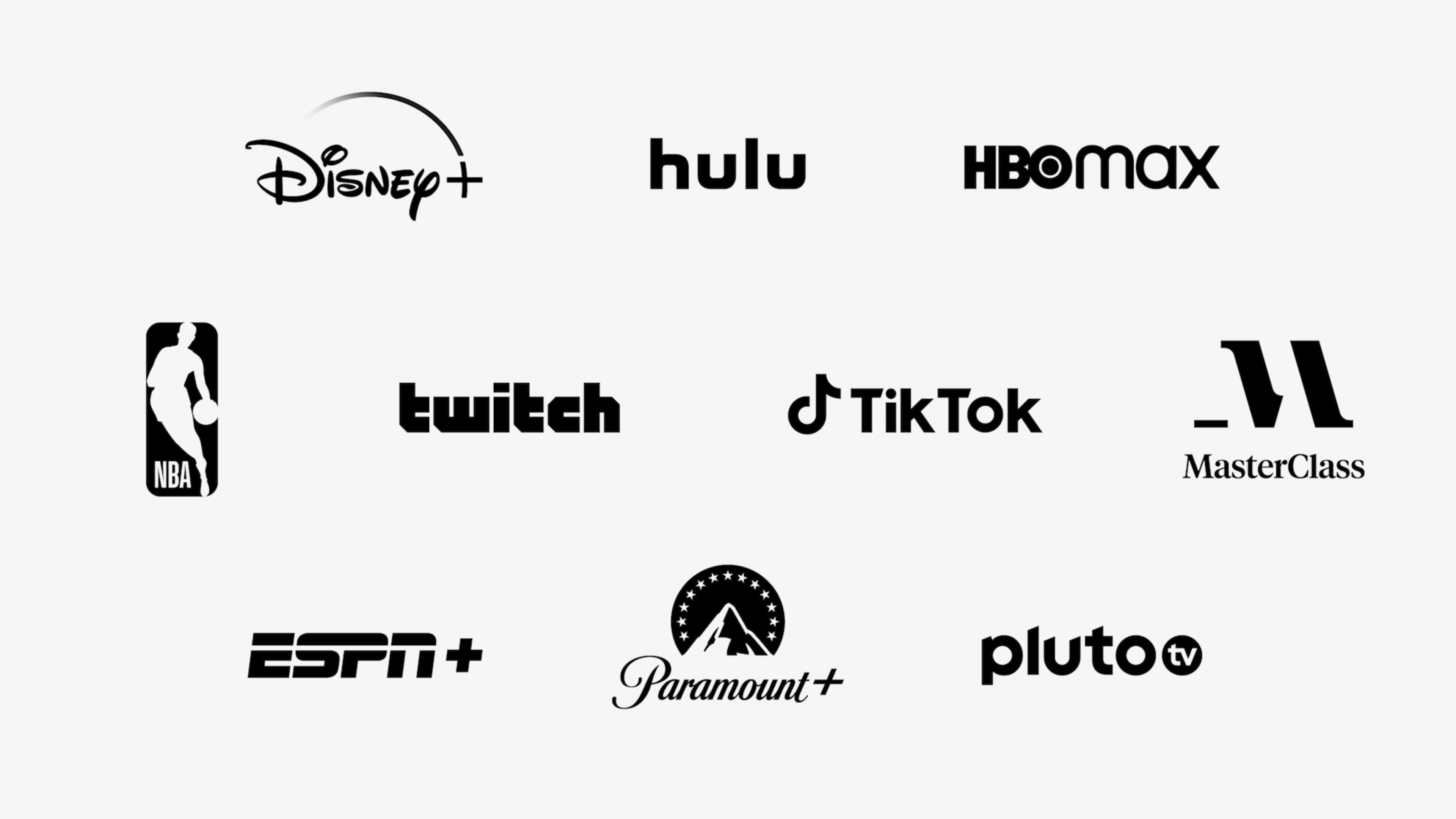 Now let’s switch to Messages. The app is getting better integration with other Apple apps like News, Photos and Music. With items shared via Messages showing up in there. In other words, Messages (and iMessage) is acting as the social layer on top of Apple’s apps. 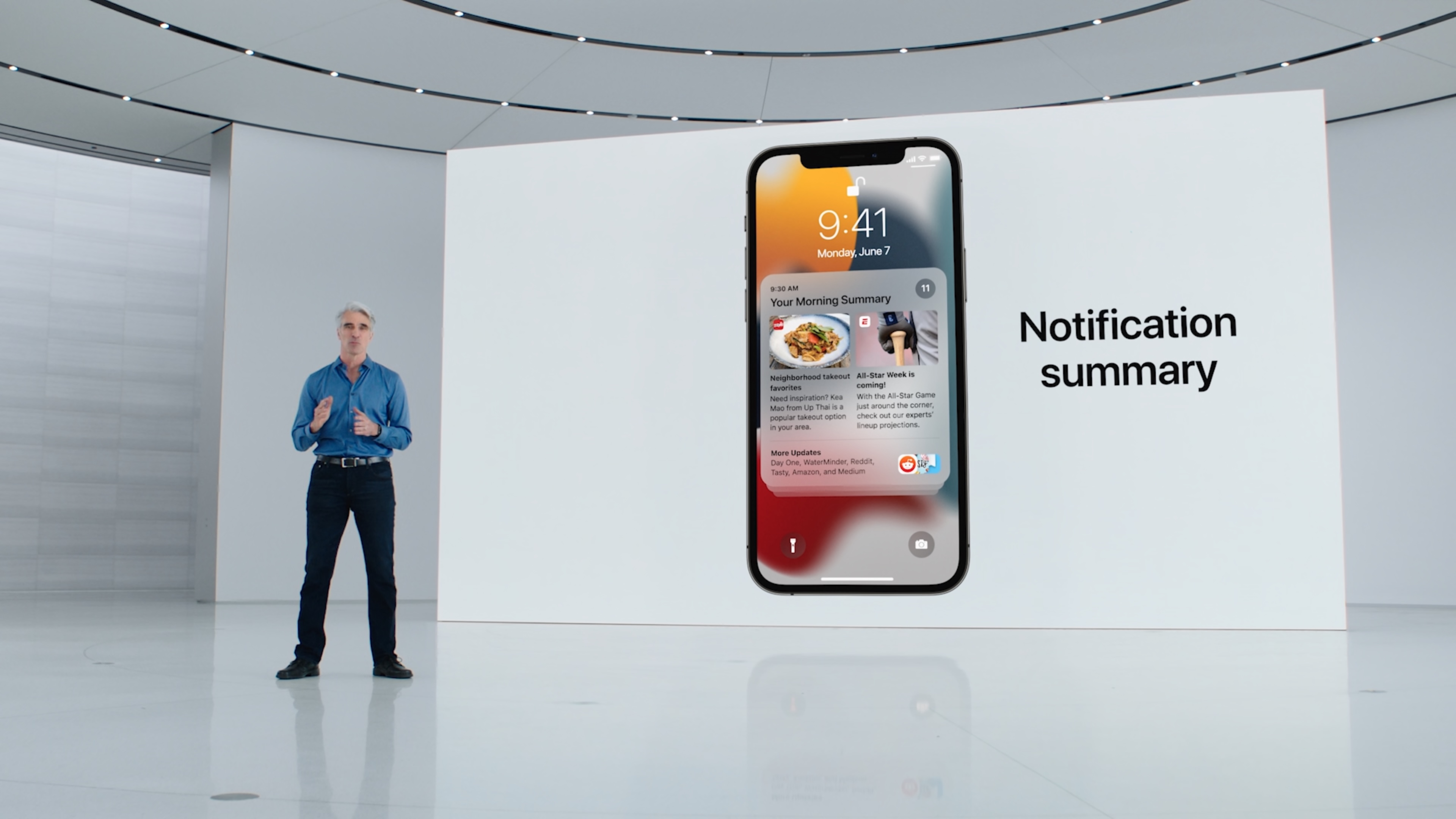 Apple is going to use on-device intelligence to create summaries of your notifications. Instead of being sorted by apps and by date, it is sorted by priority. For instance, notifications from friends will be closer to the top.

When you silence notifications, your iMessage contacts will see that you have activated ‘Do not disturb’. It works a bit like ‘Do not disturb’ in Slack. But there are new settings. Apple calls this Focus mode. You can choose apps and people you want notifications from and change your focus depending on what you’re doing.

For instance, if you’re at work, you can silence personal apps and personal calls and messages. If it’s the weekend, you can silence your work emails. Your settings sync across your iCloud account if you have multiple Apple devices. And it’ll even affect your home screen by showing and hiding apps and widgets.

Apple is going to scan your photos for text. Called Live Text, this feature lets you highlight, copy and paste text in photos. It could be a nice accessibility feature as well. iOS is going to leverage that info for Spotlight. You can search from text in your photos directly in Spotlight. These features are handled on device directly.

With iOS 15, memories are getting an upgrade. “These new memories are built on the fly. They are interactive and alive,” Chelsea Burnette, Senior Manager, Photos Engineering. Memories are those interactive movies that you can watch in the Photos app. Now, you can tap with your finger to pause the movie. While music still plays in the background, your photo montage resumes when you lift your finger.

You can now search for a specific song to pair with a memory. It’s going to be interesting to see in details what’s new for the Photos app.

This is a developing story…