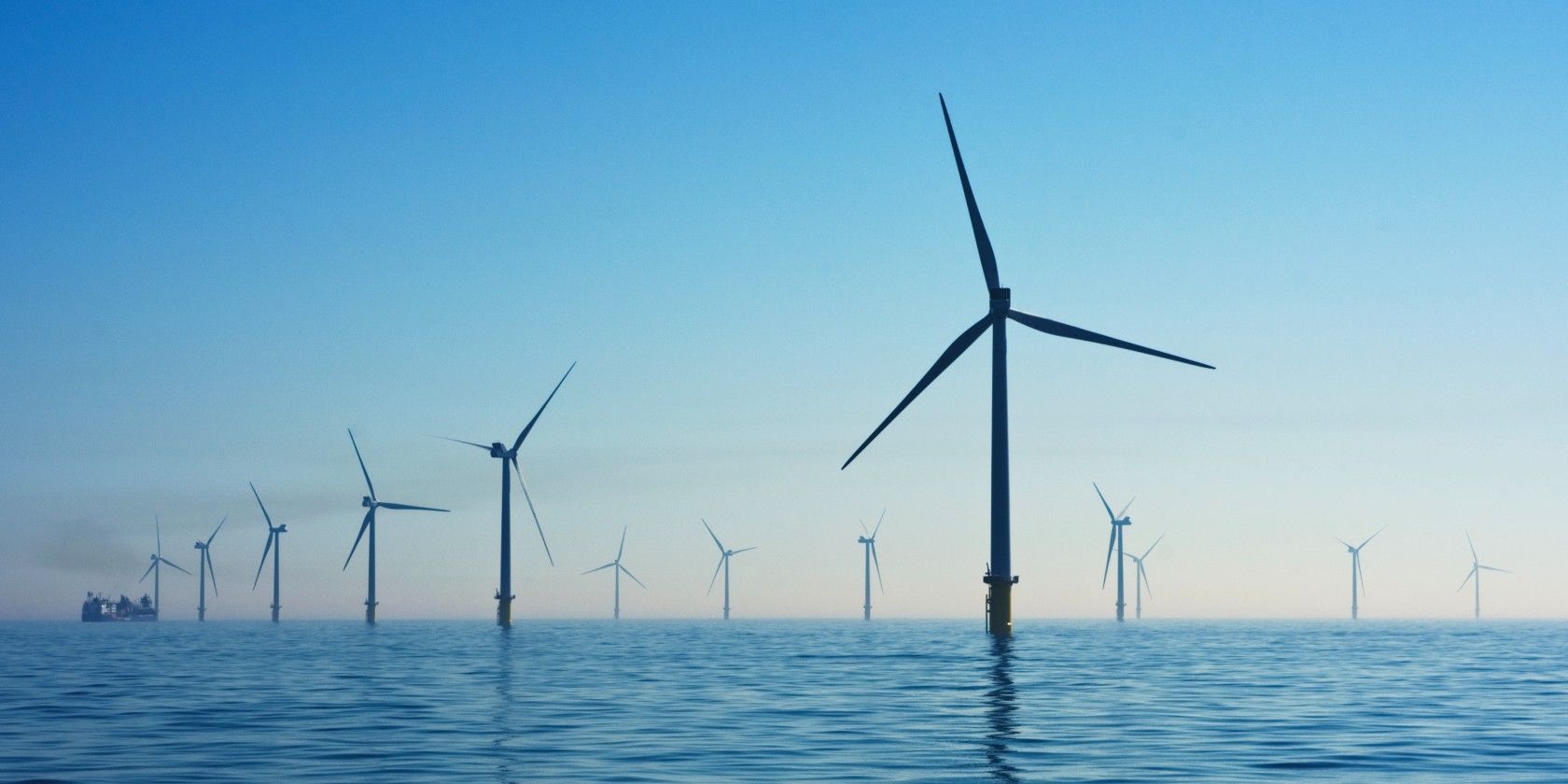 Civilization is under threat. It seems clear that traditional methods of generating electricity are unsustainable and we must find new ways to generate electricity that do not produce as much carbon (or dust off old ones, like natural gas and nuclear power).

However, these forms of alternative energy are not the only game in town. Here are 10 new ways to generate electricity.

Several major cities have established projects that harvest heat trapped in their vast metro systems. The millions of commuters, plus the train engines and brakes, operating in the sealed metro environment generates a huge amount of heat.

Metro operators have long been aware of the heat issue, too, having to spend considerable amounts of money to dissipate the heat through conventional means. However, metro operators are now putting that excess heat to better use: powering and heating local houses and businesses. In London, hundreds of homes around Highbury & Islington are part of a scheme to harvest heat from the London Underground, while similar schemes exist across Europe.

But it isn’t just underground metro services harvesting and converting heat. For example, The 2.5 million-square-foot shopping mecca, Mall of America, utilizes the heat generated by the sheer volume of people passing through it. This heat combats the usually harsh Minnesotan winter—so much so that the building has no traditional central heating system—innovative thinking for the designers, way back in the early 90s.

Related: How Much Energy Does Your Computer Use?

When life gives you lemons, burn the lemons, and use them to power trains.

Sweden’s national customs service confiscates hundreds of thousands of illegally smuggled alcohol each year. Rather than pour it all down the drain, which is a waste, why not convert it into something useful?

Working with Svensk Biogas AB, the Swedish customs agency aims to continue converting this free resource into power for as long as smugglers keep attempting to cross the border. By 2013, bus fleets in more than a dozen Swedish cities ran on biogas, though not all from the smuggled alcohol.

Japan’s population is getting old fast. While the aging Japanese population may be of wider economic concern, Tottori-based Super Faiths Inc.’s innovative SFD Recycling System sees the burden as a power-solution and is certainly an interesting alternative way of generating electricity.

The SFD Recycling System takes used diapers, then sterilizes, pulverizes, and dries them in their patented machine, returning biomass pellets ready for burning in the appropriate furnace, returning around 5,000 kcal per kg recycled.

Not a bad return for an entirely useless landfill article. Capable of “servicing” around 700lb of used diapers per day, the system could well make its way into retirement homes and large hospitals.

4. On the Dance Floor

The kinetic energy generated by our everyday tasks is under the spotlight as underground stations, nightclubs, and gyms begin to utilize piezoelectric harvesting technologies. Piezoelectricity is generated in certain crystals in response to compression force. If you have a surface that’s moving for any reason, you can attach piezoelectric crystals to it and get small amounts of energy out.

The accumulated electrical energy can be used to power services within the same building or area or routed to a new location. Piezoelectricity isn’t an entirely new phenomenon, with DARPA evaluating piezoelectric generators in the boots of soldiers.

However, we utilize piezoelectricity more often than you might think: electric cigarette lighters feature a piezoelectric crystal with sufficient voltage to ignite the gas, resulting in a flame.

In the wild, we have seen Tokyo underground station power its ticket turnstiles and the world’s first sustainable nightclub in Rotterdam, the Netherlands. Piezoelectric energy-generation is also moving into the rail-sector.

Miniature nuclear reactors powered by just one ton of radioactive thorium could feature in a new generation of local power generation schemes. That said, thorium reactors would require high-energy neutrons to trigger their fissile activity, which has led British scientists to begin work on miniature particle accelerators.

A prototype, the Electron Model of Many Applications, or EMMA, operates at around 20 million electron volts, or 20MeV, which is a strong start. That said, a fair degree of skepticism remains around the use of thorium and the practicalities of building and maintaining a larger number of local nuclear reactors.

What could be more exciting or futuristic than a massive solar array, floating on a platform above the planet, beaming wireless electricity toward the Earth’s surface. There are many advantages to this option: no need to take up valuable real estate on Earth and no energy fluctuations caused by weather.

That said, there is a long way to go with this form of alternative electricity generation. Wireless electricity transmission, long-term radiation shielding, meteorite protection, and the sheer cost of putting the equipment into orbit are just some of the stumbling blocks.

But John C. Mankins, President of the Space Power Association and Artemis Innovation, believes that just as nuclear power has received decades of research and billions of dollars of research funding, why shouldn’t there be a serious financial effort toward harvesting solar power from space?

Related: Awesome Solar Power Gadgets Every Home Should be Using

While we’re on the subject of space, let’s talk about solar wind.

The solar wind consists of an enormous number of charged particles emitted by the sun at extremely high speeds. In principle, these particles can generate electricity by using an enormous solar sail and a charged wire, which generates energy from the solar wind passing along it.

According to a preliminary analysis by the University of Washington, the amount of power you can generate is essentially limitless, constrained only by the size of the solar sail you deploy.

Sounds good? It would be—if we could produce and launch such a solar sail into an appropriate orbit.

It’s worth noting that that isn’t as far-fetched as you might think. Japan’s Aerospace Exploration Agency successfully launched IKAROS (Interplanetary Kite-craft Accelerated by Radiation of the Sun) in 2010, becoming the first spacecraft to utilize solar-sailing as its main form of propulsion. Their continued exploration is providing immensely valuable data to research scientists in several key areas.

That said, IKAROS is much smaller than the sails considered, so don’t hold your breath for solar wind to become a practical option in the immediate future.

In 2019, The Planetary Society deployed LightSail 2 as a secondary payload on one of SpaceX’s Falcon Heavy rockets. The LightSail 2 successfully deployed its sail, although its overall success is limited. In The Planetary Society’s words, “About one-third of the time, we [LightSail 2] have been in ‘detumble’ mode, reducing the momentum wheel speed and allowing our torque rods to remove angular momentum from the system.”

Related: What Is Starlink and How Does Satellite Internet Work?

Our oceans are becoming more acidic. As such, Jellyfish populations are soaring. Most of them aren’t for human consumption, but they may prove more useful for another global issue. Swedish researchers have been steadily liquifying large numbers of Aequorea victoria, a glowing jellyfish common to North America’s shores.

The Green Fluorescent Protein (GFP) contained within the jellyfish can be used to create miniature fuel-cells that could be used to power a generation of medical nano-devices. GFP, applied to aluminum electrodes and exposed to ultra-violet light, generates power measuring in the “tens of nano-amperes.”

It’s not insignificant. The development of biological fuels could enable further research into bio-nano technologies that require no external fuel or electrical current to continue functioning. If the technology could be scaled-up, it could be extremely useful in the long-run, especially if our oceanic acidity issue continues.

The research team, led by Manos Tentzeris, has developed the technology to recycle and collect energy from multiple sources, including Wi-Fi, TV channels, handheld electronic devices, and much more. The collection process uses ultra-wideband antennas that can receive a huge range of signals across different frequency ranges.

Radio signals and other electromagnetic frequencies are constantly transmitting all around us. Turning some of those frequencies back into energy would be a game-changer and a highly innovative method of electricity generation.

The holy grail of energy and electricity production is to create it from thin air, creating an endless and inexhaustible energy source. A research team at the University of Massachusetts Amherst believes they have created a device that uses a natural protein to create electricity from the moisture present in the air.

“Air-gen” uses tiny electrically conductive protein-based nanowires. The research team connects the nanowires to a generator, which generates electricity from the humidity and moisture in the air.

At the time of writing, the project remains small scale. But the eventual goal is to scale up to full electricity production.

Renewable Power Sources Will Save the Planet

Some of the energy sources we’ve looked at here are bizarre, but many may have practical applications down the line. Others are already around us, providing us with alternative energy in our day-to-day.

This energy research is critical if we want to stop the planet from wiping us out completely. The planet will survive—we won’t.

Power supply fluctuations can damage your devices. To protect your electronics, you’ll want the best surge protector for your home.