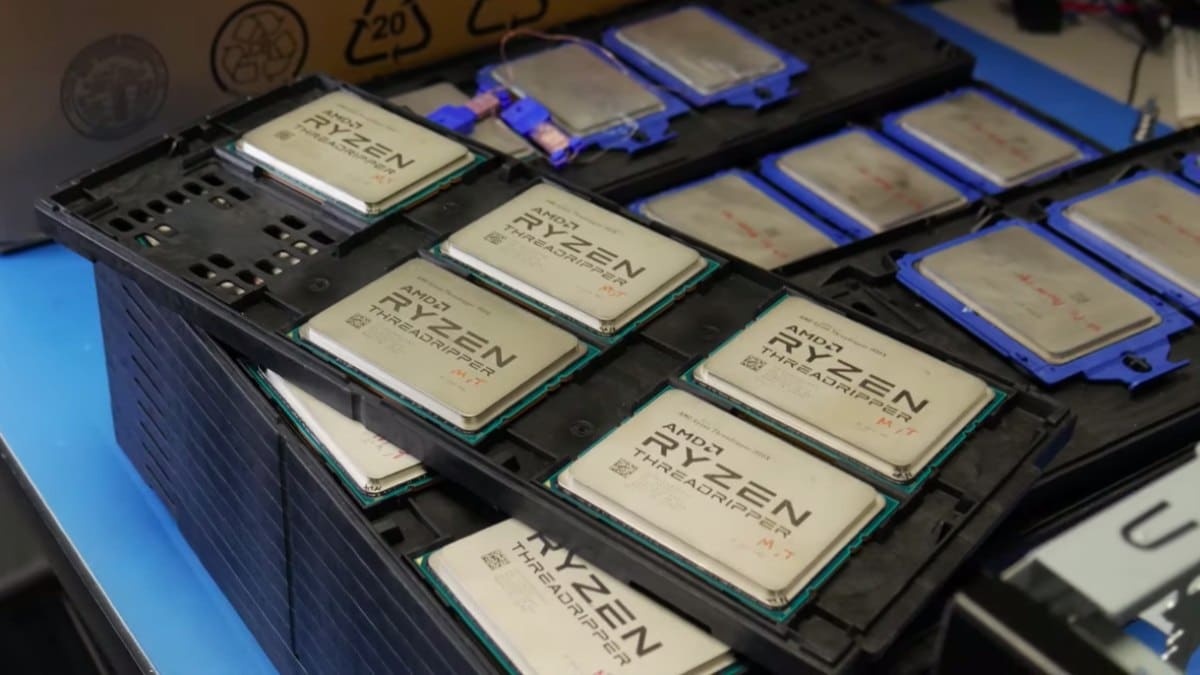 The third-generation Threadripper CPUs are based on AMD’s Zen 2 architecture and manufactured using a 7nm process. They are expected to compete with Intel’s recently announced ‘Cascade Lake-X‘ lineup of X-series processors. Base clock speeds for the Threadripper 3970X and 3960X are 3.7GHz and 3.8GHz respectively, with a common boost speed of 4.5GHz. Both models feature multi-threading for up to 64 and 48 threads respectively. Both also feature 128MB of L3 cache and 280W TDP figures. They use the same modular ‘chiplet’ design as AMD’s current-gen Epyc server CPUs. RAM support officially goes up to 256GB of quad-channel DDR4-3200.

AMD has not commented on rumours of even higher-end Threadripper models with up to 64 cores, although it is not impossible for further announcements to come at a later date.

AMD also announced a new low-end Athlon APU with integrated graphics, which succeeds the Athlon 200GE. The new Athlon 3000G name is more consistent with AMD’s Ryzen numbering scheme. It uses the previous-gen 12nm Zen+ architecture and has just two cores with multi-threading. The base speed is 3.5GHz and there is no boost margin. Radeon Vega 3 graphics come integrated, and the TDP is rated at 35W. Interestingly, this CPU is unlocked for overclockability, which should appeal to enthusiasts on a budget.

Finally, the 16-core mainstream desktop Ryzen 9 3950X which was announced earlier this year is now ready to ship in late November. AMD is claiming performance that beats Intel’s current 18-core high-end desktop part. This CPU will not ship with one of AMD’s own Wraith coolers, as the company claimed in a Reddit post that enthusiasts prefer choosing their own liquid cooling options. AMD recommends at least a 280mm liquid cooler. It will go on sale at its previously announced price of $749 (approximately Rs. 53,042 before taxes).

Jamshed Avari has been working in tech journalism as a writer, editor and reviewer for over 13 years. He has reviewed hundreds of products ranging from smartphones and tablets to PC components and accessories, and has also written guides, feature articles, news and analyses. Going beyond simple ratings and specifications, he digs deep into how emerging products and services affect actual users, and what marks they leave on our cultural landscape. He’s happiest when something new comes
…More