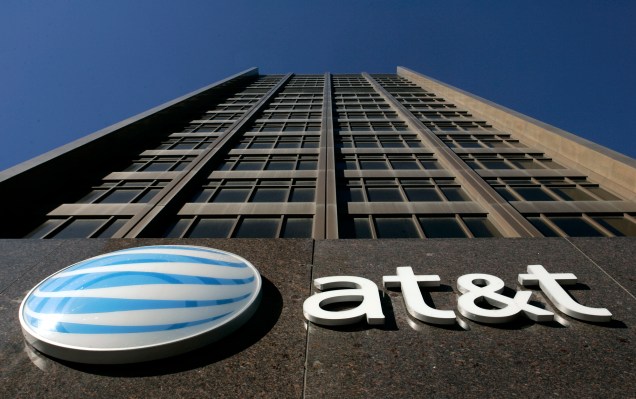 AT&T is being punished at last for its shady claims of plans with “unlimited data” but were in reality nothing of the kind: The company has agreed to a $60 million settlement with the FTC, which has pursued the case for years. Some 3.5 affected customers can expect partial refunds — little more than pocket money, but it’s something.

The complaint was filed almost exactly five years ago, after customer complaints from previous years had piled up. AT&T, after offering truly unlimited data plans for a few years, made changes to how the plans worked but not to how they were advertising. Starting in 2011, the company began throttling customers with “unlimited data” who hit data caps to a fraction of the speed they normally got. We’re talking kilobits here.

Naturally that’s not quite in line with the “unlimited” claims, and some people took AT&T and others to court early on over it. But the FTC’s 2014 complaint indicated that the feds were taking this seriously.

Since the complaint was so obviously true, AT&T attempted to thwart it via process, claiming that the net neutrality rules adopted in 2015 moved the authority to regulate mobile carriers from the FTC to the FCC, retroactively mooting the case. They pursued this ridiculous argument until last year, when a federal court slapped it down and the FTC’s process was allowed to continue unimpeded. And here we are 18 months later with a $60 million settlement.

“AT&T’s bait-and-switch scam is a good window into the many harms that result from dominant companies operating without the discipline of meaningful competition,” said FTC Chairman Rohit Chopra in a spicy statement accompanying the announcement. “Their market power, financial resources, and one-sided information gives them license to ignore their own contractual obligations while aggressively enforcing every little clause in the fine print. Consumers can accept the bad deal, walk away, or fight it, but each choice carries a cost, with dominant firms prevailing almost every time.”

$60 million is a drop in the bucket for a company the size of AT&T, but the FTC action and other pressure also put executives on warning for prioritizing profits over customers with scams like this one.

“The company could have upheld its obligations to its customers by making the right infrastructure investments,” Chopra continued. “It certainly had the money to do so. In 2012, as the company boasted to investors that customers were fleeing its unlimited plan for tiered plans, it spent more on share buybacks than it invested in its wireless network. The bottom line is that AT&T fleeced its customers to enrich its executives and its investors.”

Unfortunately those customers will remain fleeced, as there are some 3.5 million of them and only $60 million to distribute. This will be divided between current and former AT&T customers as follows according to the proposed settlement:

All this will be done “pro rata,” so if you were an early adopter who got throttled every month of your year-long contract to 128 kbps, you’ll get a bigger share than someone who only went over once and got throttled to 512 kbps.

There’s no need to fill anything out or submit a claim; If you’re currently an AT&T customer, you’ll get a bill credit, and if you’re a former customer you should get a check in the mail.

Naturally AT&T is barred from pulling anything like this again: The company can’t claim something is “unlimited” without prominent disclosure of the actual limitations on the service.