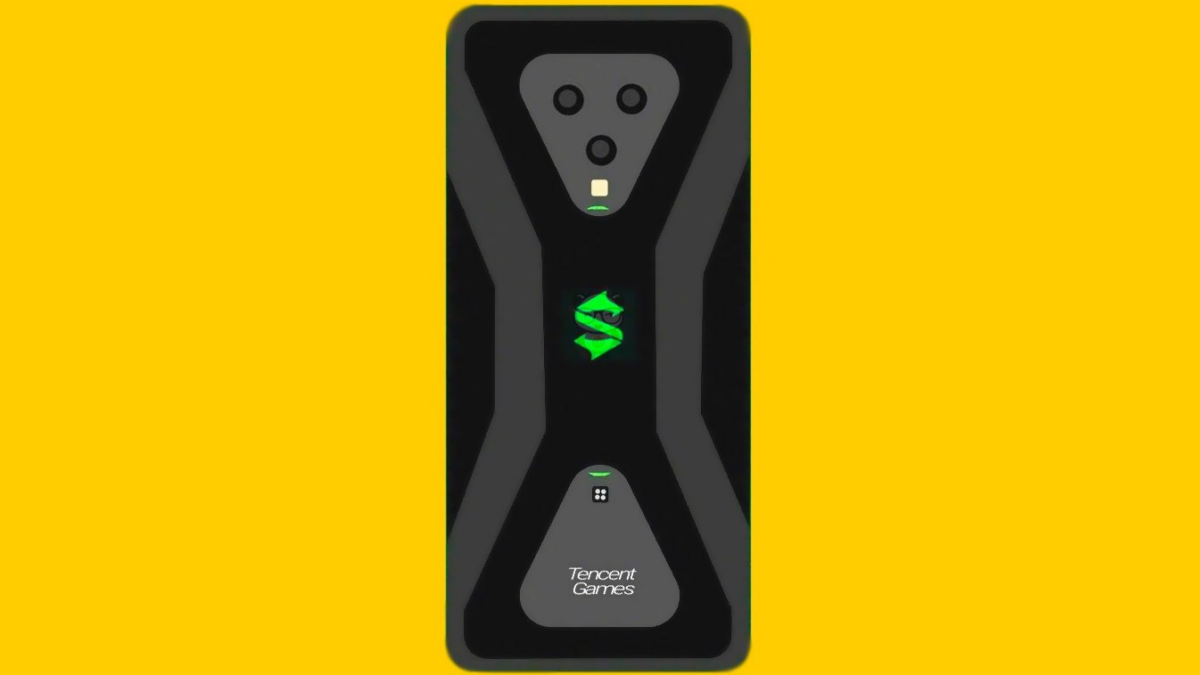 Black Shark 3 announcement is right around the corner and a new render has surfaced online that shows off the back of the phone. Tweeted by a known tipster, the image shows the triple camera setup placed in the triangular frame which matches the triangular frame on the bottom half of the Black Shark 3. The latter houses the magnetic charging connector and the Tencent Games logo. In the middle, is the green ‘S’ logo. The render shows a symmetrical design on the back of the phone which does look visually pleasing.

The image shared by tipster Xiaomishka has the render of the phone against an orange background. The inverted triangular frame on the back has the three cameras and the flash in an inverted pyramid design. There are two sensors on the top, one below them, and the flash below the third sensor. This falls in line with the previously leaked image on Weibo showing a triple camera setup on the Black Shark 3. There are symmetrical lines going from the top to the bottom of the phone.

As of now, we know that the upcoming gaming phone by the Xiaomi backed Black Shark is going to support 65W fast charging, have a 4,720mAh battery, and a 90Hz display with 270Hz touch sampling rate. The Black Shark 3 will be powered by a Snapdragon 865 SoC, will have faster UFS 3.0 storage, as well as LPDDR5 RAM.

Xiaomi CEO Lei Jun previously posted on Weibo, a comparison between what seems to be the Black Shark 3 and the iQoo 3, boasting of a better battery and charging speed for its device. The post also states that the Black Shark 3 will be able to charge up to 2,780mAh, which is more than almost 60 percent capacity, in just 15 minutes.