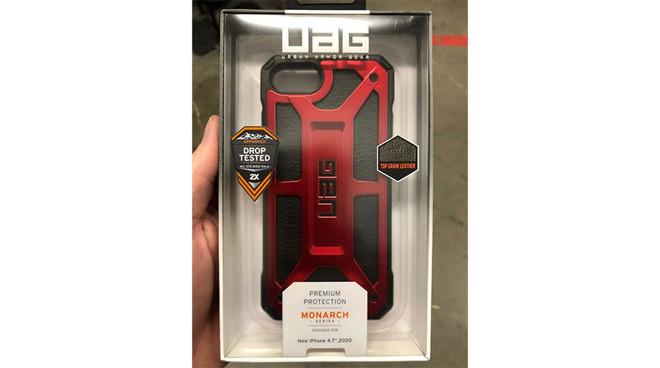 With rumors of a next-generation “iPhone SE 2” aswirl, Best Buy this week reportedly received a batch of cases designed for an as-yet-unannounced 4.7-inch iPhone model that could go on sale in the near future.

Best Buy employees who took receipt of an Urban Armor Gear case created for a “New iPhone 4.7″ , 2020” handset were told not to stock the product until April 5, according to a report from MacRumors.

While the information has not been confirmed, an April 5 release date could point an iPhone debut as early as this week.

Third-party case manufacturers sometimes make bets on leaked schematics to be first to market with protective gear and other accessories. As these firms typically gain inside information from supply chain sources, the practice is by no means a science. However, releases for important products like iPhone have in the past proved fairly accurate bellwethers of Apple’s plans.

Apple is widely rumored to launch a so-called “iPhone SE 2” or “iPhone 9” to fill the needs of customers in the market for mid-range handsets. A follow-up to 2016’s iPhone SE, the next-generation smartphone is expected to boast a design influenced by iPhone 8, which includes a 4.7-inch LCD display and Touch ID biometric security.

According to analyst Ming-Chi Kuo, Apple will turn to an A13 Bionic processor with 3GB of RAM to power the device. The tech giant made a similar move with the first iPhone SE iteration, packing a then-current A9 system-on-chip into the handset.

Reports earlier this month indicated production of Apple’s affordable iPhone was in its final stages, with sources claiming an introduction by late March.