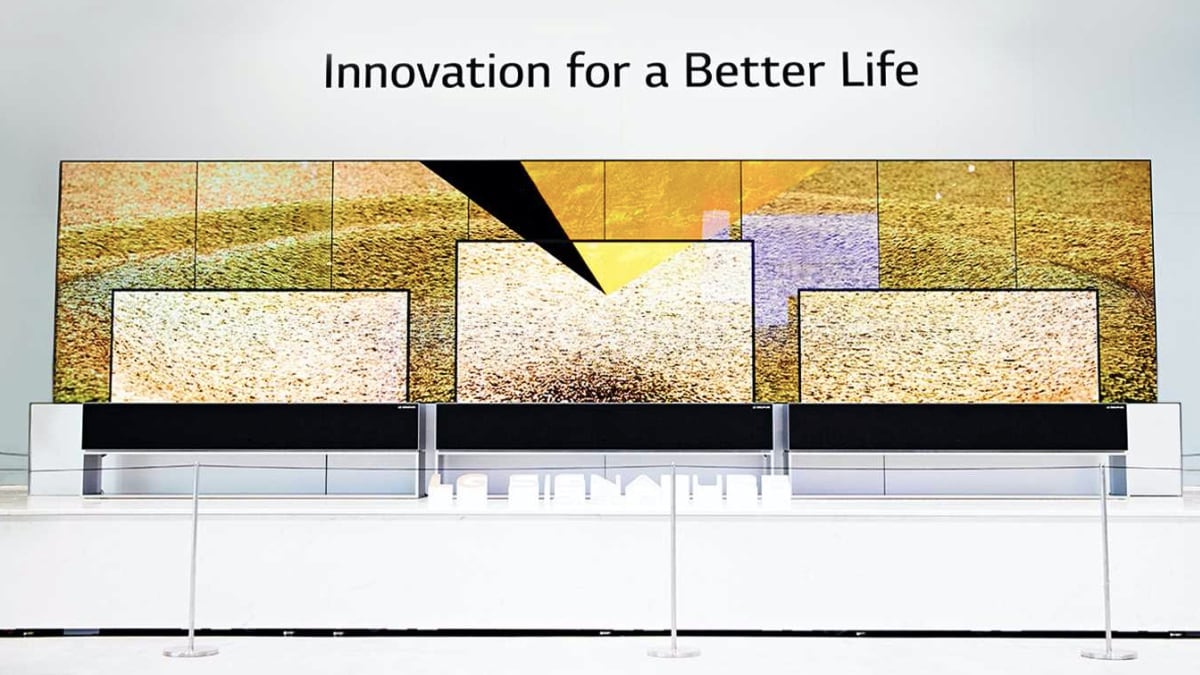 While we pay a lot of attention to things such as resolution and display types on televisions, the ultra-premium segment is tackling the form factor as well. The coming year is likely to bring a few big improvements in the television space, including new form factors such as bezel-less displays, and improvements for rollable TVs. LG last year revealed its first rollable TV that rolls upwards out of a base stand. However, CES 2020 will see the South Korean company release the first rollable television which rolls downwards, according to a new report.

LG will reveal a downward-rolling television that can potentially be mounted into the ceiling, according to a report by South Korea’s Yonhap News Agency. The report cites unnamed sources who state that the implementation could help save living room space. Not much else is known about the product for now, and we’ll have to wait till CES kicks off next week to find out.

Rollable TVs aren’t new for LG; the company revealed its first such product at CES last year. The LG Rollable OLED TV rolls out upwards from an aluminium base stand, and can be rolled out as much as is needed. This can help do away with aspect ratio issues such as black bars, and also let you effectively put the TV away when not in use. However, the base stand would need to stay in place.

While it might seem obvious that the downward-rolling mechanism involves simply flipping the TV around, this isn’t the case; the current technology has no mechanism to re-orient the picture, according to a report by CNET from last year. Mounting the TV into the ceiling would save valuable floor space, but the issue would remain that the television would likely be too high up to view comfortably.

How LG tackles these issues remains to be seen, and we’ll likely find out soon. Another key form factor improvement for televisions that is expected to launch at CES 2020 is Samsung’s Zero Bezel TV, which could be the world’s first truly bezel-less television.