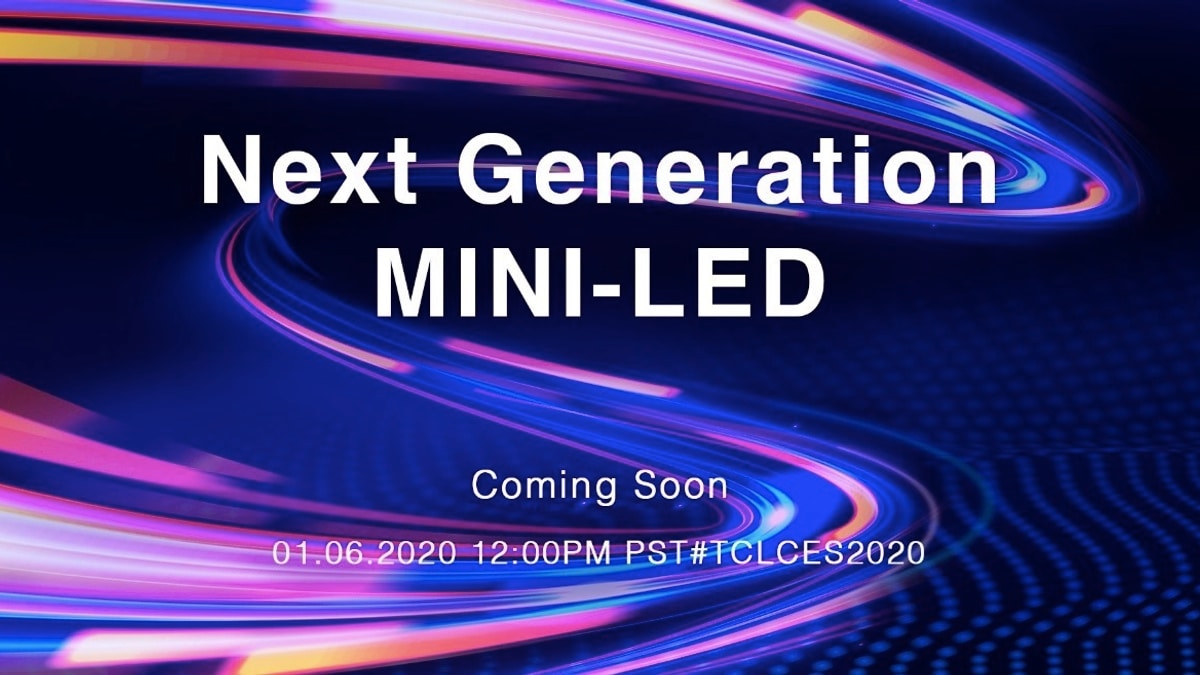 The news was announced by TCL through a press release that states that the next-generation mini-LED technology will be revealed on January 6. TCL has put considerable resources into the development of mini-LED technology that is seen as an affordable alternative to OLED screen technology. The company, earlier this year, launched the TCL 8-series that is its first mini-LED TV series.

Mini-LED is different from OLED and micro-LED technologies in that it is an evolutionary technology of LED itself. It functions similarly to local dimming technology, but is said to allow for many for light zones, allowing for much more effective local dimming that may well appear to be on par with the individual pixel control offered by OLED televisions. Although TCL has only just launched consumer-grade mini-LED products, it’s interesting to note that the company is already ready to kick things up a notch at CES.

The Chinese television maker is present in India with many of its affordable television ranges that are available both online and offline. TCL recently launched its flagship P8M television in India, an 85-inch model running on the Android TV platform.

Ali has over eight years of experience in the technology space, specialising in writing about all kinds of audio gear and TVs. He’s reviewed all kinds of headphones, speakers, audio gear, and televisions over the years, and is the in-house expert on all gadgets with screens and audio drivers. He is of the firm belief that truly wireless earphones are the future, and will always recommend a 4K TV, but not necessarily a smart TV. In his spare time, Ali likes to watch TV shows and movies
…More