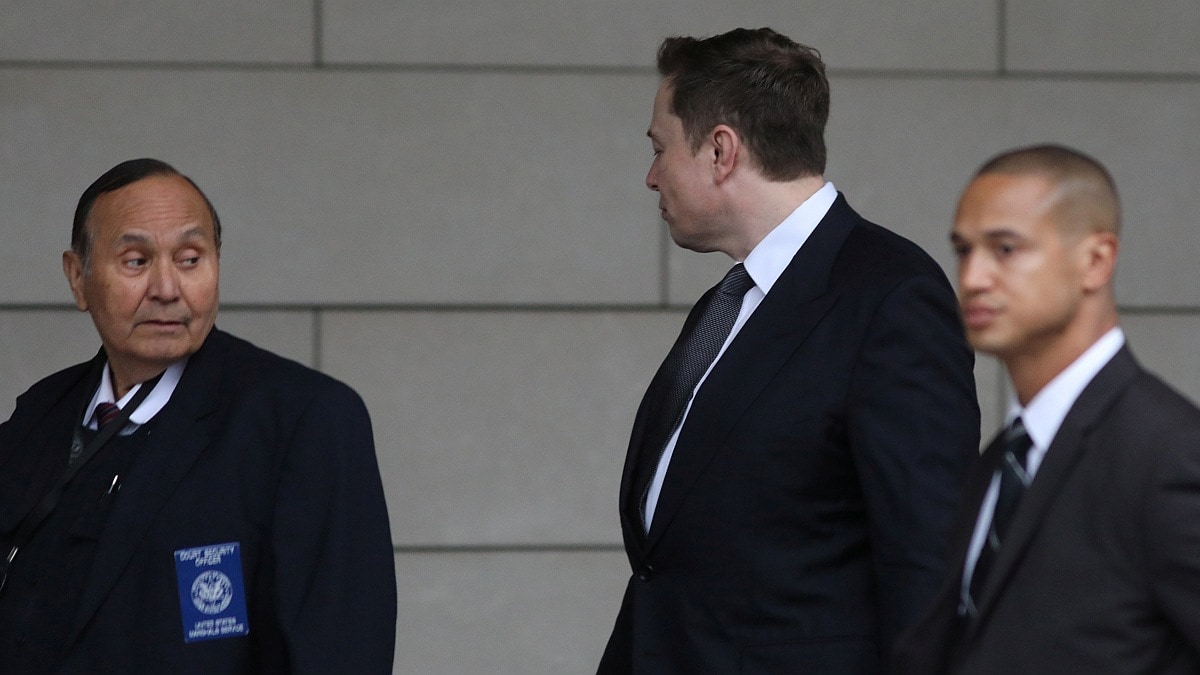 Tesla boss Elon Musk emerged victorious on Friday from a closely watched defamation trial as a federal court jury swiftly rejected the $190 million claim brought against him by a British cave explorer who Musk had branded a “pedo guy” on Twitter.

The unanimous verdict by a panel of five women and three men was returned after roughly 45 minutes of deliberation on the fourth day of Musk’s trial. Legal experts believe it was the first major defamation lawsuit brought by a private individual over remarks on Twitter to be decided by a jury.

The outcome was a triumph for Elon Musk, whose mercurial behaviour in a number of instances last year came under close scrutiny from federal regulators and shareholders of Tesla, his Silicon Valley-based electric car manufacturer.

“This verdict puts everyone’s reputation at risk,” Wood told reporters after the verdict was announced.

> As my client, Vernon Unsworth – a true hero & man of courage – & his legal team knew going into this LA trial, Goliath wins almost every time, especially in his back yard. No regrets on our side of case. Excellent trial for an excellent client – man of integrity. > > — Lin Wood (@LLinWood) December 7, 2019

Other lawyers specialising in defamation agreed the verdict reflects how the freewheeling nature of social media has altered understandings of what distinguishes libel punishable in court from casual rhetoric and hyperbole protected as free speech.

Musk, 48, who had testified during the first two days of the trial in his own defence and returned to court on Friday to hear closing arguments, exited the courtroom after the verdict and said: “My faith in humanity is restored.”

‘Take it on the chin’

Outside the courthouse, Unsworth, 64, said he was resigned to his defeat. “I accept the jury’s verdict, take it on the chin and get on with my life.”

Wood said his client went “toe to toe with a billionaire bully,” echoing a phrase from his summation earlier in court, and indicated to reporters that an appeal was doubtful.

“It’s not the verdict we wanted. But it’s the end of the road and we now close this chapter,” Wood said.

He said he nevertheless saw the lawsuit as meaningful in helping erase the stain he said Unsworth’s reputation suffered.

During the course of the trial, Musk testified under oath that his use of the term “pedo guy” – slang for paedophile – was never meant to be taken literally, and he apologised to Unsworth for the comment from the witness stand.

The case stems from a public quarrel between Musk and Unsworth, a British diver who lives part-time in Thailand and gained fame for his leading role in coordinating the successful rescue of 12 boys and their soccer coach from a flooded cave in that country in July 2018.

Unsworth had chided Musk in a CNN interview for delivering a mini-submarine, which was never used, to the site of the Tham Luang Nang Non cave system. Unsworth called Musk’s intervention a “P.R.” stunt and said the high-tech entrepreneur should “stick his submarine where it hurts.”

Musk responded two days later on Twitter with three posts that became the basis of the defamation case. The first questioned Unsworth’s role in the rescue, while the second said, “Sorry pedo guy, you really did ask for it.”

The third tweet, in reply to a follower who asked Musk about the second tweet, said, “Bet ya a signed dollar it’s true.”

Wood said during his summation that Musk’s tweets were akin to a “nuclear bomb” that would overshadow Unsworth’s relationships and job prospects for years to come and urged jurors to teach the Tesla chief executive and SpaceX founder a lesson by awarding Unsworth $190 million, including $150 million in punitive damages.

Two days earlier, under questioning on the witness stand, Musk had estimated his net worth at $20 billion.

But the jury was apparently swayed by the arguments put forth by Musk’s attorney, Alex Spiro, who said the tweets in question amounted to an off-hand insult in the midst of an argument, which no one could be expected to take seriously.

“In arguments you insult people,” he said. “No bomb went off.”

The defence also said Unsworth failed to demonstrate any harm from the Twitter comments and even tried to profit from his role in the rescue, which won him plaudits from the Thai and British governments.

US District Judge Stephen Wilson had said the case hinged on whether a reasonable person would take Musk’s Twitter statements to mean he was actually calling Unsworth a paedophile.

To win, Unsworth needed to show that Musk was negligent in publishing a falsehood that clearly identified the plaintiff and caused him harm. “Actual malice” on Musk’s part, a high standard in defamation cases, did not need to be proven since the judge deemed Unsworth a private individual, not a public figure.

The trial revived discussion of Musk’s erratic behaviour in 2018, when he used Twitter to float a leveraged buyout proposal for Tesla that was scuttled, ultimately paying $20 million to settle a Securities and Exchange Commission complaint.

For most of 2019, Musk, who has nearly 30 million Twitter followers, has largely kept his public comments focused on Tesla’s new models and improved profitability and on the technical progress of his aerospace company, SpaceX.