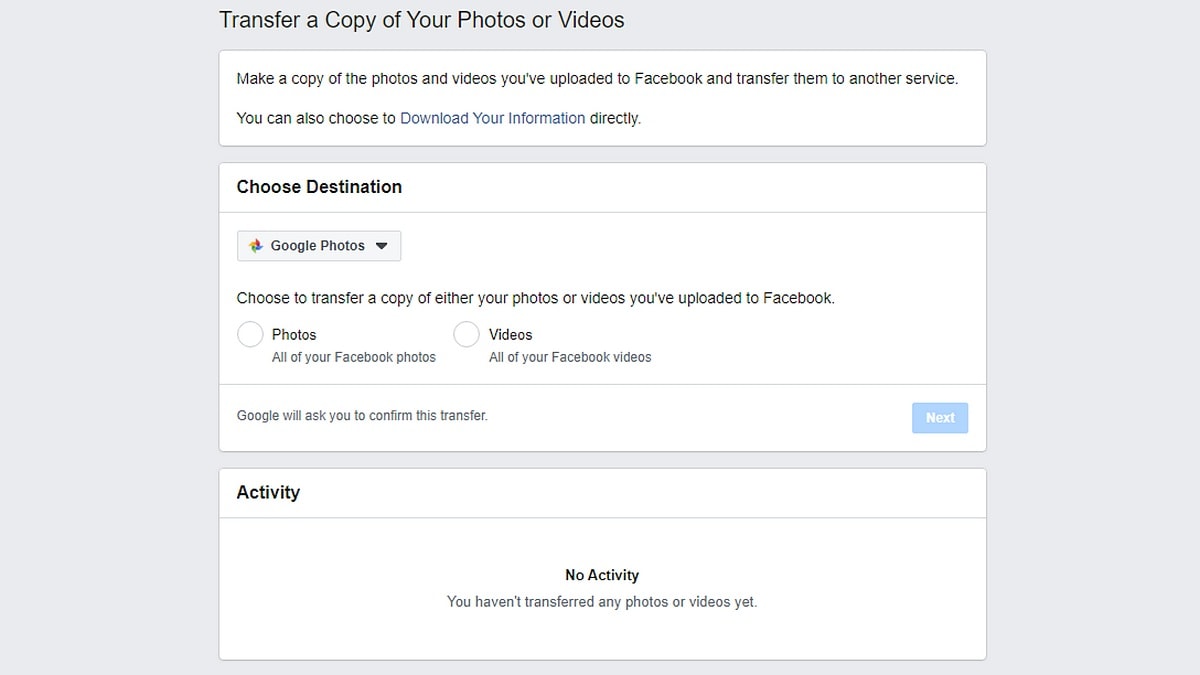 Facebook has been working on expanding the reach of its photo transfer tool to more regions and now, and it is now rolling out to users in United States and Canada. The tool lets users transfer their Facebook photos and videos directly to other services. As of now, it allows transferring to Google Photos. The feature was first introduced in December last year as part of the Data Transfer Project and Facebook has been expanding its reach to other regions ever since.

To access the tool, users have to open the Facebook Settings page, click on Your Facebook Information, and then select Transfer a Copy of Your Photos and Videos. You will be prompted to enter your Facebook password after which you will have to Choose Destination from the drop down. The only option as of now is Google Photos. Choose what you want to transfer (photos or videos) and click Next.

The tool has been available in India for a few months now, and users can transfer their photos and videos to Google Photos by following the aforementioned steps.

The Data Transfer Project was started in 2018 to allow users to easily move their data across the web between online service providers whenever they want. The website states, “It is a collaboration of organizations committed to building a common framework with open-source code that can connect any two online service providers, enabling a seamless, direct, user initiated portability of data between the two platforms.” In July of 2018, Facebook, Google, Microsoft, and Twitter joined the project.