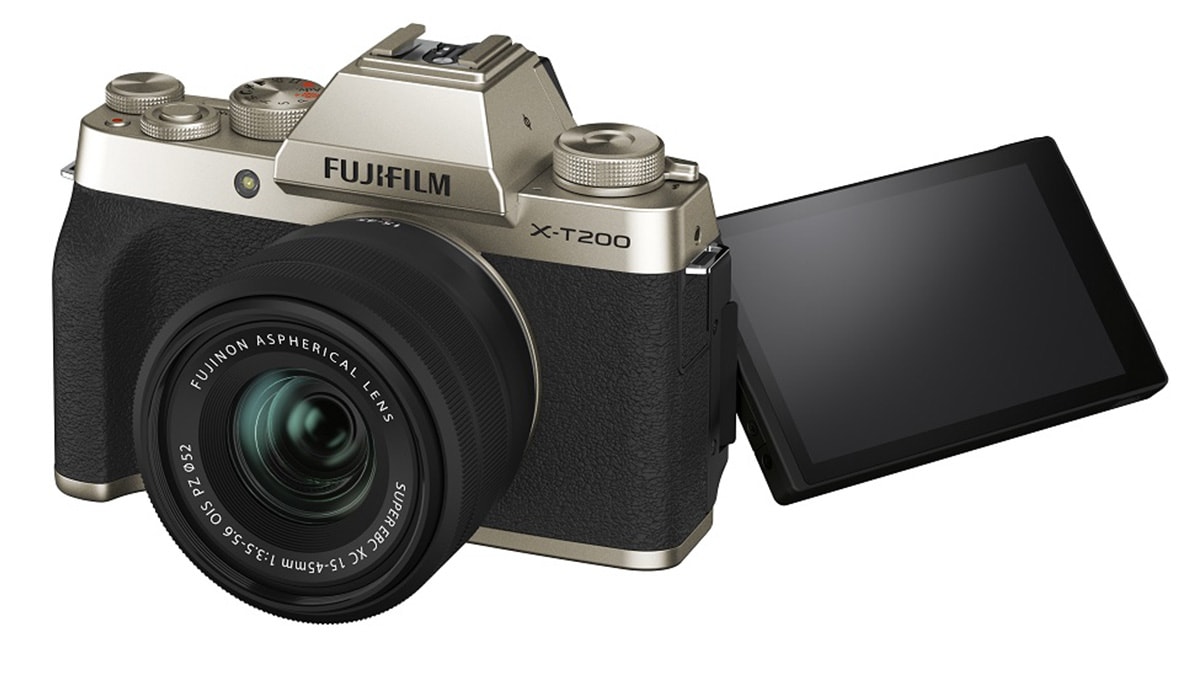 Fujifilm has lunched a new camera called the X-T200 in India, which is designed to be compact and lightweight, while offering features such as a fully articulating touchscreen and 4K video recording. The camera is now available in India at a price of Rs. 66,999, which includes the 15-45mm kit lens. You can also add the 50-230mm lens to the above bundle for a combined price of Rs. 85,999. The X-T200 will be available in three colours — Silver, Dark Silver and Champagne Gold.

The body of the Fujifilm X-T200 weighs just 370 grams and packs in a 24.24-megapixel APS-C sensor. The company says its used copper wiring instead of aluminium for the sensor, which it claims provides around 3.5x faster readout, compared to the X-T100. You also get on-sensor PDAF points for faster tracking of moving subjects, as well as face and eye AF. There’s a 3.5-inch touchscreen display, which can be articulated outwards for better flexibility in shooting.

The Fujifilm X-T200 also offers 11 film simulation modes, including Velvia and Provia. The camera also shoots 4K video, with full-pixel readout equivalent to a 6K resolution and then downsamples it to 4K. The latter works at 30fps or you can shoot at 1080p, up to 120fps.

Commenting on the launch, Haruto Iwata, Managing Director, Fujifilm India said, “The camera industry in India is dynamic and we have witnessed a significant consumption of 4K cameras from the professional segment. Catering to the consumption patterns of the photographers, X-T200, not only offers a novel photography experience to the end users, but also brings the imaging industry to new heights in terms of product design.”

“We are confident that our latest offering will cater to the growing list of professional photographers in India and open up newer possibilities in the imaging space,” he added.