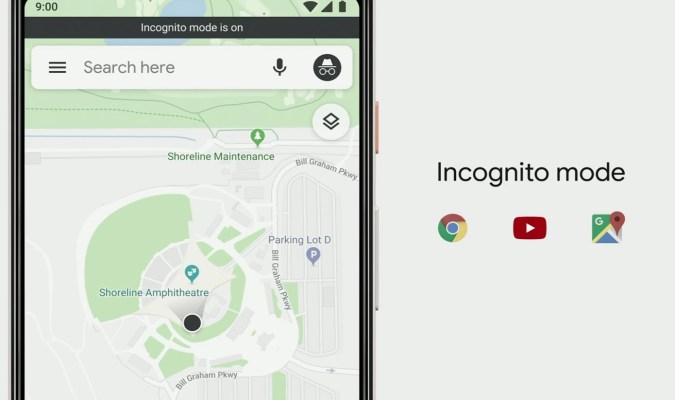 We’ve known for a while now that Google was bringing the “Incognito mode” concept to Maps, allowing you to run searches and find routes without them automatically being tied to your account history.

If you’ve been digging around trying to find the option without any luck, you weren’t just missing it. Though first mentioned back in May at Google I/O, the company says the rollout is just now officially underway.

Word of the rollout comes via a Google Maps support page, as first spotted by AndroidPolice.

It’s a staged rollout, so don’t be surprised if you don’t see the new feature immediately, even if you’re on the latest version of maps. It’s rolling out in batches, beginning with Android users. Google says it should be available to all Android users in “the next few days.”

Once it’s enabled on your account, you can toggle incognito mode on/off by tapping your profile picture, then flipping the switch. Here’s what that looks like:

So why incognito mode? As we wrote back in May: Whether it’s the holiday season and you’re trying to keep your gift-hunting locations under wraps, or you’re visiting a doctor and would just prefer it not pop up the next time a friend grabs your phone for some quick directions, there are all sorts of reasons you might want to leave fewer breadcrumbs. Remember, though, that while it’s less visibly tied to you, it’s still all stored in ways behind the scenes on Google’s end; the company told Wired earlier this month that while Incognito sessions aren’t tied to an account, they are logged with a unique session identifier that gets reset between sessions.