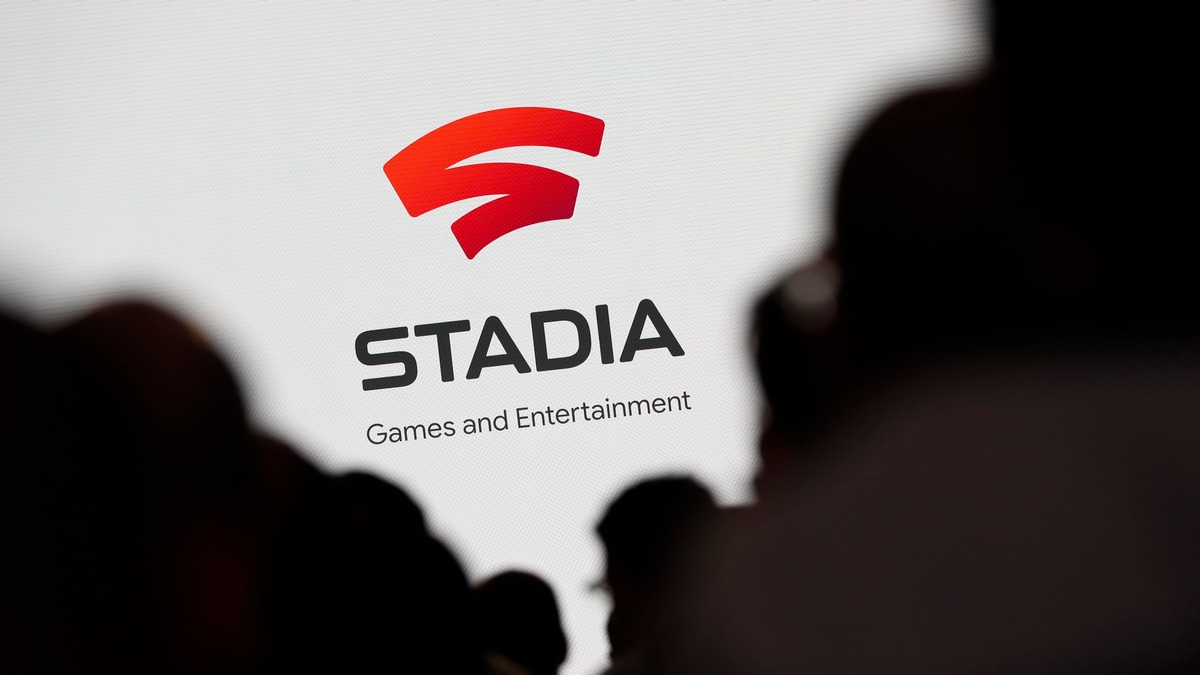 The Google Stadia felt like a miracle the moment I loaded Destiny onto a Google Pixel phone. Sitting in a lounge chair on a rooftop, I was shocked to see that I was able to move my old Hunter around in glorious 60 frames-per-second combat. On a phone!

But moments are fleeting, and latency on Google Stadia – the time difference between your finger pressing a button and the game reacting to it – lasts longer, and leaves a more lasting impression. In fact, it sometimes renders games unplayable. The service can and will likely improve, and already has during the early review period. But that’s the key difference between buying Stadia and just investing in gaming hardware. Google is selling a service – and services can be unreliable.

When played on a browser or LCD 4K TV, horrendous latency plagued singleplayer and multiplayer games, giving a cinematic game like Shadow of the Tomb Raider the feel of an avant garde college grad project, replete with buggy, quick cuts. Precision shots were impossible in Destiny 2. Even walking in a straight line was a challenge in the otherwise lovely indie game Glynt, the console’s only exclusive title.

I should stress that all of this happened while playing Stadia via the Chromecast Ultra, which comes packed with the Founder’s or Premiere Edition consoles (that some won’t receive soon due to shipping delays), or through Google’s own Chrome browser.

On the phone, however, a totally different story emerges. While playing Destiny 2 in 60 fps on a Google Pixel 3a XL over a WiFi connection, there was almost no blurriness and barely any latency. Barring a few noticeable but quick skips during play, the images produced were fast and sharp on the phone’s 2160×1080 resolution screen.

These tests were conducted with my WiFi at home, which gave me anywhere from 45 to 55 Mbps download speeds, well above the 35 Mbps Google says should give me 60 frames-per-second movement in 4K resolution. They were also conducted on The Washington Post’s Gigabit Ethernet and WiFi service. In all cases, the phone outperformed the experience on browsers and TVs.

We tested six titles before Tuesday’s launch: Destiny 2, Red Dead Redemption 2, Mortal Kombat 11, Gylt and Kine. Destiny 2, a 2017 game, is Stadia’s launch centrepiece, and the only other game included with the $9.99-a-month Stadia Pro subscription besides last-minute addition Samurai Shodown. In a last-minute effort to draw more gamers, over the weekend Stadia announced that it would be expanding its launch lineup from 12 to 22 games, many of them over a year old.

The value of playing Destiny 2 on Stadia comes from Bungie’s cross-saving feature, which allowed me to import my PlayStation 4 character into the Stadia version. More than a novelty, it’s a convenient and efficient way to pick up and grind out a few levels in low-stakes gameplay while riding in a car. And you could even get in a few multiplayer rounds from the comfort of your bed.

In fact, Stadia’s value is at its peak with a game like Destiny 2 – and really no other launch title we tested. Red Dead’s shooting and Mortal Kombat’s … well … combat all functioned as expected, at least whenever input lag and streaming latency weren’t an issue. But they’re all otherwise the same old games, just sometimes more fuzzy and less functional as they were years ago.

At the moment, Stadia seems best suited for games that encourage continued, slow progression, especially ones that allow for some cross-platform features like Destiny 2’s cloud saves. Stadia works great for the kind of player who needs to check in on their game throughout the day. There’s a limited selection of games on Stadia that fit this bill. The most glaring omission is Fortnite, arguably the world’s most popular video game.

Fortnite and the new Call of Duty: Modern Warfare would have been two great releases to showcase Stadia’s versatility. While the Stadia isn’t ideal for competitive play, the games’ progression systems don’t require high-level skills. One clear, compelling use case for a Stadia player is the ability to progress in a Fortnite season pass from the neighbourhood library’s computer.

Another disappointing discovery: Games on the Stadia do not feature the graphical options offered on PC releases. Players won’t be able to toggle resolutions, visual or texture effects or frames per second. When it comes to presentation, players are left at the mercy of developers and Google’s servers.

Reviewing Stadia as a service feels a bit like reviewing YouTube. The content isn’t quite there yet, and the service isn’t great either. But this model is presented as an intentional choice.

“It’s a living, breathing service,” Jack Buser, Stadia’s director for games and business development, stressed in an interview with The Post. “The Stadia you see on day one will constantly evolve over time. We’ll be adding new technology, new features, new games. Over time, it’s going to grow, we’ll support more screens, because we’re not limited. We’re actually able to upgrade the technology within our data centres without having the customer buy new hardware.”

Google promised to commit to Stadia, mentioning other successful products like Gmail and the Play Store to engender some faith. But it’s also hard to ignore the literal digital graveyard of past Google efforts. A website called KilledByGoogle.com lists 156 services, 18 apps and 16 hardware ideas scrapped by the company.

So here’s a four-word review on the Premiere Edition in 2019: It’s not worth it. We can’t guarantee it’ll work well with your connection, given the wild variable instability we experienced at The Post even with high-speed broadband capabilities. As reported widely, a host of promised features aren’t available at launch.

The controller, for what it’s worth, is excellent, a pleasure to hold. But the triggers feel a bit looser than they need to be, and future Stadia users will probably be better off using any controllers they already own.

Premiere Editions are still available online for $129 which comes with a controller, a Chromecast Ultra ($69) and a 3-month subscription to Stadia Pro, which gives you Destiny 2 and Samurai Shodown for free. Besides the Chromecast Ultra packed in with the box, Stadia is playable on Pixel phones and tablets running the Chrome operating system. Other devices, like the iPhone, will be available later.

Stadia’s base access will launch next year, and it’s only then that Stadia’s full potential might be seen: As an online storefront to access the latest games immediately. There’s novelty and value in that.

As Red Dead 2’s launch date was moved up, I was able to access the game on my Stadia app immediately. No downloads, no patches nor updates. I just jumped right into the game’s snowy introduction in less than a minute. I still remember the hours it took to download the original. By comparison, playing the game immediately in a browser feels like the future.

Stadia is absolutely paving a new sort of information highway for gaming. My advice today is to stay in your current lane until they finish that work.