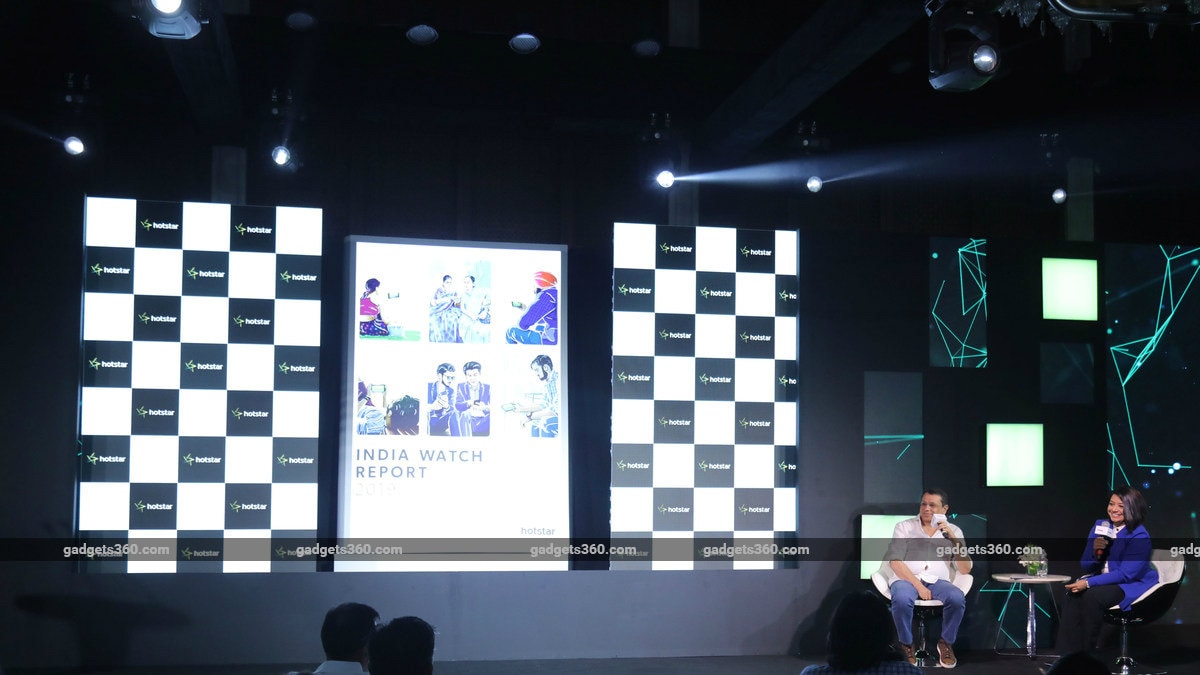 Live cricket and Big Boss Tamil were the highlights for Hotstar in 2019, in which it grew consumption by three time versus last year, per a new watch report unveiled Tuesday. The 2019 ICC Cricket World Cup and the 12th season of the Indian Premier League were the big contributors to the former field. The India v Pakistan group stage match on June 16 delivered 365 million views in the span of eight hours, which Hotstar pointed out was (nearly) three times the views for the Avengers: Endgame trailer on YouTube. Hotstar claims it counts views just as YouTube, which means anyone who saw India v Pakistan for 30 seconds was counted. That’s a low bar for a game that runs into several hours.

Disney APAC president and Star India chairman Uday Shankar, and (departing) Star & Disney India country manager Sanjay Gupta were on hand to launch and discuss Hotstar’s viewing patterns in 2019. Talking about its expenditure on cricketing rights, Shankar seemed to take a swipe at Netflix, whose CEO Reed Hastings revealed Friday that the world’s biggest streaming service was investing Rs. 3,000 crores in content from India: “People come here and say they are going to spend Rs. 3,000 crores on content. Well, welcome to the party. We write one cheque for a (cricket) tournament that’s bigger than that.”

Jokes aside, Shankar noted that the success of Hotstar is built on the back of catch-up TV, powered by Star India’s extensive catalogue. Star’s bouquet of TV channels produce hours of content each day that is available immediately after — or in some cases, prior to TV airing — on Hotstar. Regional content is on the rise and now contributes 40 percent of all entertainment consumption. The biggest of the lot, Big Boss Tamil, had 50 percent more consumption than the top Hindi show, Yeh Rishta Kya Kehlata Hai, on Hotstar in 2019.

As for English content, Koffee with Karan was the most viewed of the lot, with a third of the viewers coming from Mumbai. That doesn’t apply to Game of Thrones — the show you might have expected to clinch the top English TV spot — where Delhi was the biggest city. But though big cities ruled the roost for English content, that’s not the general trend. 63 percent of total video consumption on Hotstar came in from non-metro cities. In terms of city-wise consumption, the likes of Lucknow, Pune, and Patna spent more time on Hotstar than bigger cities in Hyderabad, Bengaluru, and Kolkata. As for demographics, it’s dominated by millennials, as you can imagine, with 81 percent of viewers less than 35 years old. For what it’s worth, the over-35 bracket grew by four percent in 2019.

Some of Hotstar’s 2019 viewing trends are not as easy to believe. Hotstar claims 41 percent of Game of Thrones viewers also watched Hindi family dramas, and more than 40 percent of viewers of family dramas were men. The Disney-owned streaming service added that 45 percent of the total entertainment consumption on Hotstar in 2019 was courtesy of women, growing by 220 percent compared to 2018. The problem with these statistics is that Hotstar doesn’t support profiles on its platform, unlike Netflix, which means families tend to use the same account. That would explain some of this.

In terms of devices and installs, Hotstar claims it had twice as many installs this year versus the last, to an average of 555 installs per minute in 2019. That helped total downloads surpass 400 million and grow consumption by 200 percent. 95 percent of said consumption was on mobile phones, though connected TV devices are on the rise, reporting a 300 percent growth in viewers and a 600 percent growth in consumption, compared to last year. Android users are the most likely to watch sports than entertainment (42 to 58 percent), with TV users favouring the opposite (15 to 85 percent).