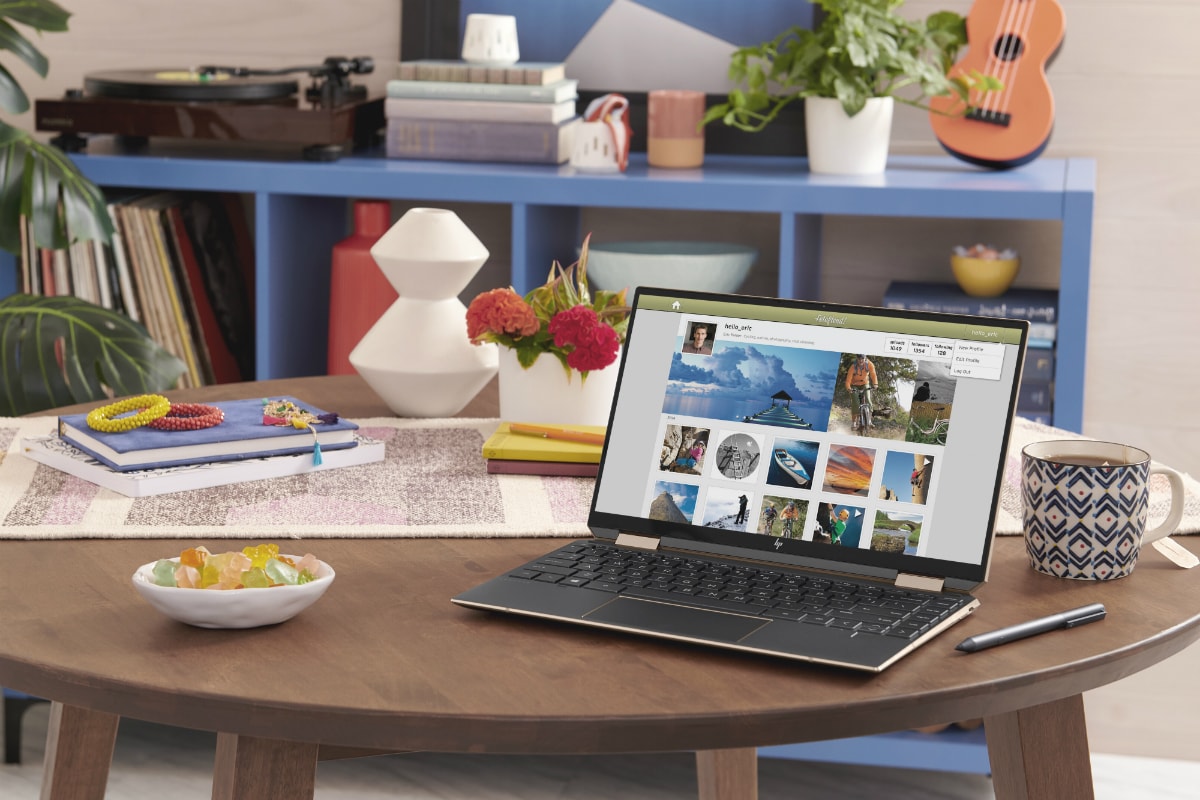 HP has launched its next-generation Spectre x360 13 convertible notebook in India. Introduced globally in late-September, the new HP Spectre x360 13 is specifically designed for modern consumers with a premium design and top-notch hardware that includes the 10th generation Intel Core processors along with Iris Plus graphics. The new convertible is also touted to be 13 percent smaller than its predecessor but with a whopping 90 percent screen-to-body ratio. HP has provided up to 4K OLED display that is capable of producing 400 nits of brightness. The HP Spectre x360 13 is also made of a sleek metallic build that flaunts gem-cut and dual chamfer angular edges.

The new HP Spectre x360 13 price in India starts at Rs. 99,990. The notebook will go on sale through across 150 HP World Stores in over 50 cities, HP Online Store, and e-commerce portals such as Amazon and Flipkart. Moreover, it comes in Nightfall Black with Copper Luxe accents and Poseidon Blue with Pale Brass accents.

The new HP Spectre x360 13 is claimed to come with a 13 percent smaller size over last year’s convertible — with the top border reduced by 12mm and the bottom border reduced by 15mm. Despite the smaller appearance, the new notebook has retained the 13.3-inch display size that was available on the previous Spectre x360 13. The display is backed by the 4K OLED or full-HD panel that supports HP’s True Black HDR technology for a 100,000:1 contrast ratio. There is also a factory colour calibration with Delta E <2 for 30 percent wider colour range over the prior generation.

Under the hood, the HP Spectre x360 13 refresh model comes with a quad-core 10th generation Intel Core processor that is claimed to deliver two times the performance of the previous generation. The convertible also comes with the latest range of connectivity options, including Wi-Fi 6 (802.11ax) and 4×4 Gigabit LTE for 122 percent faster speeds over Cat9 2×2 configuration. Similarly, HP says that there is an integrated functionality with USB Type-C port placement angled in the right corner to provide an improved cord management.

The Spectre x360 13 also has ThunderBolt 3 support as well as one USB 3.1 Gen 1 Type-A port, one headphone/ microphone combo, one HDMI 2.0 port, and microSD card slot.

There are preloaded features such as HP Command Center and HP Network booster to optimise system performance. The Spectre x360 13 also has the HP Webcam Kill Switch that lets users safely switch the webcam on or off with a press of a button. Further, there is a dedicated mute mic with LED key to turn on or off the built-in microphone.

HP has provided Windows Hello support on the new Spectre x360 that uses the IR camera (available at 2.2mm size) or the built-in fingerprint reader to unlock the system — without requiring any passwords to be entered. The new HP Spectre x360 13 packs a 4-cell, 60Whr battery that is rated to deliver up to 22 hours of power on a single charge.