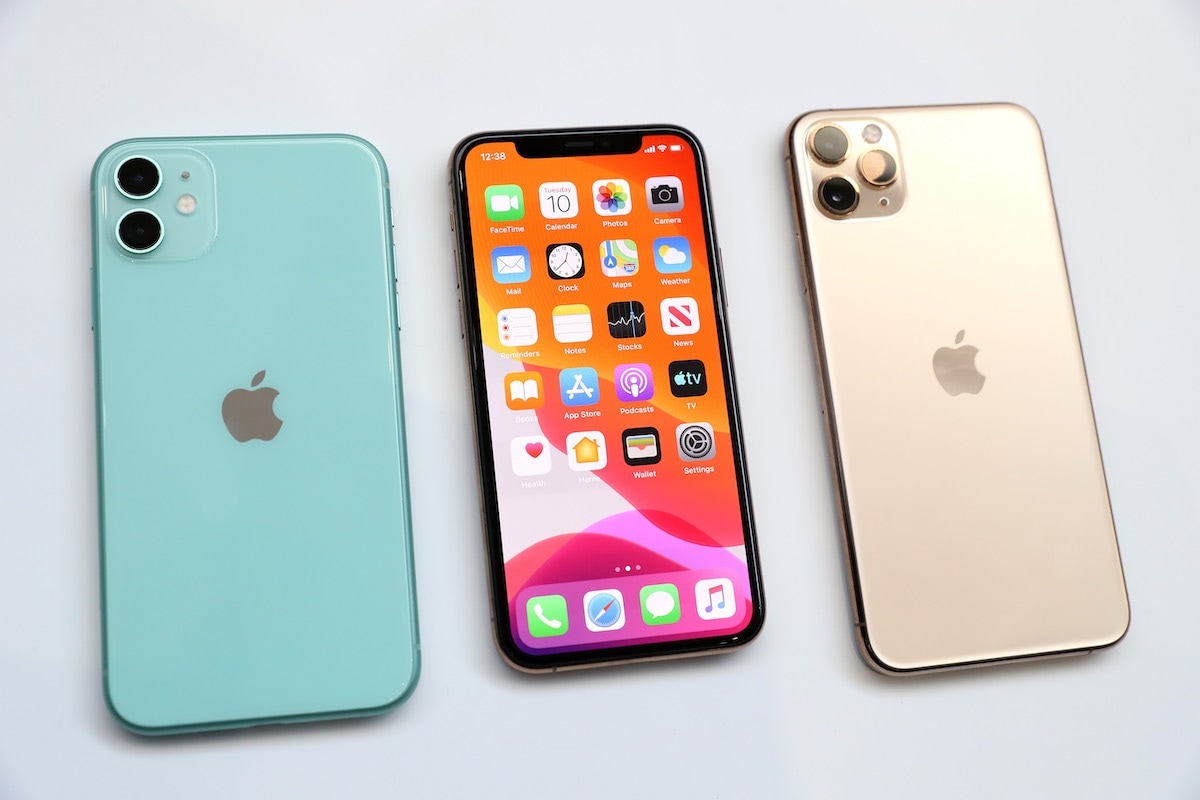 Apple has released iOS 13.2 for all compatible iPhone models. The new iOS update brings the anticipated Deep Fusion camera feature for the iPhone 11 and iPhone 11 Pro models that come with the A13 Bionic Neural Engine. The iOS 13.2 update also includes a list of new and updated emoji characters as well as brings support for the newly launched AirPods Pro. Alongside the latest iOS update, Apple has brought iPadOS 13.2 for all compatible iPad models. The new iPadOS, just like its previous iterations, matches the changelog of iOS 13.2. Apple has also brought tvOS 13.2 with support for the AirPods Pro. The new tvOS update comes over a month after the release of tvOS 13.

The first and the much-awaited change that iOS 13.2 brings is the addition of Deep Fusion that Apple showcased at the launch of the iPhone 11 series last month. The new feature utilises the A13 Bionic Neural Engine to enhance texture, detail, and reduce noise in photos taken under a low-light environment. Apple Senior Vice President Phil Schiller while previewing the new feature last month called it “computational photography mad science.” Moreover, the feature, which debuted on iOS 13.2 beta earlier this month, is limited to the iPhone 11, iPhone 11 Pro, and iPhone 11 Pro Max, and is available by default — without any particular option to enable or disable its effects. 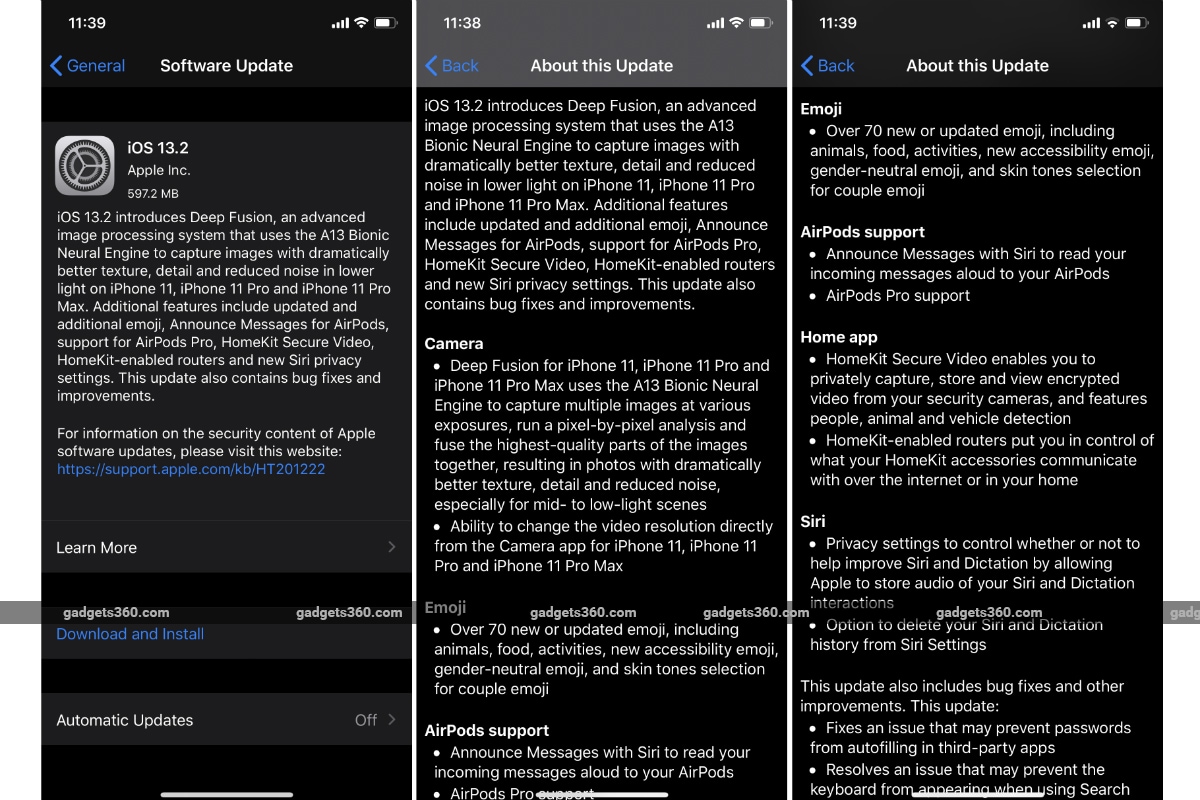 iOS 13.2 is now available for download on compatible iPhone and iPod touch models

The iOS 13.2 update as well as iPadOS 13.2 also bring over 70 new or updated emoji characters, including animals, food, activities, new accessibility emoji, and gender-neutral emoji among others. There is also an option to easily select skin tones for the couple emoji, which was spotted in a beta version earlier this month.

For privacy advocates, iOS 13.2 and iPadOS 13.2 come along with the privacy settings to let users decide whether they want or don’t want to allow Apple to store the audio of their Siri and Dictation interactions. The Cupertino company promised to offer the opt-in feature following a public outcry over its “grading” programme for Siri that it suspended in early August. 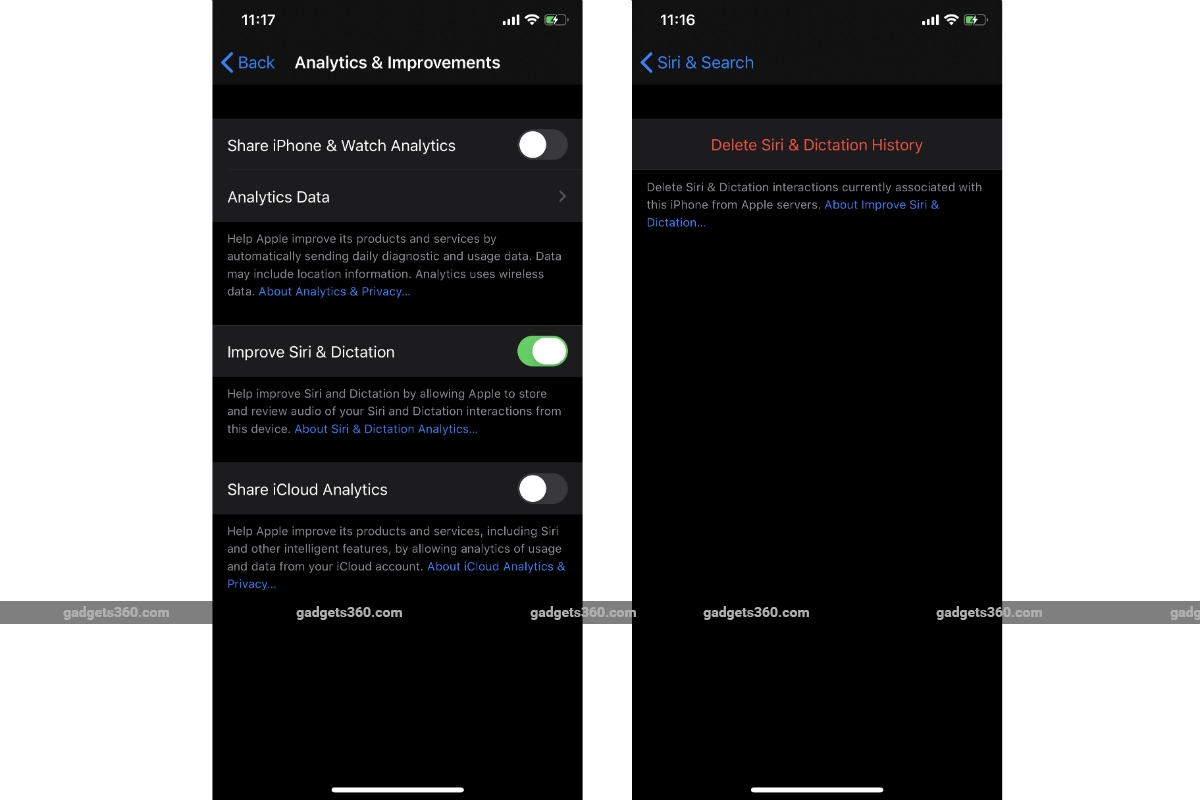 The iOS 13.2 and iPadOS 13.2 updates also include support for AirPods Pro that were launched on Monday as the company’s first noise-cancelling, in-ear headphones. There is also the Announce Messages with Siri feature to let you allow Siri to read your incoming messages aloud to your AirPods.

Apple has additionally updated the Home app with HomeKit Secure Video and support for HomeKit-enabled routers.

The changelog provided by Apple also underlines that there are fixes for the Markup annotations, iCloud Backup, and AssistitiveTouch. Moreover, the security additions to iOS 13.2 and iPadOS 13.2 will be provided soon to the Apple support page.

To download iOS 13.2 or iPadOS 13.2 on your iPhone or iPad, visit Settings > General > Software Update. Make sure your device has sufficient amount of battery and is connected to a Wi-Fi connection.

In addition to iOS 13.2 and iPadOS 13.2, Apple has brought tvOS 13.2. The new tvOS update is compatible with the Apple TV 4K and Apple TV HD. While the feature list of the new software version hasn’t been released formally, the update is likely to include bug fixes and performance improvements. You can also expect some fixes related to the issues that emerged through tvOS 13 last month.

To download tvOS 13.2, open the Settings app on your Apple TV and then go to System > Software Update. The update may have already reached your device if you’ve enabled the automatic updates option for your Apple TV device.