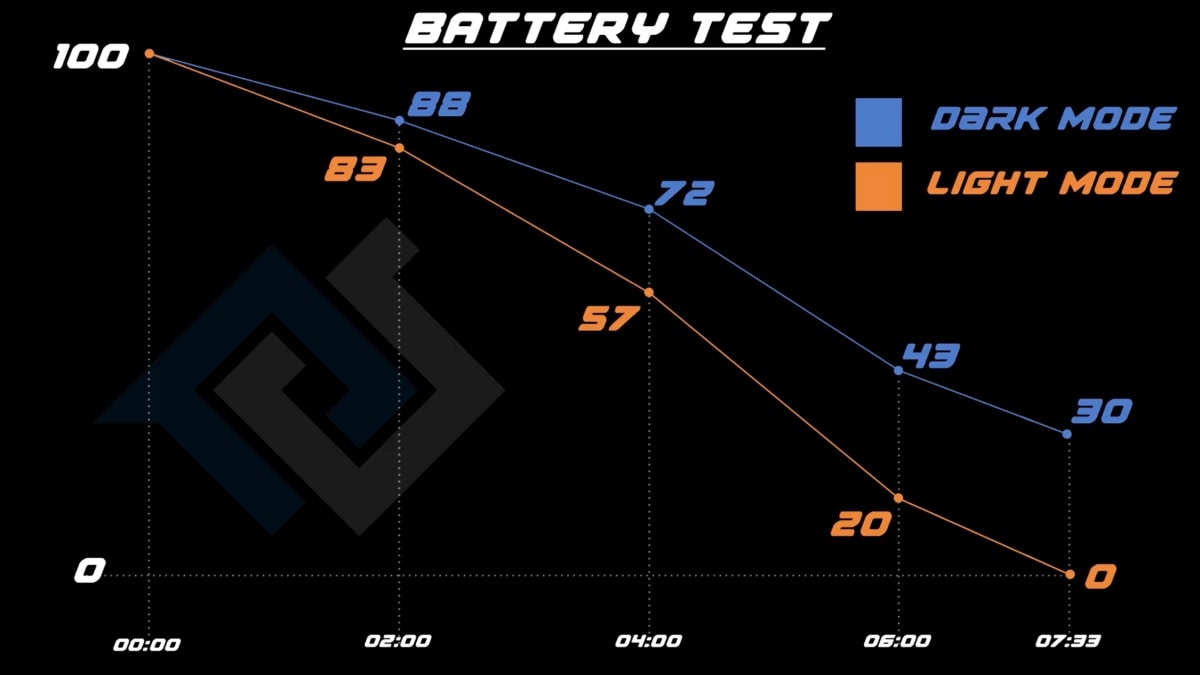 Dark mode has slowly started making its way onto smartphones. Apple has introduced this feature in iOS 13 and Google is doing the same with Android 10. Even app developers are doing their bit to include a dark mode in their app. Popular smartphones apps have already implemented the feature while a few others are working on implementing it. iOS 13 dark mode it seems has a massive impact on the battery life of an iPhone with OLED screen, and the iPhone XS, for example, shows as much as a 30 percent improvement in battery life.

The Dark mode is known to be easier on the eyes while using a smartphone at night or in a dimly-lit environment. But based on the tests carried out by PhoneBuff on an Apple iPhone XS, it is safe to say that it has a positive impact on the battery life of a smartphone. PhoneBuff carried out tests on an iPhone XS, with and without night mode to measure the impact it has on the battery life of this smartphone and the results were interesting, The display of the iPhone XS was set to 200 nits of brightness for the test.

It isn’t surprising that Dark mode has such an impact on AMOLED and OLED displays as these panels switch pixels off completely for a black background resulting in battery saving. PhoneBuff also repeated the Twitter scrolling tests at 100nits of brightness to simulate indoor conditions which resulted in 5 percent battery-saving thanks to dark mode. The same test at 300 nits resulted in a bigger battery-saving of 12 percent.

So, if you do have a smartphone with an OLED display, you can expect better battery life with the Dark mode enabled. An LCD panel does not show a huge difference as the backlight still stays on at all times resulting in similar battery drain irrespective of Dark mode.