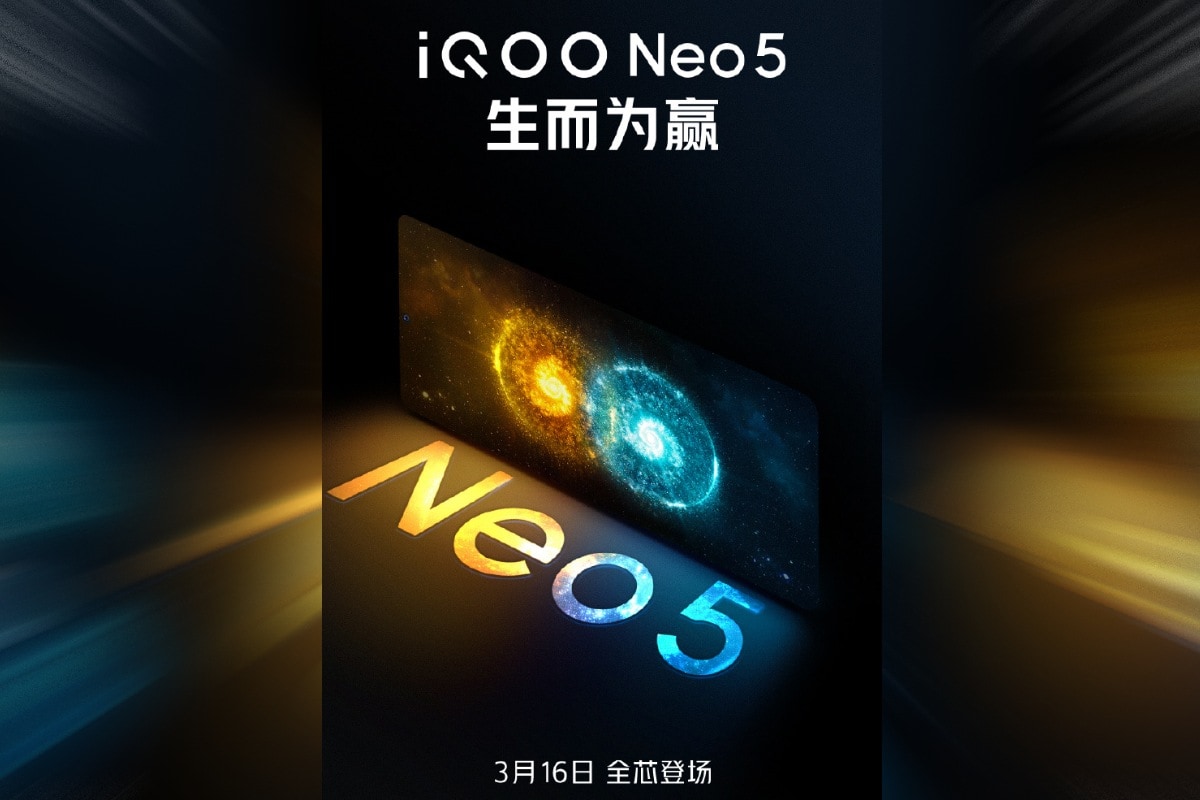 iQoo Neo 5 is set to launch on March 16, Vivo sub-brand iQoo has revealed through a teaser posted on Weibo. The new smartphone will be the successor to the iQoo Neo 3 5G that was unveiled in China in April last year. The iQoo Neo 5 is speculated to come with the Qualcomm Snapdragon 870 SoC, which was introduced last month and featured on the recently launched Xiaomi’s Redmi K40. The iQoo Neo 5 is also rumoured to have Samsung’s Super AMOLED display as well as a multi-camera setup at the back.

One of the official iQoo accounts on Weibo has released the teaser showing the launch date of the iQoo Neo 5 in China. The teaser image suggests a hole-punch display design on the upcoming phone. However, other details about the iQoo Neo 5 are yet to be revealed.

According to the tipped specifications, the iQoo Neo 5 will come with a 120Hz Super AMOLED display made by Samsung and feature a 16-megapixel camera sensor at the front. It is also rumoured to have a triple camera setup at the back, with a 48-megapixel Sony IMX598 primary sensor, along with a 13-megapixel ultra-wide-angle shooter and a 2-megapixel macro shooter.

The iQoo Neo 5 is also said to come with Qualcomm Snapdragon 870 SoC, along with up to 12GB of RAM and up to 256GB of onboard storage. Further, the phone is rumoured to have a 4,400mAh battery with 88W fast wired and 66W wireless charging support. It is also speculated to come with dual stereo speakers.